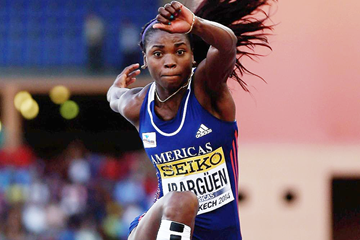 Olympic champion and serial serial winner Caterine Ibarguen of Colombia has already put together an astonishing finale to her season by winning the Diamond trophy in her most familiar event in Zurich before going on to Brussels the next day to secure another trophy in the long jump.

Ibarguen leads this season’s list with 14.96m, but if she shows any sign of fatigue, her Americas teammate Tori Franklin of the United States, who has managed 14.84m this season, will take advantage.

And there is also the lurking threat of Kazakhstan’s Olga Rypakova, who beat Ibarguen to the 2012 Olympic title and ended her winning run of 34 events with victory at the IAAF Diamond League meeting in Birmingham in 2016.

Rypakova has only managed 14.26m this season, however. Europe will be strongly represented by Greece’s European champion Paraskevi Papchristou, who has reached 14.60m this season, and Germany’s Kristin Gierisch, the European silver medallist who has a 2018 best of 14.45m.