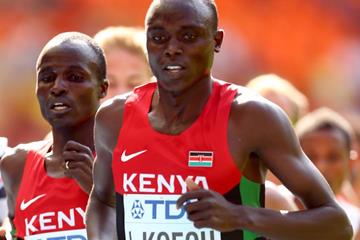 Asia-Pacific representative Albert Rop is the fastest man in the field in 2014, thanks to a 13:06.44 clocking at the IAAF Diamond League event in Eugene in June, but the 22-year-old Kenyan-born Bahraini runner faces a host of threats in what promises to be an intriguing 13-and-a-half-lap battle.

Africa’s Isiah Koech is the pedigree man. The 20-year-old Kenyan won the world youth 3000m title back in 2009 and took bronze in the 5000m at the IAAF World Championships in Moscow last year. He also finished runner-up to compatriot Caleb Ndiku in the Commonwealth Games 5000m final in Glasgow in July.

Koech finished just behind the fourth-placed Rop in Eugene – fifth in 13:07.35 – and will start as the favourite. However, there is no shortage of contenders capable of making a mark.