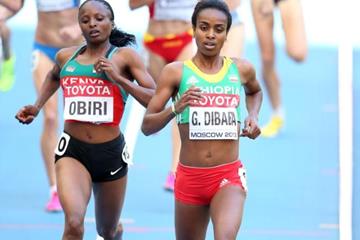 Although she didn’t quite live up the lofty hype thrust upon her after producing a pair of sensational world indoor records earlier this year, Genzebe Dibaba has performed admirably over distances ranging from 1500m to 5000m and will be the woman to beat in the 3000m here.

She’ll face Kenya’s African bronze medallist Janet Kisa, who clocked a career best of 8:32.66 in Brussels. The pair squared off twice in 2014, with Dibaba prevailing on both occasions.

Mimi Belete, who’ll be doubling back in the 1500m, leads the Asia-Pacific squad. She clocked a personal best of 8:30.00 in Doha this year. In a tactical race, European 5000m champion Meraf Bahta of Sweden could also be a factor.