Malika Asahssah heads to the Corrida de Langueux with two 10km wins under her belt this season and the Moroccan hopes to make it a third over the distance at the IAAF Bronze Label Road Race on Saturday (13).

Asahssah has twice smashed her 10km PB already this year. She clocked 31:30 to win in Taroudant in March and then triumphed in Laredo two weeks later with a time of 31:00, winning by more than two minutes.

If she is able to replicate that form in what will be her first race on French soil, the 32-year-old could break the 31:48 course record set by European marathon champion Christelle Daunay in 2012. She would also become the first Moroccan woman to win this race.

But her opposition will likely be tougher than in her two most recent races.

Ethiopia’s Amane Beriso won the Rome-Ostia Half Marathon earlier this year with a PB of 1:08:43, which is almost half a minute faster than Asahssah’s best for the distance.

Fellow Ethiopian Bekelech Daba, who finished second in Langueux last year, is returning. She recently set a PB of 1:10:09 to finish third at the Paris Marathon.

Kenya’s Gladys Yator, who recently set a PB of 31:22 to win in Mohammedia, will be making her French racing debut.

Asahssah’s compatriot Aziz Lahbabi heads to Langueux in good form. The 2010 world junior 5000m bronze medallist clocked 27:45 over 10km last month in Mohammedia and then won the Casablanca Half Marathon one week later.

But he won’t have it all his own way in Langueux. Simon Cheprot has the fastest PB of this year’s field. The 21-year-old Kenyan clocked 27:41 in Prague last year and finished second at this year’s Rome-Ostia Half Marathon in 59:39.

Kenya’s Alfred Cherop has finished fifth in this race for the past two years and will be keen to get on the podium. The 29-year-old has a PB of 27:59, while his fastest time in Langueux is 28:27.

Abdellatif Meftah and Hassan Chahdi are the leading French entrants. Meftah, the national record-holder for the half marathon, clocked 2:11:11 at the Paris marathon to show he is in good shape. Two-time European cross-country medallist Chahdi, meanwhile, clocked a PB of 1:01:38 at the Paris Half Marathon earlier this year.

“La Corrida is a very important objective for my summer season,” said Chahdi, who has a 10km PB of 29:07. “This race is very well placed in the calendar and fits perfectly into my preparation for marathon running.”

The 25th edition of the event in Langueux, Brittany, will welcome more than 2700 participants and about 15,000 spectators, more than double the population of the town itself. 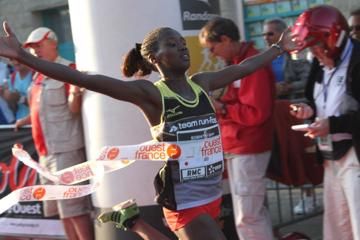 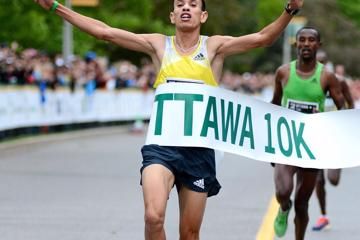