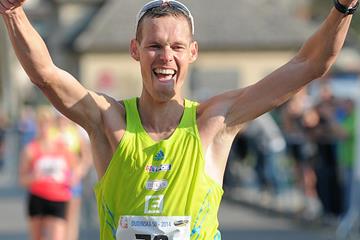 Athletics fans and residents of the small spa city of Dudince in the south of Slovakia will have the chance to watch top race walkers from 25 countries compete at the IAAF Race Walking Challenge meeting on Saturday (21).

The Dudinska 50 has this year moved up to a ‘category B’ competition in the challenge and the budget for the competition has been doubled.

“Thanks to the higher category of the race, we’ve had huge interest from competitors,” said the event’s director, Julius Nyarjas. “We expect the event to fulfil our expectations and it will become one of the top five race walking events in the world alongside Taicang, LaCoruna, Rio Maior and Chihuahua.”

As usual, the most competitive battle will be in the 50km event, which is also the main race of the competition with 57 race walkers.

Having won the 20km at this competition for the past three years and setting a PB of 1:19:48 last year, home hero and European silver medallist Matej Toth steps back up in distance to the 50km this weekend.

His toughest opponent will come from Ireland in the form of world champion Robert Heffernan. This will be his first race since pulling out of the European Championships last year.

There will also be a strong Polish contingent, as the 50km event will double up as their national championships, as is also the case for Slovakia, Czech Republic and Hungary. Defending Dudinska 50 champion Rafal Augustyn leads the Polish entries and joining him are 2010 European silver medallist Grzegorz Sudol, and Olympians Rafal Fedaczynski and Lukasz Nowak.

With two wins each, Augustyn and Sudol have contributed four of the six Polish victories in Dudince. The others came from the legendary Robert Korzeniowski in 1992 and Tomasz Lipiec in 1998.

“I believe that Matej Toth will continue the line of a successful history of Slovak race walkers and we will celebrate another triumph,” said Nyarjas.

“We will try to achieve the best possible result but we know that the course in Dudince is very difficult, with lots of turns on the one-kilometre long circuit,” said Matej Spisiak, Toth’s coach. “I do not like to predict the result because this event is very special and specific, but I can say that Matej showed very good indicators in his tests during training. I think that fans can look forward to a good competition.”

The course record belongs to world record-holder Yohann Diniz with 3:38:45 from 2009.

In the women’s 20km event, the favourites are the silver and bronze medallists from Zurich, Lyudmyla Olyanovska of Ukraine and Czech Republic’s Anezka Drahotova.

For Ukrainian record-holder Olyanovska, this will be her first race of 2015. World junior champion Drahotova opened her outdoor season last weekend in Lugano, taking a comfortable victory in 1:28:52.

But the fastest in the field is Italian record-holder Eleonora Giorgi, who set her PB of 1:27:05 when finishing fifth at the 2014 IAAF World Race Walking Cup.

Compatriot Antonella Palmisano, the junior 10km winner at the 2010 IAAF World Race Walking Cup, is also entered. With a best of 1:27:51, she could challenge for a podium finish. And if the conditions are right, the course record of 1:28:37 could even come under threat.

The full programme will start on Friday with various age-group competitions over 1km, 3km and 5km. On Saturday, the men’s 50km will start at 8:30am and it will be followed by two junior 10km races and then the men’s and women’s 20km events at 2pm.

Now in its 34th year, the competition will this weekend welcome Olympic biathlon champion Anastasia Kuzminova to be the official starter of the event.