Of the dozens of global champions gathering at London’s Olympic Stadium this weekend for the two-day IAAF Diamond League meeting, there’s little doubt which one will attract the most attention.

Usain Bolt’s return to the scene of his triple Olympic triumph at the Sainsbury’s Anniversary Games has added a certain sparkle to the 28-event programme, and no doubt put a few extra thousand bums on the 60,000-plus seats in the reconfigured arena.

Bolt’s appearance in the men’s 100m on Friday night (24) will be followed closely, not only by his legions of British-based fans, but by athletics watchers worldwide keen to judge whether the 28-year-old still has it in his giant legs to produce the form he’ll need to defend his titles at the IAAF World Championships in Beijing next month.

Bolt’s withdrawal from recent IAAF Diamond League meetings in Paris and Lausanne with a pelvic injury followed his decision not to compete at the Jamaican Championships in June, so this will be his first competitive race since winning the New York 200m on 13 June, and his first 100m since running 10.12 in Rio de Janeiro on 19 April.

Since then, seven men have gone sub-9.90 at least once, including Frenchman Jimmy Vicaut whose European record-equalling 9.86 in Paris three weeks ago makes him Bolt’s main rival here alongside USA’s Mike Rodgers.

None of them will be rewarded with Diamond Race points, however, as the men’s 100m is one of 11 non-Diamond League events on the schedule, meaning a host of world stars, including Britain’s Olympic heroes Mo Farah and Jessica Ennis-Hill, will be competing for pride of place not standings places.

Farah will race in the men’s 3000m which concludes Friday’s action after Bolts’ 100m, while Ennis-Hill takes on Sanya Richards-Ross in the women’s 200m after facing Dawn Harper Nelson in the 100m hurdles and fellow Brit Katrina Johnson-Thompson in the long jump. Ennis-Hill says she is looking for sub-13 in the hurdles and low 23 for the 200m before deciding whether to contest the Beijing heptathlon.

David Rudisha also races in a non-Diamond League event as he and Nijel Amos replay their record-breaking Olympic 800m final on Saturday, while Renaud Lavillenie is looking to match his winning 6.02m clearance at this venue two years ago in Friday’s pole vault.

The highlight of Friday’s six Diamond League events could well be the men’s high jump where Mutaz Essa Barshim is targeting Bogdan Bondarenko’s stadium record of 2.38m with US champion Erik Kynard and the in-form Italians, Marco Fassinotti and Gianmarco Tamberi, his chief opponents.

Orlando Ortega is the in-form man in the 110m hurdles and the Cuban takes on world record-holder Aries Merritt in the stadium where the US athlete won the Olympic title three years ago. Ortega produced the fastest run of the year in Paris when he clocked 12.94 and will be looking for another swift victory to close the gap on David Oliver at the top of the standings.

Diamond Race leaders Kaliese Spencer and Caterine Ibarguen are absent from Friday’s 400m hurdles and triple jump respectively, giving their opponents a rare chance to secure maximum points. But top-ranked discus man Piotr Malachowski is in the field and the Pole will be looking for win number four against compatriot Robert Urbanek.

Another South African comes the fore on Saturday when Wayde van Niekerk contests his first 400m since his sub-44 victory over Kirani James in Paris. After clocking 43.96 to beat the Olympic champion, van Niekerk owned the African record for all of 24 hours until Botswana’s Isaac Makwala ran 43.72 in La Chaux-de-Fonds.

Africa’s two leading one-lap men will clash for the first time this year with James’s stadium record of 43.94 very much under threat.

The Meeting Areva was a triumphant one for Nikoleta Kyriakopoulou, too, as the Greek pole vaulter leapt to the top of the world list with a national record of 4.83m. She’ll be aiming to extend her one-point Diamond Race lead in a contest containing fellow Greek Ekaterini Stefanidi and US pair Mary Saxer and Jennifer Suhr.

Paris was less successful for Valerie Adams, however, as the New Zealander could only finish fifth on her return from injury. She got back to winning ways in Lucerne last week, but in London the world and Olympic champion will need to improve on her post-operation best of 18.79m to beat US champion Michelle Carter and Pan American champion Cleopatra Borel of Trinidad and Tobago.

Asbel Kiprop hopes to follow his stunning Monaco 1500m win by retaining the Emsley Carr Mile title. The double world champion needs another victory to get within one point of his compatriot Silas Kiplagat, who’s not in the race, and leapfrog Djibouti’s Ayanleh Souleiman, who is.

Kenyans will be favourites for maximum points in the men’s steeplechase and women’s 800m too, thanks to runaway Diamond Race leaders Jairus Birech and Eunice Sum, respectively, while Mercy Cherono should capitalise on the absence of world-leading Ethiopians Almaz Ayana and Genzebe Dibaba to win the women’s 5000m.

Greg Rutherford is looking for a third IAAF Diamond League victory in the men’s long jump as he builds up to a tilt at the world title to go with the Olympic crown he won on a previous action-packed Saturday here three years ago.

The British record-holder faces a tough field containing the Olympic triple jump champion, Christian Taylor, and his US teammate Mike Hartfield, who is level on points with Rutherford at the head of the standings.

Barbora Spotakova and Sunette Viljoen are also neck-and-neck with five points apiece in the women’s javelin. They’ll go head-to-head here knowing that any slip could allow Israeli record-holder Marharyta Dorozhon to move above them.

Saturday’s programme concludes with the women’s 100m featuring this year’s second, third and fourth quickest sprinters – English Gardner of USA, Nigeria’s Blessing Okagbare-Ighoteguonor and Muriel Ahoure of Ivory Coast – plus Dutch record-holder and triple European champion Dafne Schippers and British record-holder Dina Asher-Smith, who was a kit carrier in this stadium at the Olympic Games. 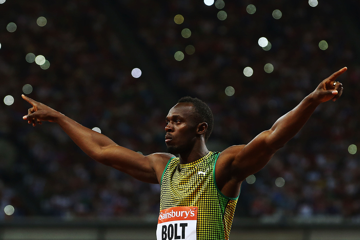 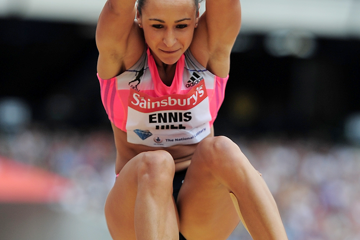 Three of the best for Ennis-Hill in London – ... 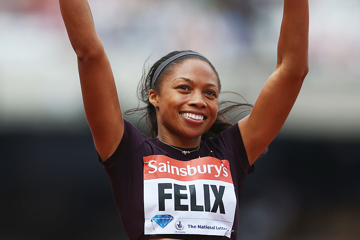 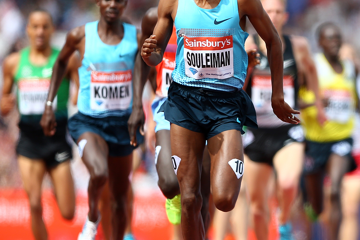