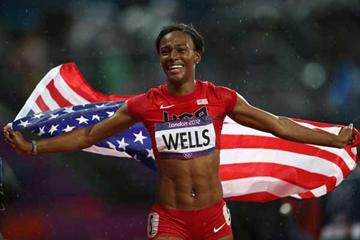 Locals stars Olga Kucherenko and Sergey Shubenkov as well as a healthy dose of London 2012 Olympic Games medallists should help provide some outstanding events at the 22nd edition of the Russian Winter indoor meeting, an IAAF Indoor Permit Meeting, on Sunday (3).

Kenya’s Timothy Kitum, the London 2012 Olympic Games 800m bronze medallist, and Ethiopia's 2012 World Indoor Championships gold medallist Mohammed Aman are both still teenagers and have in their sights not only the world best of 1:15.12 for the non-championship distance, which has been held by Germany’s Nico Motchebon since 1999, but also the top junior mark of 1:16.92, set by USA's Casimir Loxsom in 2010.

The meeting record is 1:15.26, set last year by Poland’s Adam Kszczot, when local star Yuriy Borzakovskiy finished second in a Russian record of 1:16.08 and the 2004 Olympic 800m champion will again be involved in the race over three laps of Moscow’s CSKA Arena.

An excellent women’s Pole Vault field has also been put together and, despite disappointment at the absence of local heroine and World record holder Yelena Isinbayeva, the event in the at the Vladimir Kuts indoor arena will feature the last two outdoor IAAF World Championships gold medallists, Poland’s Anna Rogowska and Brazil’s Fabiana Murer.

The experienced pair will be up against Cuba's 2012 Olympic Games silver medallist Yarisley Silva, and two of the emerging talents in the event: Great Britain’s Holly Bleasdale and Ukraine’s Ganna Shelekh.

Russian interest will be represented by a trio of women who have already improved their personal bests this winter: Anastasiya Savchenko, Anzhelika Sidorova and Angelina Krasnova (nee Zhuk).

Svetlana Denyayeva and Darya Klishina, second and fourth on this year's world list after their exploits in the Russian capital in recent weeks, will also be jumping as will Great Britain's 2012 World Indoor Championships bronze medallist Shara Proctor.

In men's 60m Hurdles, a lot of attention will also be on Russia’s 2012 European 110m Hurdles gold medallist Sergey Shubenkov, who ran a national record of 13.09 no less than three times during the summer and was the fastest European outdoors in 2012.

Shubenkov is aiming to reduce his personal best of 7.56, which was set last winter. He faces the very good American hurdler Kevin Craddock, who clocked 7.46 last winter.

In this women's 60m Hurdles, the 2012 Olympic Games 100m Hurdles bronze medallist Kellie Wells, from the USA, will come up against her compatriots Ginnie Crawford and Christina Manning as well as Belarus' 2012 World Indoor Championships medallist Alina Talay. The domestic contingent is led by the fastest European hurdler at the moment, Olga Samylova.

In addition to this pair, there is US sprinter Natasha Hastings, Jamaica's Patricia Hall and Russia's Kseniya Zadorina going to their blocks.

An exciting men's 1500m includes the Kenya's Bethel Birgin, Silas Kiplagat and Daniel Komen as well as Ethiopia's Mekonen Gebremedhin and the much improved Russian runner Valentin Smirnov, the fastest European this winter over the distance..

The women's 1000m features Russia's Yekaterina Poistogova, the 800m bronze medallist from the London 2012 Olympic Games and Ukraine's Anzhela Shevchenko, the fastest women in the world this winter over 1500m.

Aleksandr Menkov, the world leader in the Long Jump with the 8.22m he leapt at the recent Siberian champs, will face the likes of his fellow Russian and world junior record holder Sergey Morgunov as well as Great Britain's Chris Tomlinson.

Qatar's 2012 Olympic bronze medallist Mutaz Essa Barshim is the big name in the men's High Jump, fresh from improving his 2013 world lead to 2.34m in thr Czech town of Trinec on Tuesday night.

Gabon's Ruddy Zang Milama, the 2012 African 100m champion, will race over 60m but should have a good contest against Ukraine's 2012 European 200m champion Mariya Ryemyen.