World bronze medallist Damian Warner and defending champion Yordani Garcia will clash this week at the Pan-American Combined Events Cup, while the women’s contest in Ottawa will crown a new champion.

The event is part of the 2014 IAAF Combined Events Challenge, a 15-stop series featuring the world’s top decathletes and heptathletes. The competition begins on 16 July with the junior events, while the senior decathlon and heptathlon will run from 17-18 July.

As the event will also serve as the Canadian Championships, Warner will be looking to win his fourth successive national title. Ottawa will be his first decathlon of the year, after competing at the IAAF World Indoor Championships, Sopot 2014.

The 24-year-old should encounter strong opposition from two-time Olympian Garcia, who has shown impressive form this year.

The former world youth champion opened his season with a world-leading 8337 in Havana and confirmed his fine shape with 8299 for fourth place in Gotzis, considered to be the unofficial annual world championships for combined eventers.

Garcia, 25, won the Pan-American Combined Events Cup in Ottawa last year with a score of 8141, a record that could be well be broken this time around.

His team-mate and 2012 Pan-American Cup champion Jose Mendieta is also expected to be a top medal contender, as well as Devin Dick, Derek Masterson and Kyle Brondyke of the USA, Cuba’s Manuel Gonzalez and Brazil’s Felipe Vinicius Dos Santos.

Second at the 2013 National Championships and eighth at the 2013 World University Games, Patrick Arbour will be the second Canadian representative.

In the women’s field, there will be will a new champion as two-time winner Yorgelis Rodriguez of Cuba opted out so that she can defend her world junior crown a few days later in Eugene.

Her compatriot Yosleidys Mendieta is the only woman registered who has broken the 6000-point barrier, which she has twice, in 2013 and earlier this year.

The 2011 world youth champion is looking for redemption in Ottawa after fading to fourth last year at the event following a poor 800m run.

The other two medallists from last year are back. Paraguay's Ana Pirelli broke her national record to clinch silver in 2013 and has continued to improve following her gold medal performance at the South American Games in Chile.

Defending bronze medallist Lindsay Schwartz of the USA set a season’s best of 5942 earlier this year and will try to improve from her ninth placing at the US Championships.

“As an organiser, it has been really gratifying to have the growth we have seen in the Pan-Am Cup over the past three years with participation nearly doubling from 46 athletes in 2012 to 90 entries already this year,” said meeting director Andy McInnis. “However, it's not just the sheer number of athletes competing, even if it is the largest combined events competition ever in Canada, but the depth of field is outstanding,”

Javier Clavelo-Robinson for the IAAF 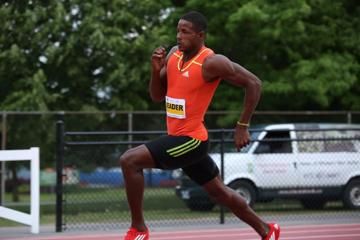 Cuba’s Rodriguez and Garcia win at the Pan Am... 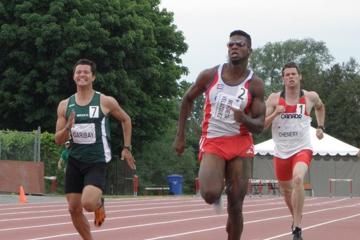 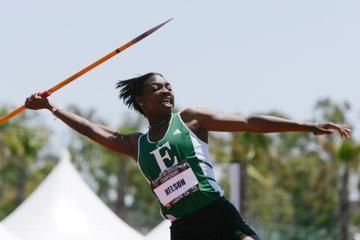