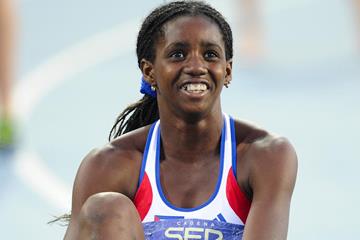 Yorgelis Rodriguez will be one of four defending champions in Eugene, and her heptathlon PB of 6231 in Havana in February is still the leading mark for juniors in 2014 and one of the top ten all-time.

But the Cuban was beaten in Gotzis by Netherlands’ Nadine Visser, who scored a PB of 6110. In that same competition, 17-year-old Morgan Lake – who will still be young enough for the next World Junior Championships – scored a PB of 6081 to finish just one place behind Rodriguez.

Earlier in the season, Lake became the youngest ever winner of the Multistars title in Florence, winning the heptathlon with 5896 at the age of 16.