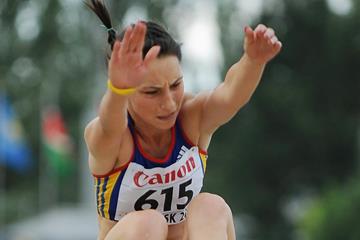 Romania’s Florentina Marincu, the world youth champion in both the long and triple jump, reached 6.71m in Bucharest in late June and is justifiably considered the favourite here.

If anyone is to upset her, however, watch Nigeria’s Ese Brume, who has the second and third best performances on the 2014 junior list at 6.68m and 6.60m.