In the absence of world record-holder Yohann Diniz, China looks to have assembled the strongest team for the 50km at the IAAF World Race Walking Team Championships Rome 2016.

Six years have passed since their sole 50km team victory at these championships, while their only individual triumph at this event dates back to 1995. But with five men who have this year gone faster than 3:49 – no other man on the entry list has bettered 3:51 – China has serious challengers for both individual and team honours.

Olympic champion Jared Tallent will want to regain the title he won at the 2012 edition of these championships. The 31-year-old Australian has had a quiet 2016 so far, but the world silver medallist shows no signs of slowing down and warmed up for Rome by posting a nippy 1:21:50 over 20km in Taicang last month.

But it’s at 50km where he excels; of all the races he has completed over the longer distance, Tallent has only once finished outside of the top three.

When it comes to seniority, though, no one can match Jesus Angel Garcia.

It is one thing to be competing at age of 46, but the 1993 world champion will be spearheading Spain’s charge. Even though pressed at the IAAF press conference that heralded the 2014 race, the man from Madrid gave nothing away when it came to revealing secrets of longevity.

This is his 12th straight appearance at these championships, and his list of achievements needs at least two scrolls of a web page heralding his honours.

He won this race as far back as 1997 in an unseasonal snowstorm, and continues to defy the odds. He was ninth at the IAAF World Championships Beijing 2015 in 3:46:43, and if Garcia were vaguely interested in senior records, his at M40 and M45 should stand for eternity over the distance.

Backed up by Mikel Odriozola – himself just shy of a 43rd birthday, but sporting a 3:54:21 mark in February – and four other solid Spaniards, they too should be somewhere towards the top of the leader board.

Italy and India also have a good set of race walkers to test the rest around the course that shades the ancient Colosseum.

There’s nothing like a bit of home support when things get tough after three hours of race walking in heat. It’s then that the mind has to take over a weary body, even among the best. A bit of backing goes a long way.

Italy’s long-sock-wearing Marco de Luca set a 3:45:25 personal best two years ago. Although the 34-year-old has gained medals at the European Cup, his solid top-10 placings at the major championships over the past 10 years offer the experience needed to deal with the gruelling distance.

Backed up by three teammates with sub-3:50 PBs at the distance – including 2008 Olympic champion Alex Schwazer – the trick for De Luca and the Italian team is to survive and thrive. Italy has always delivered at major championships, and this one is in their own back yard.

Few would have thought of India as a race-walking force just a couple of years ago. That said, with a nation of more than a billion people, there has to be a decent quorum somewhere for just about every sport you can name.

Chandan Singh has already made the Olympic qualifying mark at 20km, and Jitender Singh was third in the Indian Championships in February.

After India finished eighth in the men’s 20km and seventh at 50km two years ago, an elevation to one of the podium steps in the team competition has strong possibilities.

If it’s not to be Italy or India, then Poland, Spain or Ukraine is good for the team trophy.

The latter has been upwardly mobile since they took 50km bronze in 2012, and then silver two years later.

Ivan Banzeruk was eighth in Taicang, Serhiy Budza was one place further back and Andriy Hrechkovskyi came home 17th, and they’re all set to compete again in Rome.

Poland boasts a talented trio of Rafal Sikora, Grzegorz Sudol and Damian Blocki. He may be 37, but Sudol has a 3:41:20 personal best from three years ago that suggests if the trio survive intact, they will challenge the leaders.

For the first time ever at a global championship, women will compete alongside men in the 50km race walk. USA’s Erin Talcott is the sole woman entered for this year’s race. With a best of 4:33:22 for the distance, she is faster than three of her four male teammates in the 50km.

BACK
Pages related to this articleDisciplines
50 Kilometres Race Walk 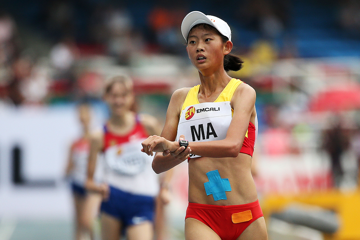 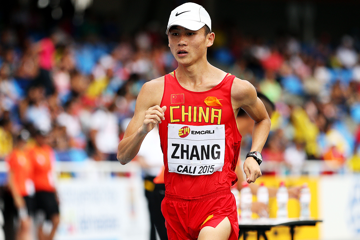 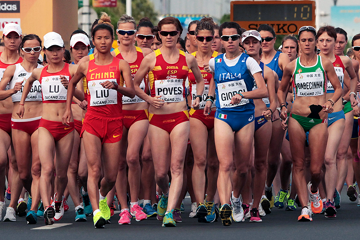