Collins, Kibet and Licwinko all post world-leading marks in Moscow

St Kitts’ sprinter Kim Collins continued to astound and defy Father Time at the traditional Russian Winter meeting, the second of the 2015 IAAF Indoor Permit meetings, which ironically fell on the warmest February day for many years in Moscow with temperatures about 3 degrees Celsius outside the CSKA Arena on Sunday (1).

Collins, now 38 and a familiar face in the Russian capital, won the 60m in a world-leading time and national record of 6.48, shaving 0.01 from his previous best set last year. USA’s Mike Rodgers was second in 6.56.

“I have six kids, and it now seems I’ve got more mascots from the Russian Winter meeting than kids to give them to as presents,” joked Collins.

Joint world indoor high jump champions Kamila Licwinko and Mariya Kuchina were the only ones left in their event after both cleared 1.94m with their first jumps.

They then fought out an exciting duel.

The Pole cleared 1.97m with her first jump while Kuchina needed three attempts.

Licwinko decided not to jump 1.99m, clearly thinking that Kuchina would struggle, but the latter jumped that height with her second try to put the pressure on.

However, Licwinko's nerve and form held and she confidently went over a national record, world-leading mark and meeting record of 2.01m on her first attempt while Kuchina brought the bar down three times.

“I am very happy to set a PB, I’ve been feeling I was close to beating it for a while already,” said Licwinko, who had three unsuccessful attempts at 2.03m

“I am improving with every competition this winter, which is nice. Hopefully, I will be on the top of my form at the European Indoors in Prague. It was very interesting to jump against Kuchina, she is young and talented, but I cannot say that the fact we are the joint world indoor champions makes her a special opponent for me.”

The men’s high jump saw Dmitriy Semyonov and Daniyil Tsyplakov both go over 2.31m with their first attempts before failing at 2.34m

However, Semyanov took a memorable win on count-back after adding one centimetre to his personal best.

Aleksey Dmitrik only jumped 2.28m and was fourth while Ukraine’s European silver medallist Andriy Protsenko could do no better than 2.24m and was sixth.

The first final of the day was the men’s 1500m and saw Kenya’s Vincent Kibet win in a personal best and world-leading 3:37.79. His countryman Bethwell Birghen was a close second with 3:37.81 while Silas Kiplagat made it an all-Kenyan podium when he clocked 3:38.28 for third.

The Greek jumper was the only one to jump beyond eight metres, with Russian champion Pavel Shalin second with 7.94m.

World indoor 400m champion Pavel Maslak made an impressive comeback to the track after injury ruined much of his summer and the Czech sprinter posted a European-leading time of 45.80, winning by more than a second.

Maslak also managed to break one of the oldest Russian Winter meeting records, which dated back to 1996, and the outing will give him considerable confidence in his bid to defend his European indoor 400m title on home soil in five weeks’ time.

Triple jump specialist Yekaterina Koneva smashed her long jump best twice during the afternoon, with 6.81m on her first attempt and then 6.82m in the third round.

Koneva is now second on the 2015 world list, but she still intends to compete in just the triple jump at the European Indoor Championships.

“People say I follow in Tatyana Lebedeva’s steps but that's not really the case. I used to do sprints and long jump even before the triple," said Koneva.

“I don’t have ambitions for the double at the championships. If they had the triple on the (Russian Winter) meeting program this time, I would definitely prefer to do it and not the long jump."

Qatar’s Musaeb Balla won the 600m in 1:15.99, just 0.16 shy of his own Asian indoor best for the non-championship distance that he set last year in Moscow.

In the closest contest of the meeting, a photo-finish was needed to separate Cuba’s Dayron Robles and Russia’s Konstantin Shabanov in the 60m hurdles. Both men were given the same time of 7.69 but the verdict went to the former 110m world record-holder and 2008 Olympic champion.

Curiously, the best Russian hurdler, two-time European 110m hurdles champion Sergey Shubenkov, was an interested observer and working for TV as he will not be competing indoors this season.

“I made my debut as a TV interviewer last summer when Colin Jackson came to visit me at my home in Barnaul, when he was there as an IAAF Ambassador," Shubenkov said. “This time the interviews were very easy, just 15 seconds, so its hard to mess up an interview too badly.”

In the other women’s track races, Ukraine’s Olesya Povh won the 60m in 7.27 while there were home wins for Yekaterina Renzhina and Yekaterina Poistogova in the 400m and 800m, clocking 52.08 and 2:02.11 respectively.

Renzhina, still only 20, ran a world-leading time on a standard track and took more than a second off her previous indoor best of 53.52 from last year.

Russia’s 2004 Olympic 800m champion Yuriy Borzakovskiy, who was recently appointed as the head coach of the Russian national team, was honoured with a farewell ceremony to officially declare the end to his track career and pole vault queen Yelena Isinbayeva, currently on maternity leave, flew specially from Volgograd to say goodbye and pay tribute to one of the biggest Russian stars of her generation.

“Our international careers started at the same competition, at the World Youth Games in Moscow in 1998,” recalled Isinbayeva.

“We both won back then, and both became the champions at the 2004 Olympic Games in Athens,” she added. "Now, I am very sad that if I am going to the 2016 Olympics in Rio, I will have to fly there without Yuriy." 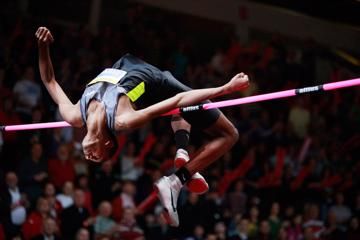 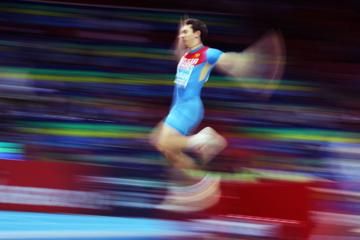 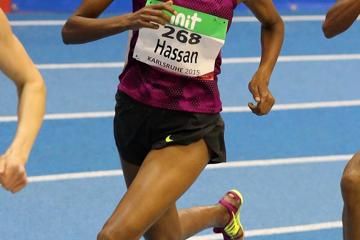