Sum and Obiri team up to run fastest ever 4x1500m

World 800m champion Eunice Sum and 2012 world indoor 3000m champion Hellen Obiri formed half of a 4x1500m team that produced the fastest clocking in history for the distance at the Athletics Kenya Relay Series meeting in Nairobi on Saturday (5).

Assisted by team-mates Ann Karindi and 16-year-old Margaret Chelimo, the triumphant team clocked 17:08.17, faster than the official world record of 17:08.34, set in 2009 by the University of Tennessee.

Nancy Langat, the 2008 Olympic 1500m champion, teamed up with Sela Chepleting, Perin Nkambi and Janet Chesang to finish a distant second in 17:58.31.

In the men’s 4x1500m, world champion Asbel Kiprop joined up with world and Olympic finalist Nixon Chepseba to win in 14:48.6, beating a team that included world indoor 3000m champion Caleb Ndiku by 9.9 seconds.

It was the last of the Athletics Kenya Relay Series as the focus now turns to the national trials on 26 April when Kenya’s best athletes will be vying for selection for the inaugural IAAF World Relays on 24-25 May in The Bahamas.

BACK
Pages related to this articleAthletes
Nancy Jebet Langat 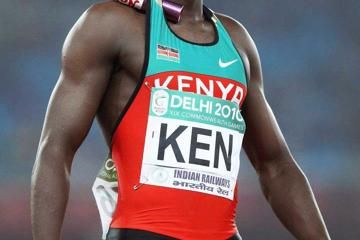