He is the first man to scale that height outdoors since Russia’s Vyacheslav Voronin did so back in 2000 but the result at the famous Prefontaine Classic meeting was not entirely unexpected.

The 21-year-old 2010 World Junior Championships winner has been tipped by many pundits as the man most likely to break Javier Sotomayor’s World record of 2.45m, from the current generation of elite high jumpers, after a series of outstanding performances since the Olympics last summer.

Sotomayor’s standard has been on the books since 1993 but the former Asian record of 2.39m set by China’s Zhu Jianhua, which Barshim equalled last year in Lausanne, had been around almost a decade longer having been achieved back in 1984 when, at the time, it was also a World record.

Barshim cleared all the heights up to, and including, 2.36m with his first attempts; a height at which Kynard required two attempts while Drouin made it on his third for a national record.

The Qatari then missed twice at 2.39m but, jumping last and with the competition won, he asked for the bar to be raised to the magical 2.40m height and was successful with his remaining jump.

“I am so excited,” said the winner. “I want the world record but not yet. I don’t want to get injured. It’s not that easy. I have to take it step-by-step.”

The men’s Pole Vault was another classic battle on a night which saw 10 world-leading marks with France’s 2012 Olympic and European champion Renaud Lavillenie coming from behind to win with a world leading 5.95m.

Germany’s Bjorn Otto cleared 5.90m on his second attempt while the winner had required three attempts to stay alive but the man who took the silver medals behind Lavillenie in both Helsinki and London last summer could go no higher.

The other outstanding competition in the men’s field events was the Discus in which Germany’s World and Olympic champion Robert Harting extended his winning streak to 35 competitions with a massive world-leading 69.75m to leave Poland’s 2010 European champion Piotr Malachowski in second place despite the latter throwing 68.19m.

Harting has now not been beaten since August 2010 and his Eugene outing was the third best contest of his career.

The pick of the women’s field events was the Triple Jump which saw Colombia’s Caterine Ibargüen catch a favourable breeze and fly out to a slightly wind-assisted 14.93m in the fifth round. Ukraine’s Olha Saladhua lead for four rounds but eventually had to settle for second with a legal 14.85m, which was a world-leading legal mark.

The women’s 400m Hurdles field produced a world leading performance from Czech republic's Zuzana Hejnova, who dominated the race from start to finish and stopped the clock in 53.70. USA’s Georganne Moline was a distant second in 54.75.

“I am happy with the time,” said Hejnova. “I am really surprised, I expected the other girls would run much better than their times. It was an easy run for me. I think my run was how I wanted before the race, I had a little problem with the wind but other had bigger problems than me.”

The men’s 110m Hurdles had been touted as a renewal of the rivalry between the US duo of Olympic champion Aries Merritt and World champion Jason Richardson but the former scratched due to injury while the latter wound up a disappointed eighth.

Instead, victory went to the man who finished behind the two Americans in London, Jamaica’s 2012 Olympic Games bronze medallist Jamaica’s Hansle Parchment, who timed his race perfectly to win in a world-leading time and national record of 13.05, just ahead of Cuba’s Orlando Ortega, who ran a 13.08 personal best, with USA’s David Oliver third in 13.10.

Burundi’s Francine Niyonsaba made a huge impression when she won the women’s 800m in a meeting record and world-leading 1:56.72, just shy of her national record set in the 2012 Diamond League final in Brussels when she ran 1:56.59.

Niyonsaba and the rest of the field were towed through the first lap in a super-quick 57.05 by the US pacemaker Monica Hargrove but then took up the running herself shortly after the bell and nobody had any answer to her power.

The USA’s Brenda Martinez finished second in a personal best of 1:58.18 but catching the eye back in fifth place was 17-year-old Mary Cain, who moved up to third on the girl’s all-time list over two laps, behind two Chinese athletes, with 1:59.51. It was the fastest run by someone in her age group since 1997.

There was much anticipation of another meeting record in the historic Bowerman Mile as Kenya’s Asbel Kiprop had advertised as much at the pre-event press conference.

Kiprop did what he has done in so many previous races and went to the front just before the bell but, with just 50 metres remaining, his compatriot Silas Kiplagat burst out the pack to sneak past the current World and former Olympic champion.

“I was not aware somebody was coming,” said Kiprop. “It’s not a disappointment. It came as a lesson so that next time you have to be careful coming down the home straight.

“At some point I thought the race would be tactical and it would be a sprint so it was better to wait. That’s when I went to the front at 400m to go to control the race, but I was not aware that someone was behind me with 50 metres remaining.”

Another Kenyan victory was notched up by Edwin Soi, who sat on the shoulder of Great Britain’s double Olympic champion Mo Farah for the final two laps of the 5000m before accelerating past him to win in a world leading time of 13:04.75

Farah was claimed second place in 13:05.88. “I am alright but disappointed knowing I came here and won the last couple of years,” said Farah, in his first defeat in a final since he finished fourth in the 2012 World Indoor Championships 3000m.

“You want to keep winning and, for me, I wanted to win today more than anything else. but my body wouldn’t give it to me. I was sick after the Oxy meet (on 17 May). I had a virus and my coach advised me to run the Mile but I didn’t want to run the Mile. I knew I couldn’t beat those guys.”

Ethiopia’s Tirunesh Dibaba had been expecting a pacemaker to lead her through the first two kilometres of the women’s 5000m but after four laps she found herself in the lead. She looked around a few times over the next couple of laps and encouraged fellow Ethiopian Belaynesh Oljira to take the lead.

The field remained bunched over the final kilometre but with 600 metres remaining Dibaba barged her way through to the front and through the entire last lap she stayed a stride in front of Kenya’s Mercy Cherono to win in 14:42.01, supplanting her younger sister Genzebe as the world leader as Cherono finished exactly 0.50 behind.

“The pacemakers were not to my expectations I thought they were going to go six laps but I think they went three so I was not really happy with that,” commented Dibaba. “I could have gone faster than that 60 seconds on the last lap but I was satisfied.”

As expected the men’s 3,000m Steeplechase produced some very fast times with 18-year-old Conseslus Kipruto beating a star-studded field in a meeting record 8:03.59. With 200m remaining, it was Kenya's Olympic and World champion Ezekiel Kemboi who launched a flat out sprint and he appeared headed for victory.

However, in the home straight, his head started bobbing and he repeatedly looked around to see who was in pursuit.

With 50 metres to go Kemboi moved from lane two into lane one in an apparent attempt to close the space for Kipruto to get by but, as the latter came past, Kemboi’s flailing arms clearly impeded his team mate. Kipruto ran several steps along the infield while Kemboi threw his arms up in disgust at his failure to subdue his young rival.

"Today was a big race of course we had the Olympic champion (Kemboi) we had Paul Kipsiele (Koech) The race was good and I think we competed fair. We had a good pacemaker early on so I was comfortable,” said Kipruto, who declined to comment on the conduct of his countryman, who finished second in 8:03.94.

Merritt gets the jump on James

LaShawn Merritt charged down the back straight of the men’s 400m race in an effort to draw Grenada’s reigning World and Olympic champion Kirani James into a depleted state.

The tactic worked as the American came off the final bend with a two metres advantage, and it was enough to secure his victory and hand James his first defeat since the Olympic Games last summer.

Merritt was timed in 44.32m with James just 0.07 behind. However, Harvey Glance, who coaches James, was not too downcast. “He false started here a year ago, remember? This is an improvement,” ” he said laughing.

Two-time Olympic 100m champion Shelly-Ann Fraser-Pryce came out on top of a tight three way battle for supremacy in the women’s 100m, which she won in a sizzling but wind-assisted 10.71.

Nigeria’s Blessing Okagbare was second in 10.75 while Jamaica’s Veronica Campbell-Brown was third in 10.78. Another Jamaican victory in the Diamond League was picked up by last year’s Diamond Race 200m winner Nickel Ashmeade, who won the longer sprint in 20.14 after holding off USA’s Walter Dix, who was just 0.02 behind.

A year ago, Sanya Richards-Ross won in Eugene before the claiming Olympic gold in London this time it was Botswana’s defending World champion Amantle Montsho took the plaudits.

Running hard from the gun, Montsho made up the stagger on Richards-Ross along the back straight and blew away the field to win in 50.01 while the Olympic champion struggled home, clearly still struggling with the toe problem which caused her to pull out of New York a week ago, and finished 8th and last in 53.77.

“My foot bothered me the whole race but it’s not so much my foot, I just don’t have my speed,” lamented Richards-Ross.

“I knew I wasn’t on pace. When I got to the curve I still felt strong I tried to kick but there was no speed there to make up the ground and I felt a little bit discouraged,” she added.

In the absence of world record holder and Olympic champion David Rudisha, the men’s 800m lost a little of its glamour but the race was certainly more competitive.

Ethiopian teenager Mohammed Aman, who beat Rudisha a year ago in Zurich, launched a devastating kick over the last 250 metres to win in 1:44.42. 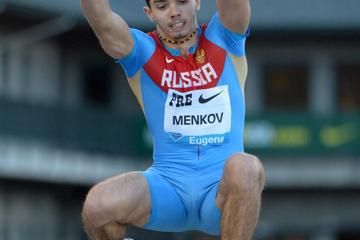 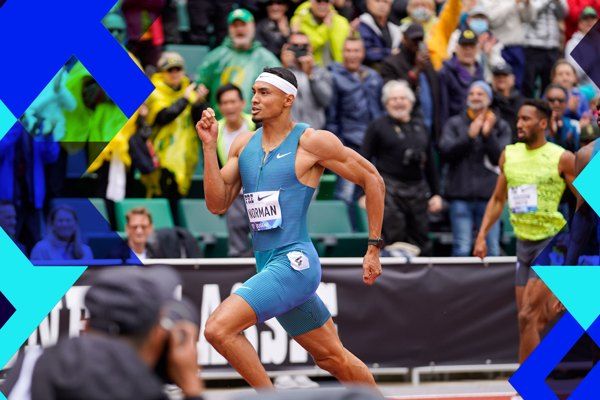 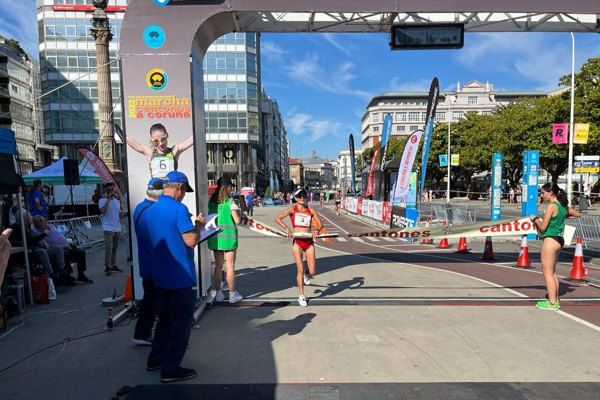 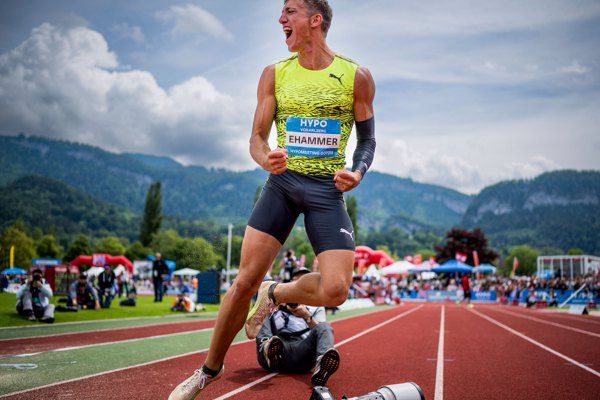