Thousands lined the streets for the morning marathons and 44,000 packed out Hampden Park on Sunday (27) as the athletics competitions got off to a resounding start at the Commonwealth Games. Distance gold medals for Kenya and Australia and two Games records in the throws were the highlights of the opening day’s action.

In the absence of world and Olympic champion Mo Farah, who withdrew last week, flamboyant Kenyan Caleb Ndiku won his second major title of the year, this time over 5000m, adding to the world indoor 3000m title he won in March.

He paced his effort to perfection, gradually moving through the pack as the laps ticked down. By the last lap it was between Ndiku, fellow countrymen Isiah Koech and Joseph Kitur and New Zealand’s Zane Robertson.

Ndiku, who dyed his hair gold for the occasion, surged clear with 250m remaining as Koech was forced to settle for silver and Robertson got the bronze. Ndkiu’s winning time was 13:12:07.

Ran in cooler temperatures and light rain, the conditions were not quite to Ndiku’s liking. But he adapted. “The weather was tricky. I don’t like this weather as I come from a very hot region and I was surprised when I saw it was raining.

“At the beginning all the Kenyans were shivering. In most cases the muscles don’t feel so free when running. It was tricky, but by the seventh lap I could feel my body was responding well to the climate.”

Marathon joy for Australia and Kenya

Earlier in the day, Michael Shelley followed in the footsteps of running legends Steve Moneghetti and Rob de Catella in winning Commonwealth gold for Australia in the marathon.

He ran a perfectly judged race to clock a personal best of 2:11:15, 43 seconds clear of silver medallist Stephen Chemlany of Kenya. Bronze went to Abraham Kiplimo after he out-sprinted fellow Ugandan Munyo Mutai to clock 2:12:23.

“I was hoping that I wouldn’t blow up like I have done in the past,” he said afterwards. “I was just very fortunate that I had a great day. I was just trying to stay as relaxed as possible and focus on what I was doing.”

The women’s race was won by Flomena Cheyech Daniel in 2:26:45, the Kenyan adding Commonwealth gold to the Paris Marathon title she won earlier this year.

Always in the lead group, by 30km she was clear of the field with team-mate Caroline Kilel. In the closing stages, Daniel eased clear to leave Kilel having to settle for silver.

Bronze was won by Australia’s Jess Trengove in 2:30:12, as Namibia’s Helalia Jonannes faded badly after occupying a medal position with just over 5km remaining.

Frizell and Walsh start with a bang

Reigning hammer champion Sultana Frizell showed she means business as she cruised through qualification with a Commonwealth Games record of 68.92m. The Canadian’s most likely challengers Julia Ratcliffe of New Zealand and Sophie Hitchon of England safely progressed with 67.96m and 65.31m respectively.

New Zealand’s Tom Walsh set a Commonwealth Games record with 21.24m in qualification to lead the qualifiers in the men’s shot put. It was also an outdoor national record for the training partner of double Olympic shot put champion Valerie Adams.

O’Dayne Richards of Jamaica and Orazio Cremona of South Africa were the only other athletes to exceed for the automatic qualification mark of 19.90m with throws of 20.24m and 20.03m respectively.

Defending champion and former world champion Amantle Montsho secured a place in Monday’s 400m semi-finals as fastest qualifier, winning her heat in 51.88. Jamaica’s Novlene Williams-Mills, ranked Commonwealth No.1 in the lead up, was an easy winner of her heat in 52.39. 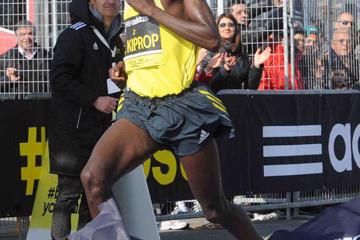 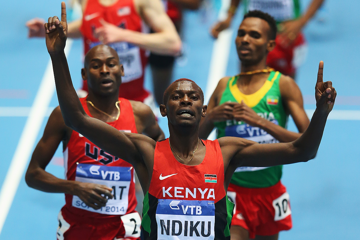