Dickson Huru and Rebecca Cheptegei maintained their stellar early-season cross-country form as they became the first Ugandan winners to triumph at the 47th running of the 'Cross Internacional Ciutat de Granollers' on Sunday (8).

After finishing a distant third to Eritrea's Samuel Tsegay and Amanuel Mesel in Aranda De Duero a week ago, Huru returned to the top of the podium in a closely contested race against Spanish-based Moroccan and defending champion Ilias Fifa.

Huru ultimately prevailed over the 10km course in 31:10, one second ahead of Fifa. In third, Ayad Lamdassem was running on a surprisingly fresh pair of legs, as he finished eighth in the Fukuoka Marathon in 2:12:31, his third Marathon start in less than eight months, only a week ago.

While he couldn't keep pace with the leading duo over the second half, Lamdassem showed he had sufficiently recovered from his race-day efforts and the inevitable jetlag as he was the best Spaniard on show in third in 31:27.

Granollers marks Huru's second high-profile victory of the season as he was also the winner at the first leg of the IAAF Cross Country Permit Series in the Northern Spanish town of Soria on 10 November.

The winner seems to have a penchant for performing well in Spain, as his best international performance at senior level came in Punta Umbria at the 2011 IAAF World Cross Country Championships where he placed 19th, and the fourth counter of Uganda's bronze medal-winning team.

Cheptegei had earlier provided the first half of a Ugandan double, albeit in a contrasting manner.

She cut loose at the start of the 6.5km contest and amassed an unassailable advantage over a domestic field.

Cheptegei took her third victory in as many weekends on Spanish soil, crossing the tape in 22:39 and some 45 seconds ahead of second-place finisher Marta Galimany.

The 'Cross Nacional Ayuntamiento de Cantimpalos', staged about 70km north of the Spanish capital Madrid, has in the past played host to some of the finest East African long-distance runners, but on Sunday (8) an all-Spanish cast battled for top honours in another long-standing fixture which first took place in 1972.

After finishing a close second to veteran team-mate Eliseo Martin in Burlada last week, Daniel Mateo took the spoils this time in the men's 10km race in 29:57, one second ahead of Daniel Santacruz, while Sonia Bejarano won the women's 6.5km race in 21:45.

French-based Africans dominated the men's long race at the 'Cross de l'Erdre', held just to the north of Nantes in North-West France on Sunday (8).

Abraham Niyonkuru from Burundi eked out a hard-fought victory, crossing the tape in 26:13, one second ahead of Salim Saiti from Kenya, although there was domestic success for Chantal Berthelot, who won the women's race in 17:39.

BACK
Pages related to this articleAthletes
Abraham Niyonkuru 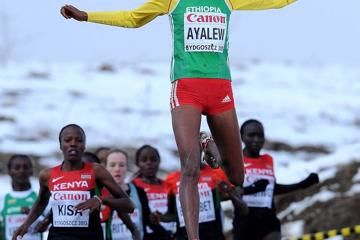 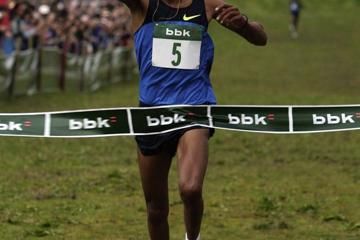 Tsegay and Alaiz take the spoils on Spanish s... 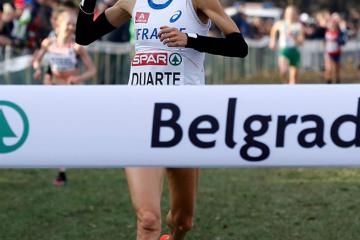