Sani Brown provides the highlights of the opening day in Cali

An impressive championship record of 10.28 in the boys’ 100m by Japan’s Abdul Hakim Sani Brown capped an entertaining opening day of the IAAF World Youth Championships, Cali 2015 on Wednesday (15).

Sani Brown’s dominant victory in the Colombian city came in one of the four finals in a breezy Pascual Guerrero Stadium, but was certainly the most impressive.

The 16-year-old arrived in Cali with a 10.30 personal best from May, one he equalled in this morning’s opening round and again in the semi-finals.

In the final, it was clearly a battle of Sani Brown against the clock from 40 metres onwards when he began to extend his lead with every stride.

Improbably, he stopped the clock in 10.29, which was later adjusted by another notch in his favour to land him on the doorstep of the event’s all-time top-ten.

Derrick Silva of Brazil was a distant second in 10.49 with Great Britain’s Rechmial Miller crossing the line in 10.59 for third.

Adrian Piperi took command of the boys’ shot put in the second round with a national youth record of 22.00m to collect the USA’s second gold in the event.

It was an improvement of nearly a metre for the 16-year-old, one he managed to match with his throw in the final round and which catapulted him to the top of the world season’s list and ninth on the world youth all-time list.

Poland’s Szymon Mazur was second with 21.77m while Sweden’s Wictor Petersson took the bronze with 21.56m, personal bests for both athletes.

Shuru Bulo of Ethiopia took a convincing victory in the girls’ 3000m, an event all but dominated by Kenya at these championships’ previous eight editions.

Bulo, relatively unheralded prior to her arrival in Cali, took the lead with 200 metres remaining en route to her 9:01.12 performance, a world-youth-leading time.

Kenya’s Emily Chebet Kipchumba, who ran at the front for most of the race, finished second in 9:02.92, just ahead of teammate Sheila Chelangat.

The fourth title of the day went to Moldova’s Alexandra Emilianov who produced a minor upset in the girls’ discus.

Emilianov threw a 52.78m personal best in the second round to take the lead for good from Montenegro’s Kristina Rakocevic whose best on the day was a 51.14m effort, also from round two.

Samantha Peace of Australia took the bronze, her 50.59m also a career best and the first medal in the event for Australia since Dani Samuels’ victory in 2005.

In the decathlon at the halfway point, France’s Ludovic Besson of France will carry a 29-point lead into the second day of these championships’ inaugural decathlon competition.

Propelled by 10.93 and 7.53m performances in the 100m and long jump, Hans-Christian Hausenberg sits in third with 4075 points. Germany's Niklas Kaul will also move up the standings on day two as his strongest event, the javelin, is yet to come.

Ryusei Fujii of Japan led all qualifiers in the 400m hurdles with a 50.87 run, a personal best by more than half a second.

Nearly as fast was the USA’s Norman Grimes, who won heat five in 50.95.

In the women’s contest, USA's world youth leader Sydney McLaughlin solidified her favourite’s role with a comfortable 56.81 victory in the opening heat, more than a second faster than anyone else.

Omer Amano made his ambitions to become the first 800m champion from Ethiopia quite clear with a confident 1:50.31 victory in the fifth heat to lead all qualifiers into Thursday evening’s semi-finals.

Meanwhile, Kenya looks to be on target for a second successive 1-2 finish in the girls’ 2000m steeplechase, courtesy of Sandrafelis Chebet Tuei and Celliphinie Chepteek Chespol.

The pair dominated the evening’s two opening round heats winning in 6:26.70 and 6:31.97 respectively.

In the boys' triple jump qualifiers, world youth leader and pre-event favourite Cristian Atanay Napoles of Cuba led the round with a 15.98m effort, marginally ahead of China’s Du Mingze who improved his career bet to 15.82m.

In the girls’ javelin, Czech Republic’s Nikol Tabackova topped the round with a 55.29m effort, with Germany’s Lotte Reimann also throwing beyond 54 metres with 54.35m to her name.

Day two action kicks off at 09:30 local time with the decathlon 110m hurdles.

The evening will witness new champions crowned in the girls’ 100m, 100m hurdles, shot put and javelin, and in the decathlon and long jump on the boys’ programme. 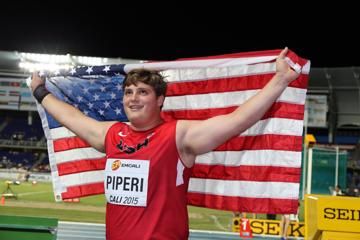 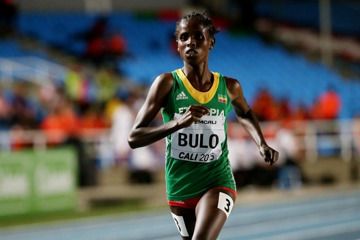 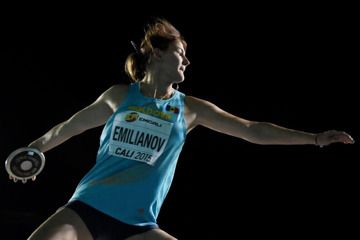 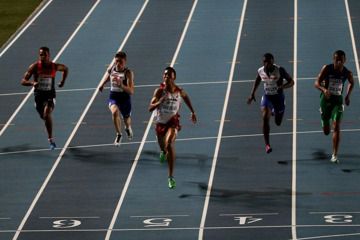