It was the first throw past the magical 70-metre line since 1999 and the best throw in the world for 22 years.

Perkovic achieved her huge throw in the fourth round but she had already improved her own national record with a 69.96m effort in the opening round.

“My greatest wish is fulfilled and I am overwhelmed. I knew a miracle could happen and it did,” said a delighted Perkovic. “This is a reward for all the efforts that my small team, including my coach Edis (Elkasevic), and I have invested.”

"I was thinking that I was in shape to throw 66 or 67 metres. However, it turned out much better than that. I can’t think of a better way to start the season. I’m really happy that I threw 70 metres in Croatia because the fans deserved it, with their cheering and support and sincerity."

"When I threw I threw 69.96m, I thought that this will be a day to remember, and it was! I’m currently not really aware of what I've done. I’ll have to wait for the emotions to subside.

“Before the contest, there was drizzle of rain, but when it (the competition) started, it stopped, and the sun shone on the stadium. I'm now going back to Zagreb and friends are waiting for us to have a little party, and then we will continue where we left off at 70 metres,” said Perkovic after her first competition of 2014.

Last year, she won 11 out of her 12 competitions as well as the Diamond Race.

Her previous best before Saturday was 69.11m, achieved when winning the gold medal in London two years ago.

On hand in Split to congratulate Perkovic was her friend, local Split resident and high jump superstar Blanka Vlasic. 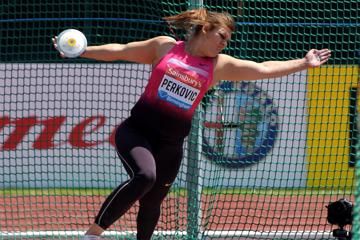 Sandra Perkovic motivated by Moscow to fill i... 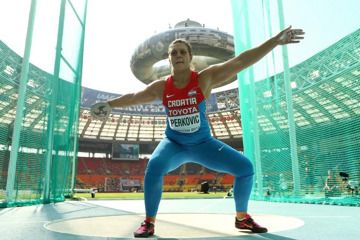 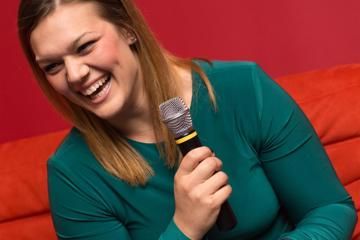