Kipsang clocked 2:12:31 on his debut appearance at this race, while Galimova ran 2:31:23 to improve on her third-place finish from last year. Both athletes won $40,000 in prize money.

The winds were both a blessing and a curse. Last week organizers were worried about atmospheric haze caused by volcanic ash blowing to Oahu from the Big Island of Hawaii. The trade winds blew the haze out, making conditions cleaner and cooler for the recreational runners, but making it harder for the top athletes to run fast. The $15,000 course record bonuses on offer were impossible to obtain.

Kipsang, 30, who won the Virgin London Marathon in April and won the Olympic Marathon bronze medal in the same city last August, could feel the winds slowing him down, and realized that he needed to abandon any time goals he had.

"The first half of the race I was really thinking of how the pace was, and feeling the humidity and the wind," Kipsang explained. "It was challenging; you could really feel it."

Kipsang was in a lead pack of eight which passed through halfway in a leisurely 1:07:07. He was watched closely by Ethiopian Markos Geneti, Moroccan Abderrahime Bouramdane, and Kenyan compatriots Kiplimo Kimutai, Nicholas Chelimo, Patrick Ivuti, Julius Arile, and Nicholas Manza. He decided that his best strategy was to wait until later in the race to make his move.

"I waited until 30km," Kipsang explained. “ It was a small group and I was still feeling strong."

His rivals tried to give chase, but quickly realized that they were running for second place. Kipsang ran alone through Kahala, then up the two-kilometre climb to the top of Diamond Head, reaching 40km with a 28-second lead over his nearest chaser, Geneti.

"Kipsang is a tough guy," lamented Geneti, who ran 2:04:54 at the Standard Chartered Dubai Marathon in January. "Many times I tried (to push), but the last 5km/10km he was gone."

Kipsang clocked 1:05:24 for the second half, recording a rare "negative split" on this course, helped by a 4:39 23rd mile. He was clearly pleased with his victory, especially after he was unable to compete at the cancelled ING New York City Marathon. He came to Honolulu with his wife Doreen and has already fallen in love with Hawaii.

"This place is fantastic; I like it very much," said Kipsang, breaking into a broad smile. "It's a nice place."

For nearly two thirds of the race, Valentina Galimova ran in the dark without being able to see the women's leaders. Early in the race, Japan's Kaori Yoshida, who had entered the race as a pacemaker, and Kenya's Hellen Mugo took off, setting a fast pace. Hitting 10km in 34:23, then the half-way point in 1:14:36, the two women had a 74-second lead on Galimova. The Russian, who was running with defending champion Woynishet Girma, was dismayed when she saw her half-way split of 1:15:50.

"When I saw one hour 15 minutes I was so upset," Galimova said in halting English.

But with the winds bending the tops of the palm trees which line parts of the course, Mugo was in trouble. First, Yoshida spurted away from her at the 25km drink station, quickly opening a gap on the Kenyan. By 30km (1:47:28) Girma was just 12 seconds behind Yoshida, Galimova was within striking distance, and Mugo was so far back that reporters could no longer see her from the lead vehicle.

"I wasn't worried about the first athletes," Galimova said of her thoughts at that point. "I see that they are running at our speed."

At 31km Girma caught Yoshida, then Galimova passed the Japanese woman, too, to take over second place. Minutes later, Galimova pulled up to Girma and the real battle for victory had begun.

"Last year it was the same situation," said Galimova of the 2011 edition where she was contending late in the race, but then faded to third. She knew she needed to use her strength for the two-kilometre climb up Diamond Head. "I don't like to run downhill," she said.

Girma made the first move on the climb, opening up a 10-metre lead, but Galimova quickly closed it down. The two women crested Diamond Head together, then hit 40km side by side in 2:24:06. Galimova kept Girma close, then launched a long sprint just after the 41km mark. Girma let go, allowing Galimova to enjoy the finish straight alone, crossing the finish line in 2:31:23.

Girma was timed in 2:32:22, and was nearly caught by American Stephanie Rothstein-Bruce who ran her own race and finished third in 2:32:47. She's the first American to make the top-four here since Amy Legacki finished fourth in 1995.

Well back in the pack, 2008 Olympic Decathlon champion Bryan Clay finished his first marathon, running the entire race with his wife, Sarah. The couple were timed in 4:46:31. 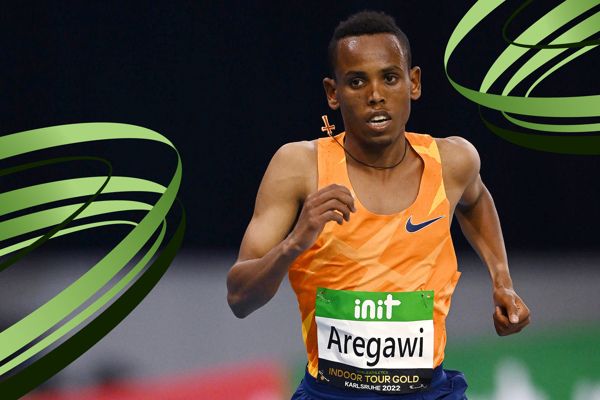