Kirani James edged close rival Lashawn Merritt to take victory over 400m in a world-leading 44.08 at the Drake Relays in Des Moines, USA, on Friday (29).

Despite cold and blustery conditions, James produced the second fastest 400m time ever run in the first four months of the year, behind only Michael Johnson’s 43.75 from 1997, and his time was also a Drake Relays record.

For the 23-year-old Grenadian, it continued what has been a promising start to the year, having opened his season with a 44.36 run in Nassau two weeks ago.

In Friday night’s race, James held a one-metre lead over Merritt as the pair turned into the home straight but, try as he might, it was a lead Merritt simply couldn’t close on the run to the line.

Merritt finished runner-up in 44.22, the second fastest time in the world this year while James’s fellow Grenadian, Bralon Taplin, finished third in 44.92, with USA's David Verburg fourth in 45.03.

In the women’s long jump, Great Britain’s Lorraine Ugen exacted some revenge on Brittney Reese, taking victory with a best of 6.82m. Ugen finished third at the IAAF World Indoor Championships in Portland last month, an event won by the American, but this time around the Briton made best use of a strong tailwind (+3.5 m/s) to record her winning effort in the opening round.

With none of her six jumps aided by such a strong wind, Reese could only respond with a best of 6.74m in the third round. Chelsea Hayes was third with 6.32m, while Nigeria's Blessing Okagbare was well off her best in fourth, jumping a best of 6.25m.

Former world champion Jenny Simpson made an impressive start to her season, powering away from the field in the women’s 1500m to win in 4:06.44 ahead of fellow Americans Kate Grace and Heather Kampf, who were second and third in 4:07.15 and 4:07.26 respectively.

Off a steady early pace – the field passed 800m in 2:14.4 – Simpson used her renowned finishing kick to good effect down the home straight, recording a 61.97 final lap to hold off her rivals.

In the men’s 400m hurdles, former world champion Bershawn Jackson opened his season with a 49.30 win over fellow Americans Michael Tinsley (49.36) and Kerron Clement (49.86). Jeffery Gibson, of the Bahamas, was fourth in 49.98, while two-time world silver medallist Javier Culson was well adrift of the pace, finishing seventh in 50.44.

In the men’s pole vault, world champion Shawn Barber scored a narrow victory over Sam Kendricks, with both men managing a relatively modest 5.50m in the windy conditions.

However Barber went clear at his first attempt, while Kendricks did so on his second, which handed the Canadian victory on count-back.

Derek Drouin won the men’s high jump in similar fashion, his best clearance being at 2.24m, the same height cleared by runner-up Bryan McBride, who lost out due to an earlier failure at 2.14m.

World indoor champion Michelle Carter was handed a surprise defeat in the women’s shot put, managing a best of just 18.72m, which was good enough only for second behind winner Tia Brooks, who equalled her personal best with 19.37m in the fifth round.

At the Penn Relays in Philadelphia, the college distance events proved the highlights on the second day of competition on Friday, with Penn State taking the men’s title and Villanova the women’s.

The high school distance medley relay provided the finish of the day as Loudon Valley of Virginia edged victory by one thousandth of a second from La Salle, Rhode Island, with both teams credited with a time of 10:00.00. Their star performer was Drew Hunter, who split 4:00.73 on the anchor 1600m leg, the second fastest high school 1600m leg in Penn Relays history behind Alan Webb's 3:59.9.

The University of Florida was a dominant winner of the sprint men’s sprint medley relay, their quartet’s winning time of 3:16.87 leaving them well clear of runner-up BYU (3:16.87). The University of Oregon were equally dominant in the women’s event, taking a decisive victory in 3:46.40 ahead of Clemson (3:50.62).

The Penn Relays action continues on Saturday for what is the third and final day of competition. 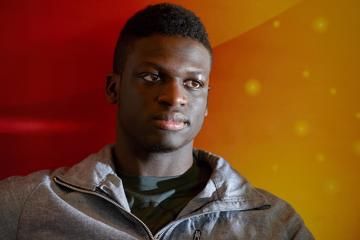 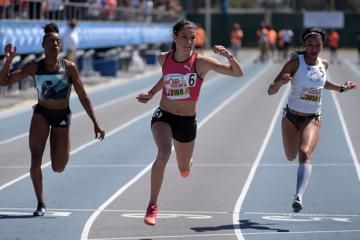 World leads for Cabral and Prandini at Mt SAC... 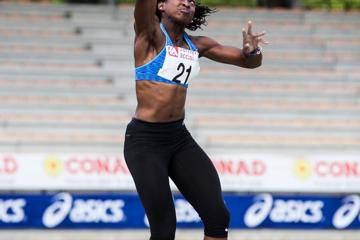 Roe and Osazuwa lead after the first day of t...