While France celebrated their team glory, there was an individual triumph for Kevin Mayer as he won the Decathlon from Belarusian Eduard Mikhan and Estonia's Mikk Pahapill.

Poland finished fifth overall in the team standings but there was individual delight for Karolina Tyminska who won the Heptathlon from Ukraine’s Hanna Melnychenko and Estonia's Grit Sadeiko.

It was some second day in a competition where the joint scores of the top three performers in each team from the men’s Decathlon and women’s Heptathlon are added together.

The second day had begun with Estonia’s Andres Raja leading the way in the 110m Hurdles, clocking 14.00 while overnight leader Mayer ran a wind-assisted 14.39.

The Discus was won by Mikhan with a best of 48.36m which took him into the overall lead, but Mayer remained on course for victory after adding almost two metres to his PB with 44.89m.

Estonia took second and fourth place respectively, with Pahaphill reaching 48.08m and Raja recording 44.94m. With three events left, Mikhan had 5981 from Mayer with 5974 and Raja in third with 5795.

Mayer regained his place at the top of the Decathlon after finishing ahead of Mikhan in the Pole Vault, 4.90m to 4.70m. It was a discipline won by Russia’s Artem Lukyanenko with 5.10m, which temporarily moved him into third with 6641 behind Mayer (6854) and Mikhan (6800).

When Pahapill delivered a first-round throw of 63.63m in the Javelin, Estonia's chances of winning the League looked likely as that distance was enough to take this individual event.

Just the men's 1500m remained, and with the Heptathlon having concluded, Estonia led overall by 94 points from France while Mayer was just about home and dry in the Decathlon.

With a clean sweep in the final race of the competition, the last heat of the men’s 1500m, France was crowned European Cup Combined Events Super League champions while Mayer’s time of 4:21.95 gave him an overall score of 8390, his second-best ever score.

In second place, Mikhan scored 8125, also his second-best ever mark, as Pahapill finished third with 8099, 32 points ahead of Lukyenenko.

France triumphed with 41,421 from Russia with 41,032 and Estonia with 41,027. Italy finished bottom of the table with 37,617 with Ukraine, who had started the second day in runners-up spot, one spot above them in seventh.

In the Heptathlon, Melnychenko was in front after the first day with 3794 with Tyminska, who was fourth at the World Championships in Daegu, second with 3671 and Ukraine’s Alina Fyodorova third with 3613.

By the end of the first women’s discipline on Sunday, the Long Jump, the gap between first and second had narrowed to just 98 points as Tyminska leaped to a wind-assisted 6.41m and Melnychenko was in third with 6.33m.

Sandwiched in between them was Estonia's Grit Sadeiko with 6.35m as the host country looked to challenge for the overall Cup.

But from leading by almost 200 points overall, France then suddenly had to look over their shoulder as Estonia moved even closer after the women's penultimate discipline, the Javelin.

With her second throw, Antoinette Nana Djimou hit 50.44m to win for France but Estonia’s Mari Klaup was second with 49.92m and Sadeiko third with 46.75m.

It gave Sadeiko a two-point lead over Tyminska going into the final event, but that wasn’t enough of a cushion over the strong 800m runner as she won the event with 2:08.60.

It gave her a winning score of 6347, avenging her defeat to Melnychenko in Kladno three weeks ago. The Ukrainian this time has to settle for second with 6260 as Sadeiko set an Estonian record of 6221.

Overall team winners France were helped in the Heptathlon by Nana Djimou, who finished fourth with 6104.

The Netherlands, with Eelco Sintnicolaas and Nadine Broersen in outstanding form all weekend, had three reasons to celebrate in Nottwil, Switzerland, on Sunday evening.

The team won the European Cup Combined Events 1st League with a superb all-round performance as Sintnicolaas triumphed in the Decathlon and Broersen took the Heptathlon.

They had led overnight and never looked back as Hungary finished bottom of the League.

Sintnicolaas could not have asked for a better way to start on Sunday when he won the 110m Hurdles in a personal best of 13.92, the only man to break 14 seconds.

The Discus saw another victory and PB for Sintnicolaas as he won with 43.17m. He then produced a season's best to win the Pole Vault, his best event, with 5.40m and then finished fourth in the Javelin with 56.62m, an event won by Sweden's Nicklas Wiberg with 68.33m.

Just for good measure, Sintnicolaas won the last event, the 1500m, in 4:22.51 to show the standard he is setting this year. He won the Decathlon with 8322 from Swedish record-holder Wiberg, who scored 7678 in his first complete Decathlon since 2009.

Broersen ended the first day with 3696 points from Eliska Klucinova of the Czech Republic, second with 3572, and Switzerland’s Ellen Sprunger, third with 3499.

And the Dutch multi-eventer increased her lead by winning the Long Jump, the opening event on Sunday, with a personal best of 6.20m.

Finland’s glorious tradition of Javelin throwing was shown by Miia Kurppa, who won the event with a PB of 50.25m from Klucinova's 45.72m. But the strength of the Netherlands showed again as Broersen was third with 44.60m.

The scores of Sintnicolaas and Broersen gave the Netherlands valuable points in the team competition and they won by almost 200 points from Switzerland with the Czech Republic in third. Spain and Hungary finished bottom of the table.

Norway were crowned champions in Ribeira Brava, Portugal, on Sunday and their decathlete Lars Vikan Rise led the way by winning the individual event with 7621 as Croatia's Lucija Cvitanovic won the Heptathlon with a national record of 5547.

While not all the countries had enough athletes to produce three results each for the team event, Norway were too strong for Portugal.

Portugal's Tiago Marto finished second to Rise with 7603 as Norwegian athletes filled the next two spots, Martin Roe with 7476 and Hans Olav Uldal with 7369. 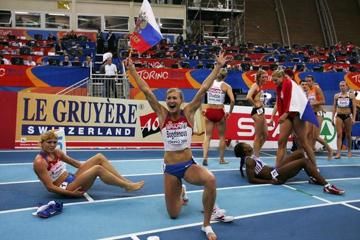 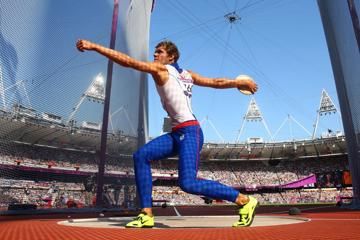