Kenya’s Cornelius Kangogo took the win at the 30th edition of the Giro della Media Blenio in Dongio in the Italian-speaking region of Canton Ticino in southern Switzerland, held on a rainy Monday (21).

Kangogo went to the front from the start, leading a six-man group which included Longosiwa, Adola, Soi, 59:56 half marathon specialist Daniel Wanjiru and Bernard Bett during the third of an eight-lap circuit.

Kangogo, Longosiwa and Adola then broke away from Soi, opening up a six-second gap and reaching the half-way mark in 14:28.

The race continued as a three-man battle with Kangogo, Longosiwa and Adola fighting it out for the win until the final lap. It came down to the final straight where Kangogo pulled away from Longosiwa by three seconds, clocking 28:15.

“I am very happy to win this race on a very good course,” said Kangogo. “There were many people who cheered on us during the race. My goal is to run the 5000m at the Commonwealth Games in Glasgow next July.”

European marathon champion Viktor Rothlin, who will run his final marathon at the European Championships on home soil in Zurich, finished tenth in 30:07.

Kangogo’s name is the latest addition to a prestigious roll of honour for this popular race which was inaugurated in 1985 to celebrate the Olympic silver medal won by Markus Ryffel in the 5000m at the 1984 Olympic Games in Los Angeles. Ryffel won the second edition in 1986.

BACK
Pages related to this articleAthletes
Cornelius Kangogo 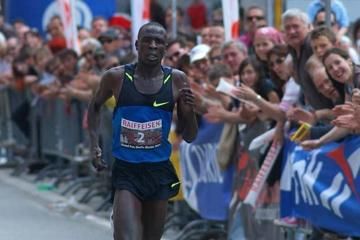 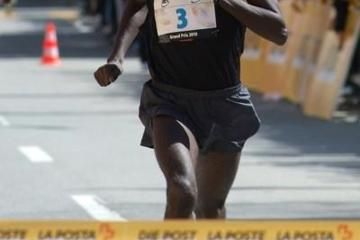 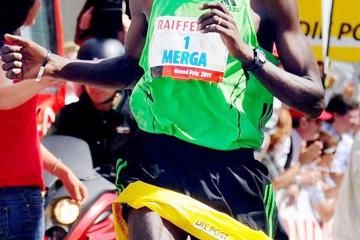 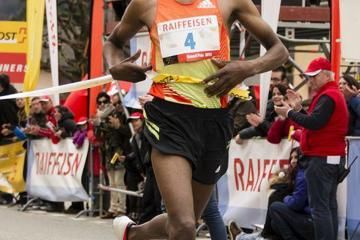 Edris adds his name to illustrious list of wi...