One might think that having won a record 18 consecutive national titles, Japanese hammer star Koji Murofushi would have had nothing to be nervous about when attempting to capture No.19.

But as the 2011 World champion approaches the twilight of a career that seems to have no end, he takes nothing for granted as far as how his body will hold up in competition.

“It was my first competition since [the] London [Olympics], so I was little nervous about it,” the 38-year-old Murofushi said after extending his amazing streak on Sunday, the final day of the three-day Japanese Championships in the western Tokyo suburb of Chofu. “I’m happy to throw 75 meters on my first throw and achieve my 19th victory."

Murofushi’s fifth attempt of 76.42m became the winning distance, although any of his six throws were more than enough to extend a streak that started as a collegian in 1995. Perennial runner-up Hiroshi Noguchi was the only other thrower over 70m, finishing second with 70.11m. Murofushi was so consistent – his shortest throw was 73.75m – that the pockmarks where the hammer landed were so close together it was as if he had been aiming at a dartboard.

“The goal was to throw 75 meters and then we just want to see what happens, how he can hold up between [throws],” said Murofushi's Swedish coach, Tore Gustafsson, who was in the stands. “We’re trying to figure out with his age, how you can keep the energy. This is a good experience.”

The meet at Ajinomoto Stadium will be Murofushi's only competition before this summer’s World Championships in Moscow – assuming he decides to defend the title he won in Daegu two years ago, which made him the oldest-ever gold medallist in the event.

Murofushi explained that he, Gustafsson and the rest of his team plan ahead in half-year increments, assessing his condition along the way. Having focused his recent training for the Japanese Championships, they will now look at the prospects for Moscow and how best to prepare if he decides to enter. Barring injury, it seems unlikely he will miss it.

“At this point, of course, if I’m able to attend that will be great,” Murofushi said when asked directly if skipping the World Championships was a possibility. “I think it will be great for Japanese fans, because so many people support me. I’d like to talk to my coach and trainer. I have two months to go... we'll figure it out.”

Murofushi, whose father Shigenobu was his predecessor as the Japanese record-holder and served as his long-time coach, won his first World medal in 2001 when he captured the silver in Edmonton. After adding the World bronze in 2003, his crowning achievement came the next year with the Olympic gold in Athens.

That made him a national hero, but it didn't save him from the back problems that would plague him in the years to come, causing him to pull out of the 2005 and 2009 World Championships. Although he managed to keep winning national titles, he became less of a global factor.

Two years ago, Murofushi’s career was revitalised when he hooked up with Chicago-based physical therapist Robbie Ohashi, who, along with Gustafsson, developed a training regimen tailored to the Japanese’s age to minimize wear and tear. The gold in Daegu was proof enough that their methods hit the mark.

“We’re just trying to work on different elements of the throws and keep the muscles strong,” Gustafsson said. “Instead of developing power in the outer limbs, you’re trying to develop power in the core; being more efficient, basically. You’re trying to reach a potential in your strength with your technique, rather than being really strong and hope you get a lucky throw.”

Whether Murofushi will stretch his national title streak into a second decade remains unknown, but at this stage, he does not lack the motivation.

“I want to prove to myself I can do it,” Murofushi said when asked what keeps him going. “For example, Jan Zelezny achieved a bronze medal in the European Championships when he was 40 years old. [Virgilius] Alekna is still throwing. If these guys can do it, why not me?”

While the competition he faced Sunday was light, Murofushi had to endure lengthy waits between his first three throws as there were 20 entries with no qualifying round.

“A long competition is not good for old people,” he joked.

In other highlights from the meeting serving as Japan’s qualifier for the IAAF World Championships, rejuvenated 2009 World bronze medallist Yukifumi Murakami regained his national title in the men’s Javelin on Saturday, although he managed only one throw over 80m.

Murakami hurled the spear 81.04m on his fifth attempt to win a back-and-forth competition with collegian Genki Dean, who last year ended Murakami’s 12-year hold on the title. Dean finished second with 78.73m.

“This was the hardest meet for me so far this season,” said Murakami, whose throw of 85.96m in Hiroshima in April put him third on the 2013 world list. “If I don’t have good throws on my first three attempts at the World Championships, I can’t be competitive.”

In the women’s event, national record-holder Yuki Ebihara won with 60.41m as Kiho Kuze set a national junior record of 58.98m in second place, the best mark in the world this year by a junior athlete.

Yamagata and Izuka impress in sprints

In the men’s 100m final on Saturday, high school talent Yoshihide Kiryu not only came up short in his latest attempt to become the first Japanese to break the 10-second barrier, he was not even the fastest Japanese on the day.

Collegian Ryota Yamagata, a semi-finalist at the London Olympics, blew away his young rival to win his first national crown in 10.11. Kiryu, who stunned the track world when he equalled the World junior record of 10.01 in Hiroshima, finished well back in second in 10.25.

In the 200m, 2010 World junior champion Shota Iizuka produced the second-fastest performance of his career to win in 20.31, just 0.01 away from the PB he set last month. The battle for minor medals was a close one as Yuichi Kobayashi set a PB of 20.46 to beat Kei Takase and Kenji Fujimitsu, who shared the bronze with 20.48.

Back in form after injury prevented him from finishing his heat at last year’s Olympics, 400m Hurdler Takayuki Kishimoto won his third consecutive national title in what has long been one of Japan’s best quality events.

His winning time of 49.08 was the third best clocking of his career and was comfortably enough to beat Yasuhiro Fueki, who set a PB of 49.31. 2010 World junior silver medallist Takatoshi Abe was also close to his PB with 49.57 in third.

Olympic 10,000m ninth-place finisher Hitomi Niiya was one of the most dominant winners of the meeting. In just her third ever race over the distance, the 2005 World youth 3000m bronze medallist was just seven seconds away from her personal best, clocking 31:06.67 – the second-fastest time in the world this year.

Elsewhere, rising Pole Vault talent Seito Yamamoto successfully defended his title from last year, setting an outdoor best of 5.70m to move to equal third on the Japanese all-time list, though his outright PB remains his indoor 5.71m from earlier this year. The mark also broke his own national under-23 best. 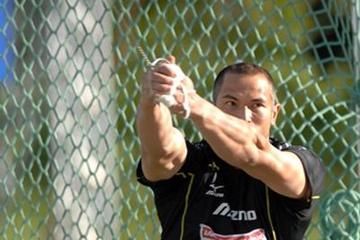