Pole vaulters Li Ling and Zhang Wei provided the highlights of the three-day 2015 Chinese Championships at the National Stadium, which is almost better known as the Bird’s Nest stadium, on Monday (29).

Asian record-holder Li soared over 4.15m, 4.30m and 4.50m at her first attempt to clinch the victory on Monday.

The 25-year-old then tried to beat her own continental record of 4.66m she set when winning at the Asian Championships earlier this month in Wuhan but failed three times at 4.67m.

“After I set the 4.66 mark, I have been remaining a solid form so my goal for this event was clearing 4.67,” said the winner of 2014 IAAF Continental Cup.

“But because there were 17 athletes competing so I waited for more than one hour before starting to jump, I felt a little bit out of energy at the end. If I could have started to compete earlier, maybe I could have set a new record today,” she reflected.

In spite of the absence of injured national record holder Xue Changrui, the men’s pole vault event turned out to be the highlight of the first competition day on Saturday.

Newly crowned Asian champion Zhang Wei confirmed his good form with a personal best of 5.65m to claim the title.

Yao Jie, 24, also set a career best of 5.65m to meet the entry standard for the IAAF World Championships but had to settle for the silver medal on count-back.

Long jump star Li Jinzhe continues to be bothered with technical problems and only registering two valid jumps, but his third-round effort of 8.11m sealed the victory.

“I had planned to secure the title with my first two jumps, at around 8.20m,” said Li, who has a best of 8.47m. “However, I fouled in the first two rounds, which made me a little tense.”

“My main aim for this competition is to adapt to the facilities here. I think I've achieved it today. I will do my best to improve my rhythm leading to the worlds,” said Li, who will now travel to the coastal city of Dalian in China’s Liaoning Province for a training camp to avoid any external disturbance and distractions prior to the World Championships, where he will be among China’s hopes for a medal.

Other Chinese jumpers with bests beyond eight metres like world junior champion Wang Jianan and Asian champion Gao Xionglong were both below-par, with Gao finishing second with 7.94m and Wang third at 7.89m.

Wang also sustained a muscle injury in his right leg during the competition and limped off the field.

Zhang again tried 2.40m in order to break the long-standing national record of 2.39m set by Zhu Jianhua in 1984, when it was also a world record, but failed as showers came down.

“It was too cold and the surface was a little too slippery,” said Zhang. “Clearing 2.40 is my dream. I believe I can realise it one day, it is just a matter of time.”

Three-time world championships medallist Zhang Wenxiu struggled to find her best form in what was only her second outing in 2015, winning the women’s hammer with a modest 71.91m.

“The result was not so good compared to my best performance,” Zhang said. “But I am still satisfied as I resumed regular training only a month ago. I know that I am not in a good form now. Injuries are also plaguing me, but I will try my best."

Asian record-holder Wang Zheng failed to throw beyond the 70-meter mark and only achieved a modest 69.47m to finish second.

The stadium will also stage the IAAF World Championships, Beijing 2015 from 22-30 August 22-30 and this was also an opportunity to have a fully-fledged test of the facilities and officials, with the complete programme of events being undertaken minus the road events. 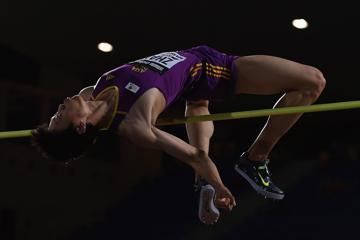 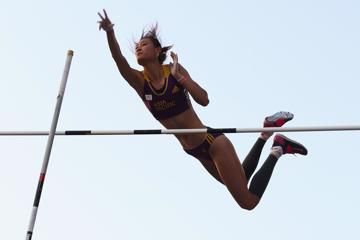 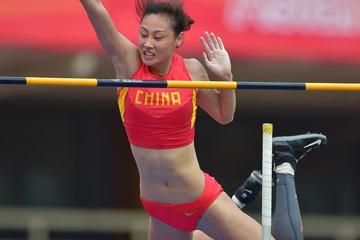