Lavillenie starts the year with 5.80m, French record for Fiack

Renaud Lavillenie in action in the pole vault (© Getty Images)

Renaud Lavillenie, the 2014 World Athlete of the Year and world record-holder, opened his 2015 campaign in fine style when he went over 5.80m at the Capitale Perche competition in the French town of Aubiere on Saturday (10).

Lavillenie went on to have three attempts at 5.94m, his first attempt being quite close.

“I’m happy, this height was a good start to the year,” said Lavillenie.

It is the second best vault in the world at this early stage in the indoor season and has been bettered only by Canada's Shawn Barber, who cleared a national record of 5.87m earlier this month.

However, he almost had the limelight taken away from him; not by one of his male rivals but his female compatriot Marion Fiack, who went over an absolute French record of 4.71m in the concurrent women’s competition.

She added a centimetre to the French record and French indoor record held by Vanessa Boslak with separate clearances at 4.70m.

Jumping at the record height seconds after Lavillenie had brought the bar down for the first time at 5.94m in the Stadium Jean-Pellez, the 22-year-old Fiack added 10cm to her previous best which she set indoors last January.

She went on to have three unsuccessful attempts at 4.80m. 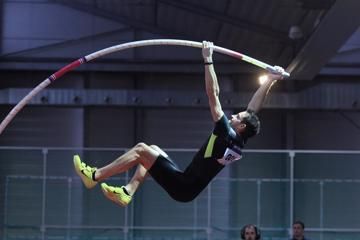 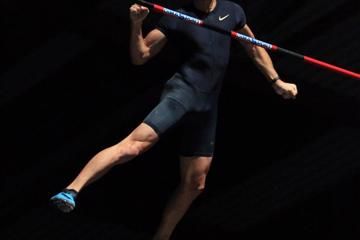 Athlete of the year Lavillenie will compete i...