But the surprise highlight of the weekend came from Adel Mechaal, who achieved the first 1500m-5000m double at the event since 1945.

The 25-year-old rising star kicked off his campaign on Saturday afternoon with a comfortable advancement timed at 3:45 to Sunday’s final in his specialist event, the 1500m. Barely one hour later, Mechaal tackled the 5000m, a virtually unknown distance for him having tried the event just once before in 2012.

Having managed half of his demanding goal, the European indoor 3000m finalist made a piece of domestic history by dominating the 1500m.

Mechaal still has to get the 1500m qualifying standard (3:36.20) for Beijing as he has not run faster than 3:36.55 this season. He will make an attempt next Saturday, still inside the deadline.

Miguel Angel Lopez was an overwhelming victor in the men’s 10,000m race walk. Held in 26C heat, far from ideal conditions for endurance events, Lopez confirmed he is in similar form to previous years, when he clinched bronze at the 2013 World Championships and gold at the 2014 European Championships.

“My goal was to improve on my PB of 38:53,” said the 27-year-old. “I reached halfway still on schedule for that (19:24.94) but then the heat affected my performance and I decided to walk conservatively once I realised I wasn’t going to better my career best.

“Anyway, I’m satisfied with my outing as my sensations were fine and I felt strong throughout,” he added. “I’ll now return to Font Romeu for one week, where I have already stayed for the past 20 days. It’s now time to reduce the weekly mileage a bit. I’ll go to Barcelona the following week to get accustomed to the heat and humidity I’ll likely find in Beijing.”

Asked on his World Championships ambitions, an adamant Lopez said: “beforehand, I wouldn’t consider any medal but the gold; I’ll try to improve on my bronze spot from Moscow. Theoretically, the Chinese trio should be my stiffest opposition, but there will be other dangerous rivals such as Japan’s Suzuki, who has set a world record this year, the always powerful South American contingent, also the Australians and the Russians.”

To help combat possible jetlag, Lopez will travel to the Chinese capital on Saturday 16 August, exactly one week before the 20km race walk is held.

Beitia ready to challenge for podium finish in Beijing

World bronze medallist Ruth Beitia took her eleventh national high jump title thanks to a second-time clearance at 1.98m. The 36-year-old then asked to raise the bar to a would-be national record of 2.03m but she failed her three tries.

Ranked second on this year’s world list, Beitia is enjoying a consistent outdoor session with no fewer than five outings at 1.97m or higher, topped by her 2.00m success in Rome. Having also won in New York, Beitia is the current leader of the Diamond Race in her event.

The men’s 3000m steeplechase was one of the most highly anticipated events of the weekend as six athletes had run inside the World Championships qualifying this year but only five of them were in attendance to fight for the three coveted spots.

Sebastian Martos secured his first national title in 8:27.30 ahead of his training mate Roberto Alaiz while the bronze went to Fernando Carro with 2012 European bronze medallist Victor Garcia in fourth.

Spanish 800m record-holder Kevin Lopez took his fifth consecutive gold while the only national record fell to Sabina Asenjo in the women’s discus thanks to a 61.36m release to secure a berth on the World Championships squad. 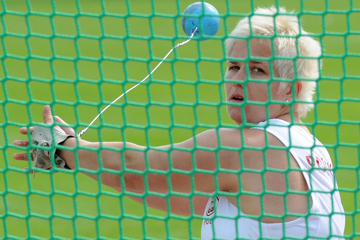 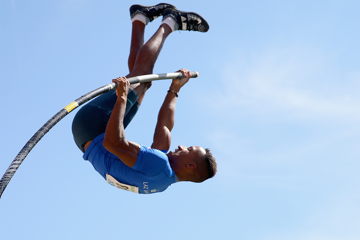