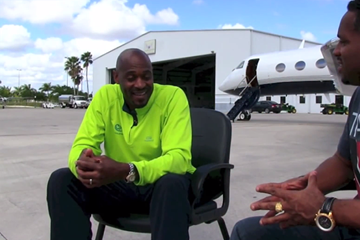 The fourth episode of IAAF Inside Athletics is available to watch online now.

This week’s guest star is 400m hurdles world record-holder Kevin Young. The 1992 Olympic champion talks about his 46.78 run and tips Puerto Rico’s Javier Culson as the man who could one day break the world record.

Exclusive to the IAAF, the show appears on the IAAF World Athletics Club Facebook Page. Fans can interact and ask questions, either on Facebook or by sending an email to insideathletics@iaaf.org.