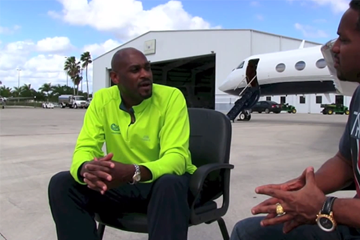 The fifth episode of IAAF Inside Athletics is available to watch online now.

This week features the second instalment of the interview with world 400m hurdles record-holder Kevin Young. The 1992 Olympic champion talks how much faster he could have run in a perfect race, and what it was like to go to the same high school as Florence Griffith-Joyner.

Exclusive to the IAAF, the show appears on the IAAF World Athletics Club Facebook page. Fans can interact and ask questions, either on Facebook or by sending an email to insideathletics@iaaf.org.