USA’s Natasha Hastings is the latest athlete to take part in our series which looks back at past World Junior triumphs. The 400m runner won the world junior title in 2004 before going on to win seven global titles in the 4x400m.

A world youth 400m champion in 2003, Natasha Hastings had already been earmarked as a future star leading into the 2004 campaign. With the help of her meticulously prepared coach Sean London, the US sprinter made a clear plan to focus on qualifying for the US team and reaching a peak at the 2004 IAAF World Junior Championships in Grosseto, Italy.

“It was a big year of preparation for me,” recalls Hastings, who was born in Brooklyn, New York. “I had my usual high school calendar and then junior nationals at College Station (Texas), but we did make adjustments for competing at World Juniors.”

At the National Junior Championships she achieved her objective of qualifying in the 400m, finishing second just 0.01 behind Ashlee Kidd. She had booked her ticket for Grosseto.

With both sides of her family hailing from the Caribbean and the 2003 World Youth Championships having taken place in Sherbrooke, Canada, Hastings had travelled outside of the US prior to Grosseto. But her trip to Italy was to be her first extensive overseas experience.

“It was tough adjusting to the time change, unfamiliar food and the language because I didn’t speak Italian,” says Hastings, who was aged 17 at the time. “Although, I think the team did a good job of trying to make the transition a lot easier.

“I made many great friends on that team and we still talk about it today because we had so many great US athletes such as Aries Merritt, LaShawn Merritt and Michelle Carter. I still have a great relationship with those people today.”

The bare facts of her performance in Grosseto reveal a near perfect performance as she won her heat, semi-final and then final to be crowned world junior champion. But despite stopping the clock in a handy season’s best of 52.61 in her first-round heat, she knew there was room for improvement.

“My critique of my heat was that I ran a good race, but it was not very controlled,” she says. “I was pretty nervous and maybe it had something to do with the adrenaline.”

In the semifinals she recalls running a much more controlled race to take the victory in 53.50 to top the qualifiers leading into the final. It was a performance which gave her the belief she could challenge for gold.

“Going into the World Juniors, I knew I had a pretty good shot at winning a medal, but the semis gave me a glimpse I could win,” she adds. “Ashlee, the girl who had beaten me at trials, was behind me (in third), although that did remind me too that it could be anyone’s race the next day.”

She meticulously went over the race with her coach Sean, of whom she says was good at setting out a structured race plan which was also mindful of the opposition.

Of the final she recalls making a solid start and rounding into the final straight level with Jamaica’s Sonita Sutherland but slightly behind Kidd. She then took “a deep breath” to pull clear and struck gold with a lifetime best of 52.04, winning by 0.37. It was a huge moment.

To put “the icing on the cake” of the perfect championships, Hastings then anchored the USA quartet – which also included Alexandria Anderson, Kidd and Stephanie Smith – to the gold medal in a world junior record of 3:27.60, a mark which still stands today.

“I’m not normally the type to celebrate after a race, but I think that is the most I’ve celebrated post-race,” she says.

Hastings believes her World Junior Championships experiences proved a great “building block” for her future senior career, describing it as an “invaluable challenge” to be able to compete at such a level.

“I think what the World Juniors taught me was how to be successful to reach that next level,” she explains. “I recall my coach and me saying we were not going to change anything at World Juniors in terms of racing style or strategy. It is an important lesson to not get too caught up in the emotion of the event. I would say stay with the plan and the results will take care of themselves.”

Now aged 29, Hastings has gone on to enjoy an accomplished career as a 400m athlete. Individually she has appeared at three World Championships, producing a best performance of fifth at the 2013 edition in Moscow, the same year she also landed the US 400m crown. She also took bronze at the 2012 World Indoor Championships.

Advice for the future generation

“I would say enjoy the moment and make the most of the experience,” she says. “I remember when we were in Italy at World Juniors we went out shopping together and went into Rome for the day. Later, when I started my professional career, I used to be super-focused on my competition and I would spend most of my time in the hotel, before I realised I’m not taking time out to enjoy these beautiful places. Once I reached this point and made that shift, it made the meets more enjoyable and I started to enjoy an upturn in my performances.

“To any youngster competing at the World Juniors, I would say be present in the moment and it will show up in your performances.”

BACK
Pages related to this articleAthletes
Natasha Hastings 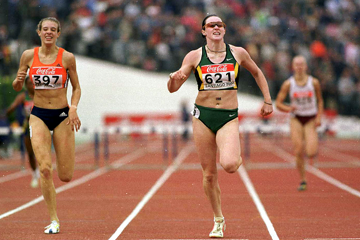 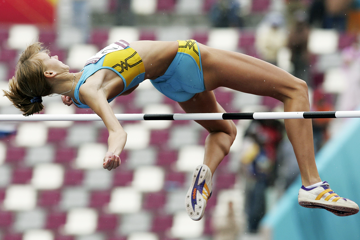 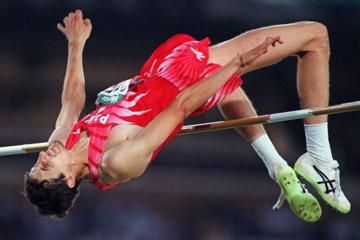 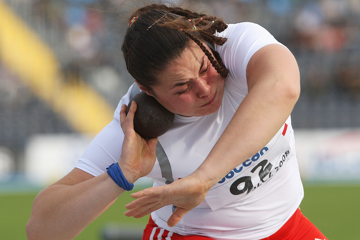