"Hi everybody! I am glad to give you some news, a week before the beginning of the World Championships in Moscow.

"The month of July was filled with emotion and competitions. It started in Lausanne; it was not a good competition for me, due to several factors. I did not manage to clear my opening height of 5.60m; I was not in bad shape though. I just did not clear any bar.

"Fortunately, it has happened just once in the summer, but after the meeting, I was very angry. I did not manage to sleep.

“However, I participated at the Meeting Areva, in Paris, the IAAF Diamond League meeting there, two days later.

"I arrived at the Stade de France with a very strong motivation. It was a key moment for me, and it was like restarting the season when I cleared 5.92m.

"It was a very important competition for me, since I was back in front of the French public as the Olympic champion. The atmosphere was amazing, it made me shiver, it was unbelievable.

"The spectators were as much actors in this performance as the athletes. It was also the last competition of Romain Mesnil, my countryman. I was glad to be part of that because beyond our rivalry in our event, we got along very well and we have had good times together.

"I then moved on with the French Championships in Paris. It was a bit strange, as my brother participated in the European Athletics U23 Championships in Tampere (Finland). Frankly, I was thinking more about him than about my own competition.

"After he finished the competition, winning the bronze medal, I felt relieved and I thought: 'it is my turn now!

"I cleared 5.95m at the first attempt but unfortunately I hurt my hand by falling on the bar after I tried to clear 6.05m, and I got a big bruise so I stopped my competition immediately. I was about to cry as I am not used to stopping like this, but it shows that I have grown up and gained maturity.

"My next competition was another IAAF Diamond League meeting in Monaco. This meeting was intended serve as a point of reference for me in my quest for the world title. I became aware there of the fact that my vaulting has taken on a new dimension. There was wind straight in my face, the conditions were quite bad, but I still cleared 5.96m. I was very proud of myself after the meeting

"Finally, my last competition before Moscow was in London, my fourth IAAF Diamond League meeting of the month and fifth competition. The atmosphere was unbelievable and the stadium was full. It was great to go back to this place where I have so many memories.

"When I opened the shutters of my hotel room window in the morning, the sky was blue. A few hours later, I managed to go past the six metres mark, and without any trouble, for the fourth time of my career despite it not being a perfect jump at all. I then tried to break the World record with the bar at 6.16m. It was without success but I am glad to have given it a try.

"Frankly, I did not expect to reach such a level of consistency. I trained well and I now know that I am able to jump high whatever the scenario. I already look forward to being in Moscow. If somebody tells me that I have to go there tomorrow, there is no problem.

"I did not have the opportunity to do many other things this month, apart from practice and competitions.

“At the end of June, I rode a motorbike on a motor racing circuit. It was the last time I’ve done anything like that. I also had another good time in Lausanne, where I got in a helicopter and even flew it.

"When I am away, I do not really like doing other things, such as tours around cities. I prefer staying in my bedroom to watch movies and TV series or to treat myself. In Moscow, I will have my own bedroom, so I can remain concentrated.

"Thanks to everybody for your support and see you in Russia!
Renaud." 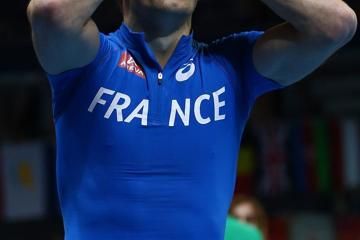 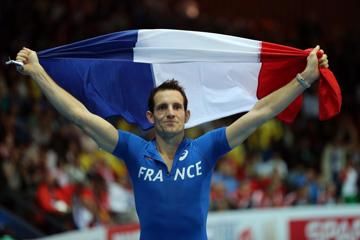 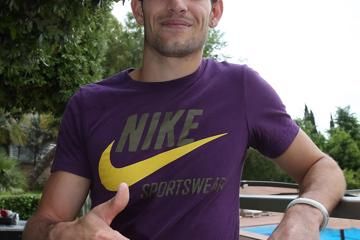