As things start to open up over the past few weeks, I’ve noticed a trend, one that really worries me.

Where I live in Scottsdale, Arizona, some people are acting as if this virus never existed, going to restaurants and not wearing masks, or getting in other people’s personal space when they're out in public.

A lot of people are still very wary, and still social distancing, but I wish those who aren’t could realize the reality of this pandemic: it isn’t near over yet.

For the past three months, I’ve been trying to stay away from people, doing everything I can to not get infected.

So far it’s worked, and I’m thankful for that because if I did catch coronavirus, I’d probably be in intensive care. The reason is that I’m immunosuppressed.

It goes back to 2012, when I first realised I had a rare genetic disorder that caused kidney disease. At one point my kidneys were operating at 15% of capacity and they were under attack from parovirus B16. Through 2014 and 2015, I ran with a kidney function below 20% and just days after the Beijing World Championships in 2015, I had a transplant, receiving a kidney from my sister.

Ever since, I’ve had to take medication twice a day – 8am and 8pm – that basically tricks my body into thinking the kidney my sister gave me is mine. I have to take it for life and because of that, my immune system is in a weakened state.

It means I have to be more careful at a time like this. Anytime I leave home to go to a public place with a lot of people, I always wear a mask. Until a vaccine is made, the harsh truth is it’s going to be really difficult for me to do a lot of things I like to do.

With the weather heating up and pools now opening, a lot of people going swimming in public but that’s something I have to avoid. I won’t invite any friends over to my house unless I know they’ve been quarantined. I haven’t been on a plane since the pandemic began or in almost any public place besides the park, where there’s lots of space.

Life has pretty much been lived in isolation.

But as a professional athlete, I still have to train. The goal was always the Tokyo Olympics and at the beginning of the year everything seemed on track. I was running very fast over hurdles and looking toward the World Indoor Championships in China. When they got cancelled, we shifted our focus to outdoors.

When the lockdown happened in March, I was about three weeks away from opening my outdoor season and I was in really good shape.

It had been a long road back. In 2018 I tore my groin at World Indoors, which bothered me for the entire year. When I started back training for the following year’s World Championships, my knee started bothering me. At first I assumed it was nothing, the kind of normal pain you get when starting sprint drills, but it wouldn’t go away.

I went to a specialist and it turned out my knee cartilage had a flap that was getting pinched by the bone. I had surgery to remove the flap and the rehab took way longer than expected, almost a year.

When I heard the Olympics was postponed, it felt like a big blow. It’s a pandemic, so it was the only decision that made sense, but for athletes in their 30s, an extra year feels like a long time when you’re targeting your final Olympics.

In Scottsdale, the tracks I train on are owned by schools or colleges so they’ve all been closed for the past few months. Instead I train on grass fields, parks, trying to find flat surfaces wherever I can. I bought hurdles so I could do some technique work in my back yard and I also bought weights online – dumbbells, barbells, med balls, kettlebells – so I can stay somewhat fit at home.

It’s definitely been a struggle. I didn’t see my coach, Andreas Behm, for more than two months and since things started to open up, we’ve been meeting at a grass field, always keeping our distance.

It’s impossible to train as normal, but I’ve been trying to get over some longer flights of hurdles, working the three-step rhythm. You need some level of normalcy.

Things could be a lot worse. A lot of people have lost jobs, the world is in chaos, so for us to be able to train, even if it’s not on a track, feels better than nothing.

What really worries me, though, is the second wave that the scientists talk about. If that comes, it will mean we’re not able to travel and more lives will be at risk. For athletes, there’s a lot of uncertainty. So many countries have shut their borders and a lot of us are wondering now if we’ll be able to compete at all this year.

But even if we can’t, I’m still gunning for a comeback. My goal is to make the Olympics in 2021 and also to win gold again. If I can do that, I know it will give motivation and hope to anyone suffering from any kind of ailment, whether it’s kidney disease, liver disease or cancer.

The past few years have taught me how the mind is very, very strong. Our bodies are meant to take beatings, but our minds are there to help us through it. For me, this next year is about trying to push through and show the world what’s possible. Hopefully I can get it done. 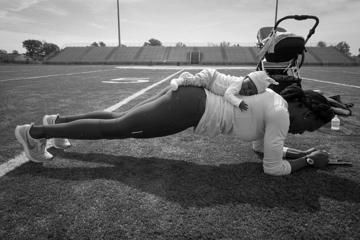 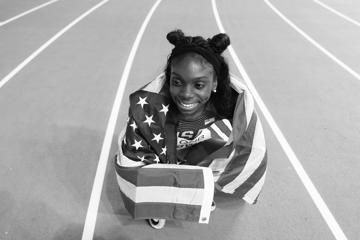 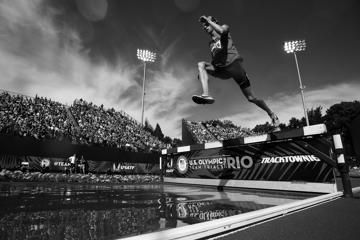