On Sunday (24th September), marathon maestro Eliud Kipchoge aims for the one major achievement missing from his CV – the official world record. We chat to the Kenyan from his base camp in Kaptagat ahead of his record assault in Berlin.

Happy to haul a bucket of water from a well at the Global Sports training camp in Kaptagat is perhaps not the typical action of your average millionaire. Then again, Eliud Kipchoge is no ordinary millionaire.

Unfailingly modest and humble, the softly-spoken Kipchoge is currently the greatest marathon runner in the world. Some would argue the finest in history.

Yet, not only is the 32-year-old Kenyan great happy to pitch in with the rest of the NN Running Team training group and pull water from a well each week from Monday to Friday, he chooses to live in the camp sacrificing home comforts and living with his wife and three children, who live just 40km away in nearby Eldoret.

It is perhaps this whole-hearted and totally committed approach to training which marks out the extraordinary Eliud Kipchoge as a once in a generation marathon talent.

He emerged on to the international scene when, aged just 18, he struck 5000m gold at the 2003 World Championships, defeating Ethiopian icon – and now NN Running Team colleague – Kenenisa Bekele whom he faces in Berlin, and Moroccan middle-distance legend Hicham El Guerrouj in the process. Kipchoge went on to enjoy a top-level track career highlighted by Olympic bronze and silver medals over the 12-and-a-half lap distance in Athens and Beijing, respectively.

In 2013, however, the man with the Zen-like composure found his true calling in the marathon. Since winning his debut marathon in Hamburg four years ago in a slick 2:05:30, the modest man from Nandi County has racked up seven wins in eight official marathons, including two victories in London, one in Berlin and Chicago as well as last year’s Olympic marathon crown in Rio. Even his sole defeat was a victory of sorts in 2013 in Berlin as he raced to a new PB of 2:04:05 – some 43 seconds behind Wilson Kipsang’s world record mark – in what was only his second ever race over the 42.2km.

Since then he has been flawless; invincible over the marathon distance.

Yet above and beyond his Olympic title, or perhaps even his 2:03:05 performance in London last year – just eight seconds shy of Dennis Kimetto’s world record – his defining performance in the marathon so far came in Monza in May.

Competing at part of the Nike Breaking2 project, the Kenyan recorded a mind-blowing 2:00:25 to run the quickest marathon in history and perilously close to the first ever sub-two-hour marathon. It was some display which resonated as deeply as Usain Bolt’s awe-inspiring sprint performances in Beijing and Berlin.

The key to Kipchoge’s success has been consistency. For 13 years under the close instruction of coach Patrick Sang – a world and Olympic steeplechase silver medallist in his own right – the pair have worked seamlessly together operating with a strong mutual respect and trust.

“He has been far more than a coach to me,” says Kipchoge of his long-time mentor.

“He has always said to me to treat myself as the best, and second he has taught me the philosophy of training and planning well. If I do this, he always told me the winning will come later.

“Being consistent in training is the base for everything. [To] be disciplined and to treat the sport as a profession is what I do.”

Eliud Kipchoge in action in Monza

Day by day, week by week, month by month, year by year – Kipchoge clocks up the mileage which has converted him into the most fearsome marathoner on the planet. Regular training sessions can include brutal 40km runs on hard-packed red dirt roads – or churned up muddy roads during the rainy season – which start out at 2500m of altitude and rise up to 3000m by the finish of the demanding trail.

“It is critically important [to have them],” he says. “They are a big motivation. You cannot perform when you train on your own.”

Known affectionately as "The Boss Man" within the camp, he is revered by the other athletes. The effervescent Kirui has long been a world-class athlete, but even he admits the main motivation from recently switching training bases to be at Kaptagat is to learn from Kipchoge.

Taking his roles seriously as father-figure to the camp, the Olympic champion is happy to offer advice from his vast bank of experience.

“I’d like them to follow in my shoes,” he says – so much so, he even passed on his spikes to teammate Kamworor for this year’s world cross country championships in Kampala.

“I am trying to do something good and hopefully they will follow. If I can offer one piece of advice, it would be to learn to control the mind and train each day with a positive attitude.”

A voracious reader of motivational and business books, Kipchoge is a keen on self-improvement. One of his favourite authors is the late US businessman and educator Stephen Covey – whose book The 7 Habits of High Effective People became a high hit.

“It is all about being serious, about working hard and motivated, and learning how to live with people,” Kipchoge explains of the book. “As people we don’t really need to be annoyed. You need to remember when night comes the day has passed. I try not to get annoyed.”

He is also a big fan of the book Who Moved My Cheese by Dr Spencer Johnson essentially a book about change and coping with change.

“It is a good book with a really great message,” he says. “It says we need to change and there is no need to get angry about change whether in sport, the economy – everything.”

Maybe such books offer a window into Eliud’s mind. It is hard to find a more unruffled and patient personality – characteristics ideally suited to the marathon.

These characteristics which will be put to the test on Sunday when he sets his gaze on the Berlin Marathon and a very precise goal.

“I would like the official world record,” says Kipchoge. He is surely capable of breaking the mark after his 2:00:25 performance in Monza – even given that the effort included certain advantages such as pacers who could drop in and out of the race and unlimited feeding stations.

“I set my goals one by one, for now it is that world record.”

Given his so far dazzling record over the marathon distance, few would doubt him. 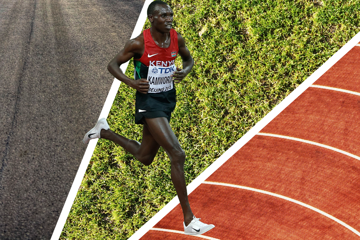 A Man For All Surfaces... 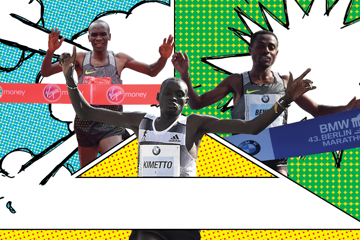 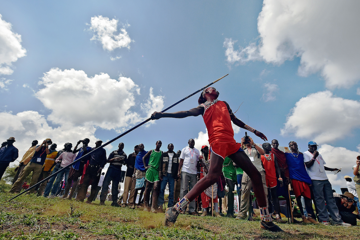