Many people don’t realise that we are really close in the high jump.

If you look back at the pictures when I broke my ankle in Monaco in 2016, everybody came over right away and tried to console me. Still when I look at the video from that day – it’s amazing – I am an opponent, but really I am a friend for them. That proved on that day, but more importantly the day after, the day after that, a month later when I started rehabilitation and continued all year.

When I finally started competing again in 2017, I remember my first big competition in Ostrava where I jumped 2.20m. I’m used to the crowd getting behind me and supporting me, but in this competition I felt my opponents were part of the crowd. They really tried to support me.

I was feeling a little like a baby competing with the adults. You know, sometimes there’s a child that gets to play with adults and everyone tells them how good they are, they give them the ball and say ‘Go, Go, Go’. That was me. They passed me the ball every time. It felt like a team effort. I can’t put into words how much I appreciated it then and I still appreciate it a lot now.

With Mutaz especially I built a great relationship. I remember, I went from Ostrava to Paris, and I did badly in Paris, really awful. I couldn’t clear my opening height. I was feeling frustrated, because I didn’t know whether I’d ever get back to the shape I was in in 2016.

You’re jumping, but you’re not jumping-jumping. You’re diving into the mat. And in that first Diamond League it was very frustrating.

Other jumpers would come to me afterwards, but I didn’t want to talk to nobody. I went directly to my room.

The day after, Mutaz started knocking on my room and he wouldn’t go away. First I just wanted him to leave. He persisted and was shouting: “Gimbo. Gimbo, please I want to talk to you.” So I gave in and let him in.

We talked. I cried in front of him. He tried to calm me down, and told me what he had to say.

“Don’t try to rush it,” he kept telling me. “You had a big injury, you’re already back in the Diamond League. No one expected that. But now you need to take your time, don’t expect too much too early from yourself. Just see what happens.”

The most important thing he helped me realise was that I had to do it for myself, not for others.

Over the last few years I received a lot of support from people. I don’t know why, but so many people I would meet in the street would put a hand on my shoulder, or give me a hug and tell me they knew I’d be back and that they believe in me. So I started the season thinking I am doing it for them and not for me. I was putting pressure on myself, felt like I have to jump for the people that helped me.

And that’s what Mutaz told me: you don’t jump for them, you have to jump for yourself. For you. He said: “You do a lot. I know you work hard. You work every day, every morning and afternoon in the swimming pool, with an elastic, all year. But it’s not an easy thing to come back from an injury like that. Just do it for yourself, in your own time.”

After that conversation in Paris where I did three fouls, I went for a long walk to the stadium. When I got there, I took out my phone and checked where there was another competition in the coming days that has a men’s high jump.

I found this competition close to Budapest and called the meeting director and I begged him: “please, let me compete. I know it’s the day after tomorrow, but you have to let me in”. I told him who I was and I said: “I really need it, please help me.” And he said he’d try his best to help me and I thanked him and told him: “I really don’t want anything in return, I don’t want money, even if I jump 2.40, you don’t have to give me anything. Just give me a room, one square, I won’t ask for anything else.”

I put down the phone and I start looking up flights. I arranged it all myself, I booked the flight before they even told me I could come and went back to the hotel. I didn’t speak with anybody, went straight back to the room.

He called me back and he said: “ok you are in”. I thanked him and I said: “I have to ask you another favour. Don’t tell anybody. Don’t put me in the start lists. They will see in the competition.” He said: “ok, I will just put your name down 24 hours before when we have to publish them”.

The day after I was supposed to go back to Italy, but I didn’t take the flight. Nobody knew where I was, my girlfriend, my father, my mother, my friends – nobody knew. I switched off my phone, I didn’t speak to anybody for three days.

The only two people that spoke to me was the meeting director and Mutaz in that room because he wouldn’t leave me alone until I let him in.

I went to Budapest and I did a great competition. Nobody knew I was there, because I didn’t want to jump for anyone. I wanted to jump for myself. I was there, just me, concentrating and I jumped 2.28m. It was my best competition of the year until then. I had jumped 2.21m, 2.20m, a no height, and there I jumped 2.28m. Something inside me changed, there I really started to live again. I was a high jumper again. 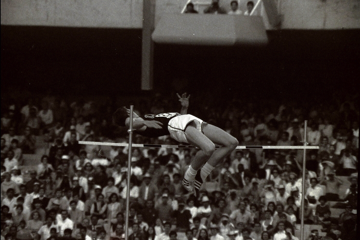 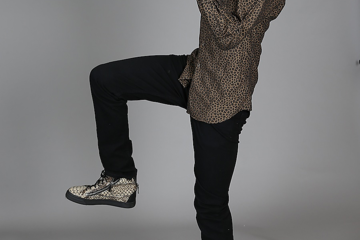 "We lost respect for the height"... 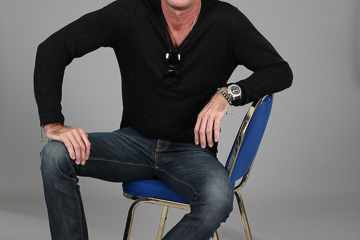