Britain's Holly Bradshaw rose to new heights and a national record in 2017. The pole vault ace shares her best tips with SPIKES.

Try and treat it like any other competition. I love competing, especially at major championships, and when I’m asked to raise my game, I thrive in that environment.

I find it exciting to represent my country and compete in front of so many people, so it is important to remain relaxed and keep calm.

Be confident in what you are doing. In the past three or four years, I’ve started working with a sports psychologist, which has definitely helped.

I find I now have fewer worries when I jump and my mind is free to focus on the job at hand. In the past, competing in a headwind used to freak me out, but now it doesn’t faze me.

My current coach [Scott Simpson] has taught me so much about control on the runway. I used to set off as quickly as possible, but I found I was slowing down before I hit the plant box.

Scott has taught me to build momentum into the vault in the same way a long jumper does before take-off. In that way, I can put all my speed and energy into the plant box and that has made a big difference.

It is about control and keeping a clear head. There are so many elements you have to think about on the runway, but control is so important – not only in terms of what height you achieve but also in helping avoid injury.

Holly Bradshaw competes at the IAAF World Championships in London

I like to take my laptop on the circuit and I spend a lot of time binge watching on Netflix.

Another thing I like to do in advance, is to research a nice local coffee shop. I like a good coffee and to spend a safe hour chilling out and relaxing over a coffee is a very good way of taking away any worries ahead of a big competition.

I have to work hard on my nutrition. I am not the sort of athlete who can eat anything. I have to be disciplined. A few years back, I wouldn’t eat a lot of fish or veg, but that has changed over time.

I think the biggest trick I’ve learned is that to cook chicken breast with salad is not that tasty, but to toast some nuts, add some hummus and add some peppers takes a boring healthy dish into something which tastes much nicer!

Just go for it! In the past I have been very safe when it comes to fashion – but now I have the attitude to go be more daring.

Drive a comfortable car. I am lucky in that I drive a Jaguar XS. I do a lot of lengthy drives to the airport and in a previous car my back used to be really sore from driving. A comfy car has made a big difference.

Try and explore the world. As an athlete, I get to visit many great places from Rome to South Africa, but because we are competing we don’t get the time to enjoy it. So at the end of the season, when I get the chance to go away and chill, I’d say try and vary the places you visit.

I’ve got more confident with my social media posts. I believe a lot of athletes and fans want to see what you are doing. I didn’t think anybody would be interested if I posted a workout video, but it has worked really well and I have had a good response.

My husband and I go on lots of dates. We like to get out of the house and spend time going for walks. The advice I would give, though, is whatever you do is leave your phone behind, as I find this way we spend time talking to each other. 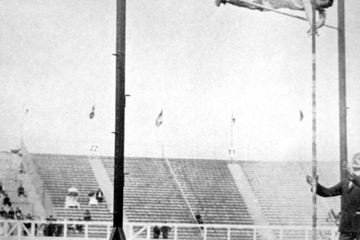 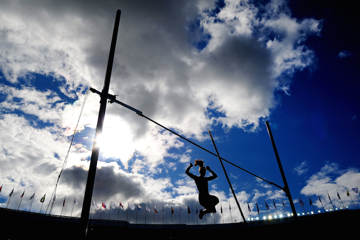 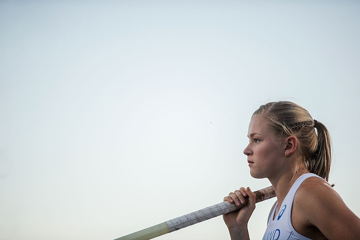