Those who know me know that I’m normally high-energy, high-octane – the kind of person who’s usually bouncing off the walls.

But these last few months, things have been different.

There were times where I’ve just slept most of the day, taking five- or six-hour naps because my body demanded it. There were days I was unable to get through the kind of training that was once so routine, days where I felt like I was going to pass out all the time – my vision blurry, my energy non-existent.

The reason? I have diabetes.

It’s about three months since I was diagnosed. At the time, I was doing a daily show, Track Girl Summer, with my friend Natasha Hastings, and stayed at her house a lot during the Olympics.

I started to notice around then that I had to pee all the time, and I was constantly thirsty, never feeling hydrated no matter much water I drank. I was also eating like crazy. I remember Natasha had a birthday for her son, Liam, and I ate from the L in Liam to the end of the cake.

One day I was talking to my friend, Sofia, on the phone, telling her how I had to pee all the time, and she told me to go get a glucose test. I drove to my local CVS pharmacy, then took the test in the parking lot. The normal level is 70-150, but my glucose was over 600.

At that level, I was at risk of going into a diabetic coma. My Dad is a type-2 diabetic, so when I explained the levels to my family they were like, “go to the hospital.”

I remember my phone battery was low, and I was super hungry, so instead of going straight there I went home for a while (not a good idea) before going to the emergency room.

Once there, I found out I was a type-1 diabetic.

It’s often called juvenile diabetes, and the cause is genetic. It basically means my pancreas doesn’t produce enough insulin, the hormone we need to control the amount of glucose in your bloodstream, and it’s not like type-2 diabetes, where if I exercise or eat better I can turn it around.

It was a really shocking discovery but, looking back, a lot of things suddenly made sense.

They can’t tell how far back I had it but I know it was quite a while. My A1C level, which tracks your average blood sugar level for the past few months, was 12. A healthy person is at 5 or 6, and the scale only goes up to 14, so things were clearly pretty bad.

Some things started to add up. At training, I always used to have a snack ready because I’d tell my training partners, I’m going to pass out, and now I realize why.

Living with diabetes means tracking your blood sugar all the time. At the start, I had to prick my fingers several times a day to get a drop of blood, but I’ve recently got a continuous glucose monitor (CGM) which I wear on my stomach – that measures my glucose every five minutes.

I was put on two different types of insulin and had to get a therapeutic use exemption from the US Anti-Doping Agency. I have to stick myself with insulin four times a day, and I’m hoping to get an insulin pump soon which would be great. I’m not super-queasy with needles, but it’s still not fun.

Being an elite athlete, I never had to take medication for anything, but when my vision was going I was like, what the heck? Thankfully it’s gone back to normal lately.

It was a tough few months at the start, but the way I deal with anything serious is humor. One of my best friends is Ajee’ Wilson, and I remember calling her and laughing about it.

I said: This is so ridiculous; of course this happened to me.

For some reason, I was okay with it. Diabetes forces you to take great care with nutrition and your daily routine, but I feel I’ve been training for this all my life. I can’t change it, so I’m not going to be sad and upset about it.

Maybe I’ll have a mental breakdown down the line but now I’m like, it’s okay, it’s an adjustment. It’s not like my life is over.

In the past few months I’ve talked to a lot of athletes who live, train and compete with diabetes. One of those who reached out is Kate Hall, a long jumper who was NCAA champion and who has type-1 diabetes. I also have friends from college who were D1 athletes and diabetic and a lot of people have been really supportive, giving me advice, helping me figure this out.

Nutritionally, one of the big changes is I have to cut down on carbs and sugars which is not so bad as I’ve never had a big sweet tooth. The one thing that really sucks is my favorite snack is fruit, so I have to be careful with that.

But with diabetes, it’s about having to do the little things; you have to stay on it.

I’m not someone who takes things seriously, but if you recognize the symptoms I’m talking about here, you definitely should: frequent urination, extreme hunger and thirst are the warning signs. If you feel them, go straight to the hospital.

Because diabetes is a blood condition, it affects every system in your body so once I knew what I was dealing with, the goal was to get it all under control.

The key thing is maintaining my blood sugar in its optimal range. My CGM checks it every five minutes and gives me alerts if I’m about to go too low or too high so I can intervene without it getting too dangerous.

I have an app that tells me the percentage of time I’m within range and I think of it as a game: Doctors tell me as long as it’s over 80 percent it’s good, but I get competitive; I want to be in the high 90s.

The main thing is to balance my nutrition along with exercise and right now I’m still trying to figure that out. Some workouts, like cardio, drop my blood sugar levels, but strength training and sprinting make it go up, so it’s about how to sustain that work for a long time without feeling like I’m going to pass out.

I feel my event, the 400m hurdles, is one of the toughest to do as a diabetic, along with the distance races, as it’s about sustained running.

Earlier this year, an injury cut my season short and it was a couple of months after that when I found out I was diabetic.

In the end, that might have been a good thing. It was better that I wasn’t in training when I was diagnosed because it allowed my body a chance to recover, to figure things out with my health at a time when I wasn’t pushing myself on the track.

It's a little hard to juggle everything right now, but the most important thing is getting my energy and sugar under control before we start going into full-on training.

I’m being patient with myself, giving my body time to get back to whatever my new baseline is and figuring that out.

It’s not ideal, but I don’t feel like that diagnosis is a death sentence for my career. It’s just a new thing to manage, one more hurdle to clear.

BACK
Pages related to this articleAthletes
Kori CARTER 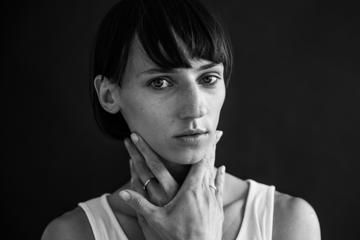 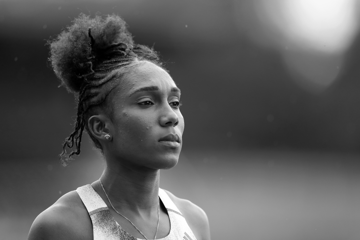 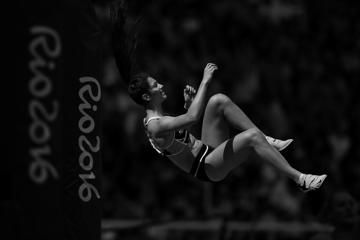