In the village where I grew up, no one did athletics. Kabaddi and wrestling were the big sports, and for a lot of my life I didn’t even know what a javelin was.

That changed in 2011. The previous year, my family had sent me to the local sports stadium to run and be active. The reason? I was an overweight child, one who got picked on by my peers because of it. That hurt my confidence, but as time went on, as I became stronger, fitter, I felt it return.

One day at the stadium, I saw some others throwing the javelin so I tried it out. Within 10 days, I was throwing 40-45 metres and others started to tell me I had a natural talent for it.

But I never thought I’d become a world-class athlete.

The javelin requires strength, but also speed, elasticity, and it took me at least two years to learn the proper technique. When I did, my progress was rapid.

But it was still hard to explain to my peers what exactly I was doing.

One time, I arrived at my village with two javelins and a couple of boys I knew decided to try it, thinking it looked easy. We went to a local field and, as it turned out, they couldn’t throw it far at all and quickly hurt their shoulders. After that they realised it’s a very, very difficult event, and these days more and more Indians don’t just know about the event – they respect and appreciate it.

In 2016, I went to the World U20 Championships in Poland and won gold, setting a world U20 record of 86.48m. Up until then, no one in India really knew about the javelin, but that sparked a change.

The coach who led me to that title, Gary Calvert, passed away in 2018.

I was devastated. He had shaped the start of my professional career. By then I was with a different coach – Gary had taken a job in China – but we always remained in touch, and I was in Finland when I found out the news. I was due to compete that evening and it hit me hard, but I decided I wanted to perform – for him. I won with a throw of 85 metres.

For the last few years, I’ve been coached by Dr. Klaus Bartonietz, and together we’ve had plenty of ups and downs. In April 2019, when I was in the middle of training for the World Championships, I felt pain through my throwing elbow and an MRI scan showed up loose bone fragments in the joint.

I skipped the Asian Championships and underwent surgery, and the months after were hard, sitting at home rehabbing and watching all the competitions I should have been doing. In Doha that year, the World Championship medals were won with 85-86 metres, distances I knew I could manage.

In 2020, I came back stronger, throwing 87.86m in my first competition in South Africa. I wanted to get more events in but, soon enough, the world went into shutdown.

The lockdown was tough.

There was a period of two months when everything was shut, but after that the facilities were available so we could start training again. It was a different feeling to 2019, though, because this time everyone was in the same situation. This year, we did manage a few competitions to start the year, and I threw an Indian record of 88.07m in March.

But in the past month or two, the way things have gone in India, I feel slightly odd, worried, as the Olympics start to come close.

It does affect me, seeing the situation in my country. A lot of people are dying, and I try to keep in touch with everyone close to me, making sure they’re all okay. As an athlete, however, I also have to get into that focused zone given this is the most important time of the year.

I try not to let the situation bother me, but it happens around me so that’s not entirely possible.

Nonetheless, I’ve been training as hard as ever. The way we structure our week, I train for six or seven hours some days, with lighter sessions in the morning and the heavy work in the evenings. Every Wednesday and Saturday I get the evening off, and Sunday is a rest day, but most of the other times I’m working on something, from strength and conditioning to gymnastics to technical training.

Every year, we try to refine my technique that little bit more. In 2018 I threw over 88 metres but there was a recurring problem that year with how my javelin was swerving in the air. These days it’s going a lot straighter, and I’m getting closer to where I want to be.

But with the weeks counting down to Tokyo, I feel the need to have more competitive exposure.

I had a very good start to my outdoor season, and my fitness and strength seems the best it’s been in a while. The way things are going, I think the 90-metre mark is achievable, and that’s all that’s on my mind for now – it’s too early to think about what might happen at the Olympics.

But no matter what happens there, Indian throwing has come a long way.

We currently have two javelin throwers qualified for Tokyo – Shivpal Singh is the other – and for the first time ever at a Grand Prix event we had three athletes over 80 metres back in March.

In my years in the sport, there’s been a huge change in how the javelin and athletics in general is seen in India, and the result is that the competitions have not just a lot more quantity, but more quality.

I see so much potential for Indians with the javelin. To succeed you need strength and speed, and Indian kids have that. I think, more and more, they'll see what we’re achieving and be inspired to pick up a javelin themselves.

And because of that, the future looks bright. 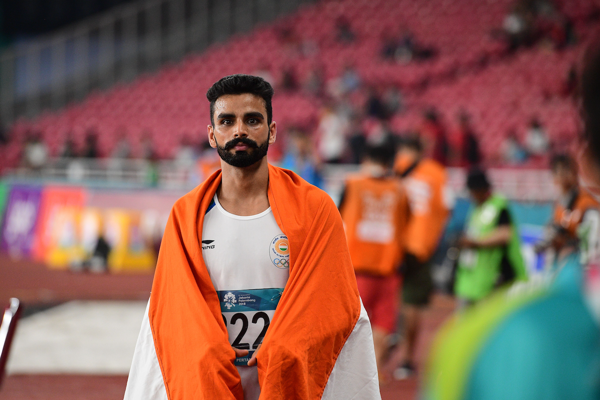 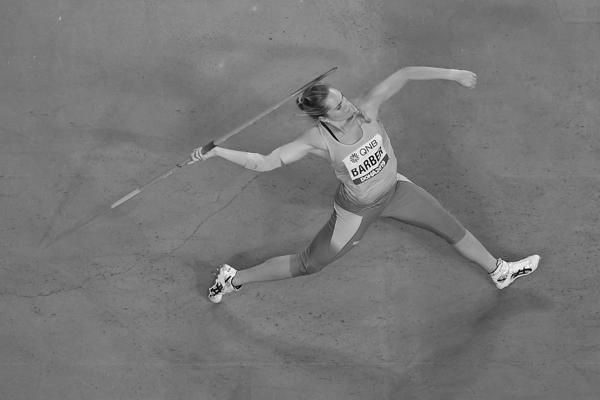 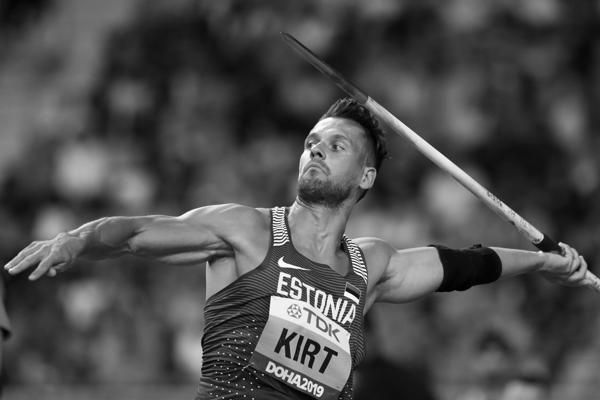