At times, this sport can make you crazy.

When things are going well, you float along without a care in the world, but when they’re not, you find yourself going to war with your thoughts.

I know the feeling. To an outsider, 2018 might have seemed like a smooth, successful year for me: silver medal over 200m at the European Championships, gold medal in the relay, British champion over 200m.

But standing on those podiums I was physically and mentally a long, long way from where I was two months before, when I questioned everything, trying to solve the riddle of my poor performances.

It got to the point that strange superstitions took over: I can’t wear these boxers anymore, I have to wear the ones I used when I was running well, I have to go back to using that toothpaste, not this one. It was crazy.

In college, when I had no money, I didn’t over-think things, but as a professional athlete I was on a mission to do everything right: buy organic food, do the best of everything – stuff I thought was going to help me run faster. It didn’t.

In winter I had a foot problem that kept me out for a while and then in April I had to pull out of the Commonwealth Games with a pulled hamstring. I trained so hard after I came back, sacrificed so much and thought it would all be okay, that it was all going to make sense. But it didn’t.

I’d train well, do a couple of races and then call my agent full of confidence. ‘Get me in this race,’ I’d tell him. ‘I’m ready to drop something.’

Then I’d go to the race and it was just… terrible.

I was travelling all over the world, and on the way home I’d have a 10-hour flight to think about it, scratching my head and wondering: what is going on?

I’m a really confident person, but my confidence drained away, and in its place came a pressure, a worry that this was no longer just a hobby, but my profession.

I’ve never run for money – I run because I love it – but every time you get on the line as a professional athlete you’re reminded that you have to pay the bills. Every place you finish down the field is someone else getting money that could be yours. That can weigh on your mind.

In tough times, the person I turn to isn’t some wise older head, but my younger brother, Christian. He’s only 18, but I look up to him.

As men, as athletes, we don’t tend to disclose too much, not wanting to be a downer for our peers, but he’s someone I can message and always be completely honest with – my right-hand man, my best friend, my go-to guy.

At NCAA Indoors last year he sent me a message that made all the difference at a crucial moment. ‘No intimidation,’ he wrote. ‘You are the guy.’

Early in the summer, I also sat down with my coach, Dennis Shaver, and tried to figure it all out. At that point we had eight weeks until the Europeans, but the clock was ticking.

We decided to train through the British trials and so I started loading up again: over-distance running, short rest. It might as well have been January again but that’s what I needed because I wasn’t finishing races like I used to.

At the British trials in July, it’s the first time I went in with a mediocre expectation of myself. I won my heat in 20.84 and I remember crossing the line thinking: where is the fast time?

The camera was on me and I had to keep it cool but in my head I’m thinking: what the hell did I just run?

I don’t know what clicked, but between rounds I got into a positive headspace and I said to stop questioning myself. In the final I ran a season’s best of 20.24 to win the title and make the team for Berlin. Game on.

As an athlete, you’re always trying to think positively but there’s thinking and there’s believing, two very different things. I had lost belief.

You have pressures as a professional: you want to validate your work, make your bosses happy, but that all starts with making yourself happy and then everything is reciprocal. The law of attraction is a powerful thing.

A lot of times, you actually run best when you’re not thinking. At the Europeans I knew I had put in a good block of training, and I felt deep down that it was time for me to do something.

In the 200m final, Ramil Guliyev ran 19.7 to take gold, and I just wasn’t in that kind of shape, but I ran my second fastest time ever, 20.04, to take silver, my first senior individual medal. It might not be fair, but in this sport you’re judged by medals and finally, I had got one.

But the thing is, nothing is given in athletics – it’s all earned.

I know how much more it’ll take for me to win a medal at either the World Championships next year or the Olympic Games in 2020.

That’s the reason I’m moving to Clermont, Florida, to work with Lance Brauman, where I’ll be training with the fastest man in the world over 200m: Noah Lyles.

It won’t be a completely different programme: Coach Brauman and Coach Shaver have a very good relationship and I was already working a bit with Coach Brauman through the latter part of this season. The collegiate environment I was in at Louisiana State University was great, but I feel a professional environment is the best thing for me to take the next step.

In this sport, your window is short so you’ve got to make hay while the sun shines. I’m going to be 25 next year, I’m reaching my physical prime and I want to maximise everything, leave no stone unturned – mind and body, working together to go as fast as I possibly can. 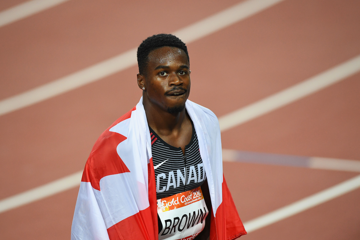 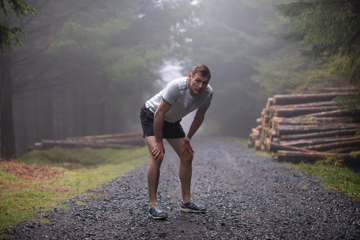 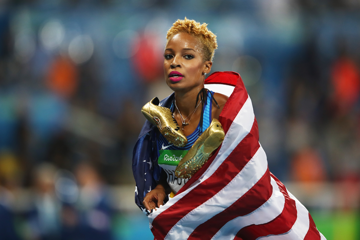