Niklas Kaul at his training base in Mainz (© Michelle Sammet)

On weeks like this, it helps to think back to something I learnt a few years ago from one of the all-time greats.

It was March 2016, and as world U18 decathlon champion I was selected as one of four athletes to go on a training camp organised by the IAAF with Ashton Eaton at his base in Eugene, Oregon.

We trained alongside him every day at Hayward Field, went for meals together, messed around playing laser tag in the evenings. At the age of just 18, it was a window in the world of how a true champion operates.

But something he said that week has stayed with me to this day. Ashton said competing well at a major championships is all about training as well as you can up until the last days, but that if something doesn’t work out as well as you wanted on the final countdown, it’s not a big problem.

The week before, he said, training is only really for your head, your mindset, and competition is a very different animal to a training session, so don’t worry if things don’t go perfectly.

He was speaking from experience, and what struck me was how relaxed he was about things. While he encountered nerves like everyone else, he told us how he coped with them and for me, that advice will be useful this week as I count down to my first senior World Championships.

Over the last few years, I realised how much I applied all the stuff I learnt from Ashton during that week. Physically, I’ve taken small steps each year, but the main difference is my mindset, how I think about competing in big championships like the Europeans last year in Berlin or the Worlds in Doha.

It’s a long, slow process – developing from teenage talent into an athlete who can compete with the world’s best seniors – and it’s one I’m still working on.

The biggest challenge is in the mind. You can be the best in the junior ranks but when you come to senior competition there are so many talented decathletes. You see somebody who jumps nearly eight metres in the long jump and suddenly, you’re not the best guy in that field any more. Often you’re nowhere near the best. That makes you learn quickly.

As decathletes, training is always a juggling act and the reality is rarely do all things click at the same time. For the past two years I struggled a lot with one of my greatest strengths – the javelin.

In 2016 and 2017 I struggled with an elbow injury, last year it was a back injury, and my performances were well off what I expected. As a 17-year-old I could throw 84 metres with the smaller, 700g javelin, and when I stepped up to the senior implement I was throwing about 70 metres.

People would tell me 70 metres is still great but because of the injuries, I knew I could do a lot better.

I worked a lot with physiotherapists, did so many exercises to strengthen my elbow and my back so they could tolerate the forces involved in the javelin. The tide began to turn this summer, when I threw 77.36m at the European U23 Championships in Gavle, Sweden, which I followed with a 78.49m throw in Berlin earlier this month.

In the decathlon, a good javelin is a nice weapon to have, and even if I’m way behind on day one it helps to know my two best events – the javelin and 1500m – come at the very end of the competition. If your rivals are 200 points ahead, you know you should – if all goes to plan – be able to claw them back.

In Gotzis in May, I set a personal best of 8,336 points and I knew there was so much more there. Given there was more than four months to the World Championships, it was still like a training competition, but I felt a whole lot sharper at the European U23 Championships, where I set my current best of 8,572 points.

When I take to the track, it may be me out there alone but getting to Doha has been a team effort.

I’m still coached by my parents, Stefanie and Michael, and as good as that is, it can also be hard. When a competition doesn’t go as planned or you’re injured it’s not easy to keep family life separate from your athletics. I have other specialist coaches who help out in certain events, like the pole vault and javelin, but in the end nobody knows me as well as my parents. We have a good relationship so it works really well.

In Gotzis, I also bumped into Harry Marra, Ashton’s long-time coach, and we had a long chat about the last few years – what I’d learnt that had been helping me progress. It was another example of how this sport is really like a family, where others who could easily be rivals are more likely to see you as friends.

My goal for Doha is simple: to break my personal best and get close to 8,600 points. I’ll be lining up alongside my teammates Tim Nowak and Kai Kazmirek, and as a decathlete pulling on a German vest, you feel a certain responsibility to perform, to challenge for a medal.

I saw recently that Ashton will also be in Doha as an event ambassador and whether it’s before or after my decathlon, I hope to cross paths with him.

Three years ago, I was the star-struck teenager who got the chance to train with my idol and I watched everything he did, trying to absorb as many lessons as I could. Now he’ll be in the stands, watching me, and I’ll be trying to put what I learnt into practice. 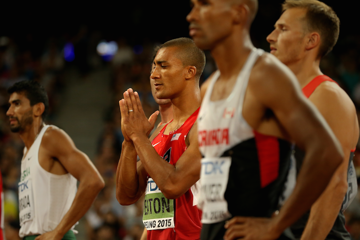 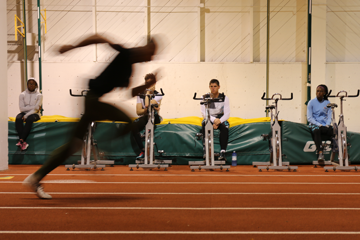 Why start in the first place? 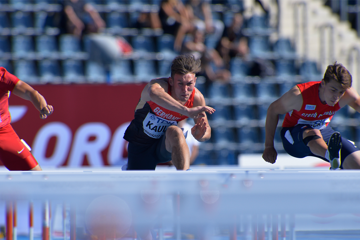 One Step At A Time