I’ve spent many years at the top level of our sport. A lot has changed during that time, but 2020 has been a year of drastic changes for a lot of reasons. We all have had to adapt to unique challenges and circumstances, and while some of these adjustments are only temporary, I hope that some of the learnings that we have endured and the developments we’ve implemented are only the beginning of more we can do together.

One of the biggest changes I have witnessed over the last year is that the voice of the athlete has become much more powerful – not only in guiding the future of our sport, but also around issues far beyond athletics.

Back in 1968, Tommie Smith, John Carlos and Peter Norman led the way, showing us that being an athlete doesn’t mean we’re limited to running fast, throwing far and jumping high, but that we can form our own opinions about key issues and use our platform to change things for the better.

For athletes, that can be a whole lot harder than any training or competition: standing up for what they believe in.

Peter Norman, Tommie Smith and John Carlos at the 1968 Olympics in Mexico City

2020 has been a year when so many found their voice, and it was inspiring to see. Some did it through social media and, while that’s a great starting point and helps start the conversation, the truly important part is what comes next – action.

Not many are willing or able to invest the time needed in real life, but if we are to avoid the mistakes of the past, the only way is to take concrete steps that will create lasting change.

As we enter an Olympic year, we are faced with a discussion on the appropriate way for athletes to use their voice on the biggest stage.

We can pretend sport is entirely separate from politics, cultural differences and the rest of society, but as we are increasingly seeing through numerous examples, that is simply not the case. More and more, sport is becoming a medium to communicate or amplify a message.

For the International Olympic Committee to determine where and when athletes can use their voice to call out injustices and draw attention to inequality is something that needs addressing.

I understand  there are two sides of a coin. We’ve all witnessed the lasting impact of the podium protest in Mexico City in 1968, but I also know there is concern that soon every medal ceremony could involve some kind of protest.

However, there are important topics the world needs to know about and be confronted with. Athletes have a powerful platform through which they can draw attention to those issues and lend a voice to those who may not be heard otherwise.

Within our own sport, we’ve seen in the past few months how those in charge are beginning to listen to – and value – the athletes’ voice more and more. It has also become clear that many athletes are not content simply participating in the sport – they also want to guide its future.

The IOC’s Athletes’ Commission is currently leading a consultation with athletes to explore additional ways in which athletes can express their views during the Games. Part of that consultation is a survey for Olympians and elite level athletes to contribute to and I would like to encourage all our athletes to participate by registering their interest using the following link. Once registered, athletes will receive an individual link to the survey within 24 hours. All answers will be completely anonymous and the IOC is asking that all responses are completed by the end of the year.

Since November last year I, along with Athletes’ Commission Vice Chair, Valerie Adams, have been voting members on the World Athletics Council. During that time we’ve witnessed first-hand the difference the athletes’ voice is making.

When drastic changes were announced to the Diamond League, it was clear a large proportion of athletes were not happy about it.

One of the biggest oversights was that whilst some athletes were consulted, athletes were not included in the decision that was made, so it came as a surprise for everyone when it was announced. Over the past few months this has changed, and whether we agree with some of the final outcomes or not, we now form a vital and listened to part of the decision-making process.

The Diamond League is the biggest competition outside of championships so for us, to remove disciplines was a disappointing decision, one that would create unrest and jealousy between events. It does not sit well with our core values as an Athletes’ Commission – advocating for equality and fair play in the sport are a vital part of our mission.

The change of direction in recent times has shown how valuable it is for athletes to fight for their rights and it is something we need more of in the future – on and off the field of play. As the democratically elected Athletes’ Commission, we want to seek input from athletes all around the world and from events that span the full spectrum of our sport.

Our goal is to provide an outlet for athletes to be heard. Our channels of communication are always open and as we become more involved in decision processes, we want to make sure we keep our peers updated on the work we’re doing.

As a Commission, we have grown in strength, but to make key differences in the evolution of our sport, we want to encourage more athletes to find their voice. We may be competitors on the track, in the field and on the roads, but away from that we are one powerful collective.

And ultimately we all want the same thing: a better future for our sport. 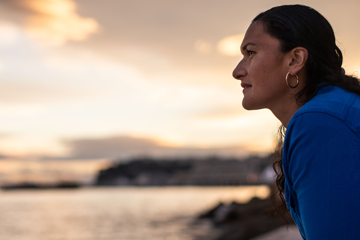 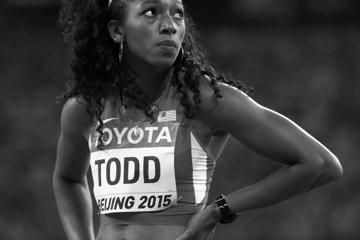 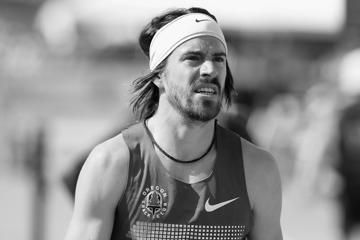 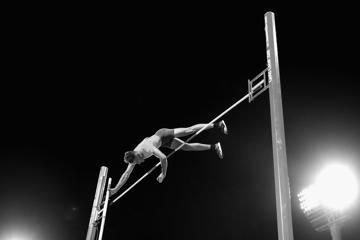