I think of it as a blessing in disguise. Yes, the past seven months have been different – and difficult – but there are some positives.

As the wheels of the sport started to turn these past few months, it’s been tough to look on from afar. I’ve been sitting at home in Pretoria, watching Diamond Leagues and thinking: can’t we just go?

But for athletes in South Africa, it wasn’t that simple. The lockdown hit us really hard back in March, and it’s still continuing to an extent.

For the first five or six weeks of it, we were completely locked down, unable to leave our houses. After that we were allowed to go out a little but there was a curfew. Tracks were off limits to everyone until August, with gyms closed until last month.

Together with my coach, Maritza Coetzee, we decided this would be a great chance to work on stuff we didn’t have time for usually. She has guided my career for the past seven years and, by now, she knows me inside out.

In the early months I just did strength exercises at home with what little equipment we had. When we were allowed outside we trained on the roads, which continued until August.

The focus was on all the smaller muscles, and we used devices that provided neurological feedback, finding out ways to improve my technique.

I also worked on my mind.

Since last year I’ve been seeing a sports psychologist and the lady I’m working with is great. With each session, I feel more and more progress and I know whenever I do get back racing, my mind will be in a much better place.

It’s a big step up to race the seniors.

In 2017, I won 400m hurdles gold at the World U18 Championships in Nairobi, Kenya and the following year I won the World U20 title in Tampere, Finland. Nairobi was incredible, my first time in the South African kit and the crowd, the atmosphere, was simply amazing.

I had been an athlete since the age of six.

I won my first South African title in athletics when I was 15 and that was when I realised this was what I wanted to do. I was still playing netball at the time, but once my heart was set on athletics I never looked back.

Being a gold medallist at age-group championships is great, but it can be a double-edged sword.

As you move through to senior level everyone has that expectation that you must perform, perform, perform. There was a lot of pressure on me last year, but I learned to handle it.

In Doha, I raced my first World Championships and at the age of 19, that’s a stressful stage. It was nerve-wracking, and I found myself thinking: maybe I don’t belong here.

But I knew that was stupid. Everyone starts on that same level, wondering if they should be there, so I reminded myself that there were 10 years between me and Dalilah Muhammad, who won gold in a world record.

I’ve been working a lot on my mindset ever since, learning how to calm down in stressful situations, how to feel like you belong.

I won’t lie. There were times this year when it was hard to keep training without any races on the horizon. I really miss them.

Races are not just a reward for all the work, but a way of showing you and your coach exactly where you’re at and what you need to do to get faster. It was difficult to mimic race situations in training without the use of a track for most of the year, so the whole programme had to be changed.

Seeing the sport on TV these past few months made me even hungrier to get back.

But international travel is still really difficult for South Africans. It looks like I won’t be racing abroad in 2020, but I hope some local meetings are organised so we can at least get our names on the results sheet.

But the main goal is down the line: the Tokyo Olympics.

When we do start to race again, I’ll find out what finer detail needs to be worked on but until then, I’ll keep doing what I’ve been doing and use this chance to get stronger.

The time-out from racing is one I didn’t want, but I’m hoping that down the line it’ll all pay dividends.

BACK
Pages related to this articleAthletes
Zenéy VAN DER WALT 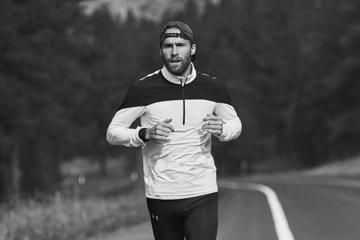 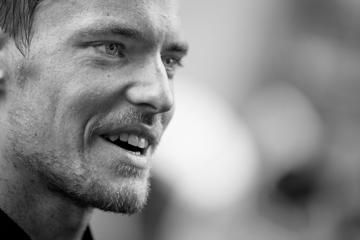 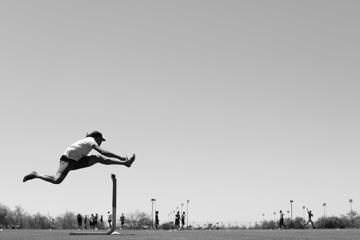