In 2004, when Annette Purvis joined Athletics New Zealand as one of its board members, she had more in mind than to just strategize and work towards the betterment for the organisation and the athletes involved.

Purvis wanted to bridge the gap for women who found the sporting industry was dominated by their male counterparts.

“I think it’s different for every woman as to how they would approach a situation in wanting to contribute,” says Purvis, a former senior manager with New Zealand’s largest insurer, IAG Insurance. “It was quite natural for me but the aim was to make it more natural for a lot of other women to help them progress to senior levels.”

Despite a few initial hurdles, Purvis feels there has been a huge change in the way women are looked up to these days.

“I’m a person who is relatively confident and likes to get things done and so if I see a role, I’m happy to make a difference,” she said. “But when I became got involved with the IAAF in my area, I realised that it’s not relatively easy for a woman to progress through. I got involved with IAAF’s Women’s Committee and then went on to become a part of the gender task force.”

Purvis’s continued efforts even landed her with the role of chairperson of Athletics New Zealand. Given the kind of hierarchy that prevailed back then, however, Purvis recalled that not everyone was happy to see her in that position.

“But that’s completely gone away now, after they’ve seen what one could deliver and how the sport has changed and grown under your leadership,” she added. “We try to ensure that there’s diversity and equity on the board in terms of different sections of the society as well.”

“In that aspect, New Zealand has been quite a trailblazer given that there had been a number of female role models. In some Olympics, women come back with more medals than men. I think there are a number of factors in that regard but it’s still a struggle to keep more female coaches and officials. I’m trying to get more equity wherever I can. From the outside it might look as though not a lot has changed, but I feel it’s now more engrained, more natural and articulated in our processes.”

While the progression is something that Purvis is happy about, she is concerned with the lack of good female coaches at the grassroots level.

“We’ve got a lot of female coaches, in fact quite a few elite coaches, but not enough at the grassroots level,” she said. “But the fact that we (Athletics New Zealand) have appointed high performance female coaches, it signifies quite a lot – not about just them being role models but also a lot about their capability.

“The environment isn’t always that friendly towards female coaches. There’s a lot of competition in some disciplines. It’s not a female-female thing but women coaches may be more empathetic towards athletes. But, again, it depends on the individual. Mainly it’s just ensuring that there are good opportunities for women.”

The former middle-distance runner also went on to add that while there did exist certain prejudices, it neither affected her work nor led to additional pressure.

“I’ve never had a negative feeling within the athletics family but when I was a lot younger and I hadn’t established my credibility, it was quite difficult back then. Once I became a Board member, I realised that I had found my place.”

Purvis recalled how a male-dominated atmosphere from her days in the insurance industry had helped her prepare mentally. Now she foresees a bright future, not just for the athletes but also the organisation and women administrators in days to come.

“Within the IAAF there’s still some way to go in terms of representation, which is why I’m so excited to be a part of the gender leadership programme,” she said. “There are great men who’ve helped me in my journey so it’s bit of a collaborative effort, which is so wonderful.

“I couldn’t have been a successful chairperson without the support of my board, of which the majority were men when I joined, but men who were happy to get on board no matter what. They were committed to what was best for the organisation and making sure they have the right people in the right representation.” 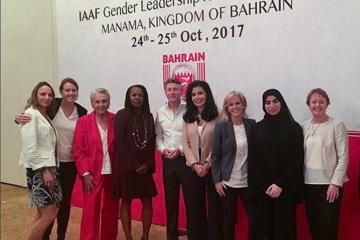 Athletics empowering women to lead in all are... 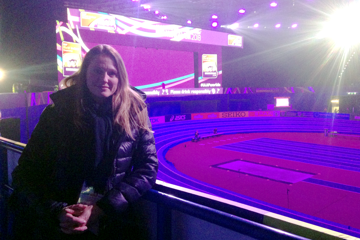 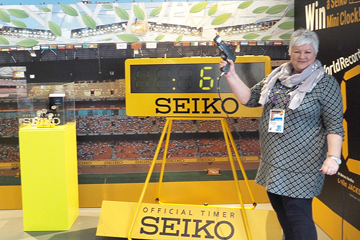 Timing is everything for Seiko's Boobyer-Pick... 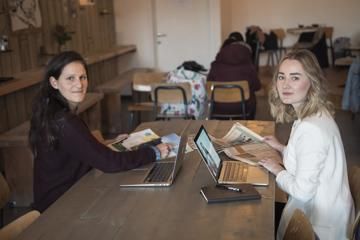 For Belgium’s ‘Wafel’ women, compassion is am...