Champions for a Better World

The announcement comes as world leaders prepare to gather at the COP27 UN Climate Change Conference and alongside compelling new data, which reveals that more than 76% of athletes are seriously concerned or very concerned about climate change, with over 66% feeling impacted directly by its effects. Seven in ten (72%) believe climate change has already impacted athletics directly. Finally, 90% said that World Athletics does have a role to play in addressing sustainability in the sport. The survey was carried out at four different World Athletics championship events in 2022, with 737 athletes across 122 countries giving responses.

The nine Champions for a Better World hail from Brazil, Australia, the USA, the Philippines, Burkina Faso, Italy, Switzerland, New Zealand and Nigeria, and compete in events across the athletics landscape.

The athletes have been recruited to support World Athletics’ efforts to reduce the sport’s environmental impact in alignment with the World Athletics Sustainability Strategy. The strategy aims to make the organisation carbon neutral by 2030, and to provide a pathway for member federations and licensed competitions to achieve net zero emissions by 2040. The strategy also encourages athletes to take a more active role in promoting sustainability and aims to provide support to have their voices heard.

World Athletics President Sebastian Coe said: "It's clear that an overwhelming majority of our athletes are very concerned about the impacts that climate change is having on their lives and on our sport. It's critical for us to act on those concerns, to put practical applications in place where we can, and to drive the sport forward with the advocacy and the high-profile voices that athletes can bring."

The Champions for a Better World initiative follows a string of actions by World Athletics to raise awareness about the effects of environmental change on the sport. Earlier this year the organisation launched its powerful Every Breath Counts campaign, which urged people around the world to sign a Declaration for Clean Air. In the recent athlete survey, more than 70% of athletes expressed their concerns about air pollution.

In addition to highlighting concerns that athletes have about climate change, the results show an overwhelming appetite for change among athletes, with more than 77% of respondents saying they are willing to change their lifestyle to reduce the damage their activities cause to the environment. 84% said they already recycled frequently, while 71% claimed they mostly avoided using single-use plastic.

The inaugural Champions for a Better World:

Alison Dos Santos, Brazil’s 400m hurdles world champion and 2021 Olympic bronze medallist, said: “As athletes, we have the important mission of raising awareness about the need to take care of the environment, both at social and economic level. We [athletes] nowadays have a precious platform to speak to the people who follow the sport and raise awareness. Being able to influence others is very gratifying to me. I am very happy and enthusiastic about embracing this challenge.”

New Zealand’s Eliza McCartney, 2016 Olympic pole vault bronze medallist, said: “We can see that climate change is already affecting sport. We have seen extreme temperatures, extreme storm events, air pollution. All of these things are very obvious in athletics, that you can see the change and how it’s affecting the training and competition of athletes. So it's critical for us to step up and have our voices heard and say what we think needs to be done and be part of the solutions.”

Elena Vallortigara from Italy, 2022 world bronze medallist in the high jump, said: “The life of an athlete is anything but moderate. We travel a lot, need to change our gear often because it soon [loses its performance], and so on. I think becoming more aware and paying more attention to our choices is very important.

Kelsey-Lee Barber, Australia's two-time world champion in the javelin, said: "Athletics is a big community. And as a community we have a duty to one another to help educate and take action on matters of environmental, social and economic sustainability. As an athlete, my goal in sport is not only about my personal success. A big part of my why is to encourage others, be a role model, and to lead by example."

Sam Mattis, USA's world and Olympic discus finalist, said: “Sport can be a powerful force for good, and through sustainability and justice initiatives we can set a powerful example for the world to follow. Change doesn’t happen without each and every one of us. Change won’t happen until all of us come together and demand it.”

Ernest John Obiena from the Philippines, the 2022 world bronze medallist in the pole vault, said: "The power of sport is truly immense. We have a huge following and a big influence on society and I truly believe we should capitalise on this to make sure that people are informed across the world about the current issues and solutions that we have."

Video messages from each athlete will be shared on World Athletics social media channels over the next two weeks. 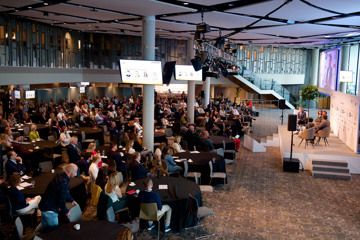 Sustainability and sport in the spotlight at ... 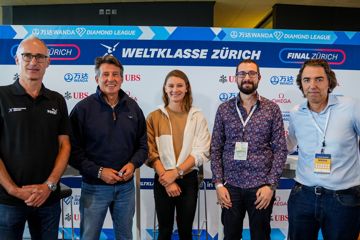