Biel: Anything is possible through sport

On 28 October, the Olympic Refuge Foundation and the IOC Refugee Olympic Team will be honoured with the 2022 Princess of Asturias Award for Sports.

Here, Yiech Pur Biel – who represented the IOC Refugee Olympic Team in Rio in 2016 and the World Athletics Athlete Refugee Team at the 2018 African Championships, and, since 2022, is the first-ever refugee elected as an IOC Member – reflects on this historic recognition of the power of sport in helping millions of displaced people around the world, as well as his own journey.

There are only two times in my life that I’ve cried: when my mother left me, and when I received the news that I would be on the first-ever IOC Refugee Olympic Team.

When I walked into the Olympic Stadium with my teammates for the opening ceremony of the Olympic Games Rio 2016, it was a defining moment for me, one I will never forget. I can still hear the crowd cheering for us. I thought of my fellow refugees in Kakuma, and my family. I took a moment to reflect on everything I had gone through to reach this point and the message we needed to send to the watching world.

We were ambassadors of hope at Rio 2016, spreading a message that anything is possible. Today, as the IOC Refugee Olympic Team and the Olympic Refuge Foundation are about to receive the Princess of Asturias Award for Sports, this message has proved to be true.

When I was separated from my mother, I wasn’t sure I’d see her again. I wasn’t sure she was alive. It was in Rio that the IOC reunited me with my family. As an Olympian, I spoke to my birth mother for the first time since I was 10 years old. This is the power of sport. This is the value of the Olympic Movement.

In Rio, we showed the world that, as refugees, we can do anything. Being a refugee is not the end. For me, with the IOC by my side, it was the start of a new journey.

After I returned from running the 800m at Rio 2016, the IOC helped me to enrol as a student at Iowa Central Community College in the USA. I was then made a Goodwill Ambassador for the UN Refugee Agency (UNHCR) and appointed by the IOC as Team Leader of the IOC Refugee Olympic Team at Tokyo 2020. I have been able to show more people than ever that there is no shame in being a refugee. That anything is possible.

Now that I have also been appointed as an IOC Member and a Board member of the Olympic Refuge Foundation, the IOC continues to strengthen my ability to shine a light on the world’s conflicts, providing me with a vital platform to speak for and with my fellow refugees. 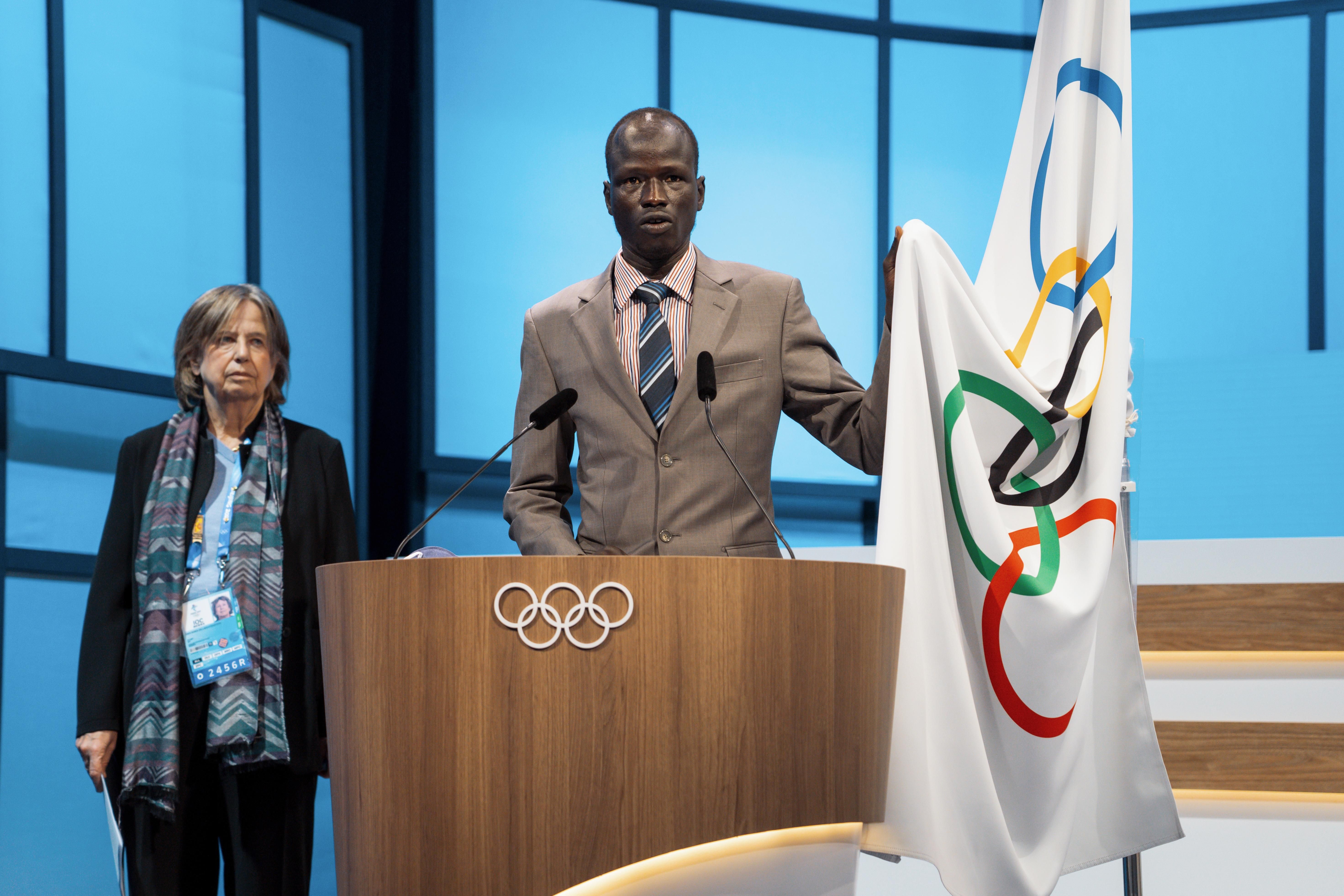 In 2005, when I was just 10, government troops came to my village amid the conflict in South Sudan. It was life-changing, but I was one of the lucky ones. I escaped with my mother and brother. We spent three days in the bush, eating only fruits, before being rescued by the UN and finding refuge in Kenya. That is where I got into running and first discovered the power of sport in uniting people.

With the support of the Olympic Refuge Foundation – the organisation created by the IOC – I recently returned to the refugee camp in Kakuma. I saw my family and advocated that refugees can find belonging through sport and shape their own future. Thanks to the foundation, which has a goal for one million young people affected by displacement to access safe sport by 2024, I can now give back to the communities who inspired my own journey.

From myself, and on behalf of all refugees around the world, I thank the Princess of Asturias Foundation for this historic recognition. There is no better tool than sport to unite people; in the Kakuma camp, I saw friendships develop between 19 different nationalities, all through the power of sport. And at Rio 2016 and Tokyo 2020, we competed as one in peaceful competition.

You never know what tomorrow holds; anyone can be a refugee, but so too can anyone dream and achieve their dreams. 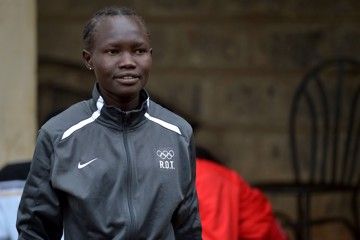 Lokonyen: "We can give hope to other refugees...