Here we take a look at the women's and men's throwing events at the Pascual Guerrero Olympic Stadium.

The gold and silver medallists from last year's World U20 Championships in Nairobi go head-to-head again. South Africa’s Mine de Klerk and Turkey’s Pinar Akyol have PBs just 10cm apart - Akyol having thrown 17.65m in May 2021 and De Klerk setting an area U20 record of 17.55m in the February. When it comes to performances this year, Akyol leads the way with her 17.46m indoor PB set in January, while her best outdoor performance this season is 16.53m. De Klerk, meanwhile, leads the season top list with her 17.19m from April’s Hayward Premiere at Hayward Field, which recently welcomed athletes for the World Athletics Championships Oregon22. Now studying at the University of Oregon, De Klerk is sure to have been inspired by the performances taking place on her university campus. De Klerk also secured silver in the discus in Nairobi and is set to double up again in Cali.

Separating the pair when it comes to performances this year is Germany’s European U20 bronze medallist Nina Ndubuisi. The 18-year-old threw a 17.27m PB indoors and has recorded 17.01m this season. On paper, this would look to be the battle for the medals, the trio being the 17 metre-plus throwers in the field, but Amelia Flynt won the US U20 title and has thrown a 16.53m PB this year, while Germany’s Jaqueline Gippner and Czech Republic’s Katrin Brzyszkowska have also achieved PBs surpassing 16 metres this season.

Germany’s Tizian Lauria tops this year’s global list with the 21.15m PB he threw in June, a mark that adds more than a metre and a half to his best with the 6kg implement before this year. He has also thrown 20 metres or further on six other occasions this year, including when winning at the BAUHAUS Junioren-Gala in Mannheim at the start of July.

He is one of four athletes on the entry list to have surpassed that 20-metre mark, including his compatriot Lukas Schober, the national U20 champion. The 17-year-old threw 20.16m when winning that German title.

Joining them at the top of the entry list are Jamaican duo Christopher Young and Kobe Lawrence. Young claimed wins at the Jamaican Championships and ISSA/Grace Kennedy Boys and Girls Champs ahead of Lawrence, but Lawrence turned the tables at the CARIFTA Games, going beyond 20 metres for the first time with 20.02m. Young’s PB is 20.20m, while Lawrence has the benefit of experience, having made the final at the World U20 Championships in Nairobi last year. South African U20 champion Aiden Smith is also just behind them with 19.99m this year.

Sweden’s Emma Sralla and Jamaica’s Cedricka Williams have both thrown beyond 56 metres this year, US-based Sralla leading the entries with her 56.38m national U20 record from Mckinney in April and Williams improving her PB to 56.21m when winning the Jamaican title in June.

South Africa’s Mine de Klerk is a couple of metres behind them when it comes to performances this season, but she improved her PB to an area U20 record of 54.22m in March and has great experience to call upon, claiming a surprise silver last year.

“I definitely wanted to win a medal in the shot put, gold was my goal,” said last year’s champion in that discipline. “In the discus, I didn’t expect to get a medal at all. I just came to enjoy it. When I got the silver I was blown away.”

Williams was also in that world U20 final, securing seventh place.

US U20 champion Siniru Iheoma and runner-up Ames Burton are the other 54 metre-plus throwers in the field, respectively having improved their PBs to 54.47m and 54.08m this year.

Germany’s Mika Sosna made history earlier this year, breaking the world U20 record with the 1.75kg discus in June as he threw 71.37m in Schonebeck. That improved on the 70.13m record set by Ukraine’s Mykyta Nesterenko in 2008 and is almost two metres further than Sosna's nearest rival this year, his teammate Marius Karges.

Sosna suffered injury after his record-breaking throw but rebounded to win the German title with a 64.92m performance, while Karges threw 64.11m for the runner-up spot. Their PBs put the pair more than six metres ahead of the rest of the entries, though Spain’s Marcos Moreno and Jamaica’s Kobe Lawrence will also be among those in the hunt for a medal, both having surpassed 62 metres this year. Lawrence is doubling up with the shot put and won the Jamaican U20 and CARIFTA Games discus titles, while placing second at the ISSA/Grace Kennedy Boys and Girls Champs. His teammate Christopher Young was runner-up at the Jamaican U20 Championships and CARIFTA Games and is also doing the throws double in Cali, with a discus PB of 61.66m from February.

Moreno was ninth in the world U20 final last year, one place ahead of Dimitrios Pavlidis of Greece, who also returns.

Rachele Mori has thrown an Italian U20 record of 68.04m this year to lead the entries for Cali by more than two metres. That performance came at the Meeting Internazionale Citta' di Lucca and the 19-year-old also won the national U20 title as well as placing runner-up at the senior event in Rieti in June. She has thrown beyond 65 metres in a total of six competitions this season.

Should all go to season’s form, Mori – who finished sixth in Nairobi last year – should be going for gold this time, but there could be a close battle for the other podium places.

Her closest challengers look to be German U20 champion Jada Julien and Czech U20 title winner Barbora Stejfova, who have both gone beyond 65 metres this year with respective PB performances of 65.90m and 65.20m. Stejfova also made the final last year.

Emily Fink improved her best to 63.60m in May and secured her spot on the team for Cali by winning the US title, while Audrey Jacobs claimed both the Dutch senior and U20 titles and threw her 63.52m PB in June. Valentina Savva of Cyprus was fifth in the world U20 final last year and the 17-year-old recently claimed the European U18 title in Jerusalem. She threw a national U20 record of 62.70m in June.

In an event featuring five athletes to have gone beyond 75 metres this season, it is Hungary’s Miklos Cseko who leads them all with the 78.44m PB he threw at the International U20 Match in Maribor earlier this month. The national U20 champion has surpassed 75 metres in five competitions this season.

In the medal hunt, there looks set to be a strong Greek domestic battle between Nikolaos Polychroniou and Ioannis Korakidis, with the pair separated by only 20 centimetres – 77.72m to 77.52m – this season. The now US-based Polychroniou won the national U20 title earlier this year, while Korakidis was runner-up behind him at the Greek U20 Championships. Slovenia’s Jan Embersic and USA’s Tarik O'Hagan have both also surpassed 75 metres this season, respectively throwing 76.79m and 75.08m PBs.

Serbia’s Adriana Vilagos won last year’s world U20 javelin gold at the age of 17 and she is now one of the big favourites to retain her title, having thrown three-and-a-half metres further than any of her rivals this season. Holder of the world U18 best, Vilagos has since thrown a national U20 record of 62.76m this year and has won eight of her 10 competitions this season, including at the Balkan Championships, Mediterranean Games, Serbian Championships and Serbian U20 Championships.

There are a number of athletes who could challenge for medals. South Africa’s McKyla van der Westhuizen claimed silver at the African Championships last month and will be looking to build on her sixth-place in Nairobi last year, while Fanni Kover has only lost once so far this season and that was at the senior Hungarian Championships. Their fellow 57 metre-plus thrower Momoko Tsuji, the Japan U20 champion, competes, as does her compatriot Aoi Murakami, who threw a PB of 56.30m in Tokyo in June.

If he achieves a mark close to his world U20 leading PB of 84.32m, then Ukraine’s Artur Felfner looks tough to beat in the men’s javelin. The 18-year-old leads the entries by more than four metres, his PB putting him fourth on the world U20 all-time list led by India’s Olympic champion Neeraj Chopra. As a 17-year-old, Felfner secured silver at last year’s event in Nairobi, also claiming the European U20 title, and now he will be going for global gold.

CARIFTA Games winner Keyshawn Strachan of The Bahamas is this season’s No.2 and has ambitions of achieving an 85 metre throw to build on the national record of 79.89m he set in April. He also has experience of competing at the event, having placed seventh in Kenya last year. The top three on the entry list have all surpassed 78 metres this year, Felfner and Strachan joined by Germany’s 17-year-old Max Dehning, who improved his PB to 78.80m when winning at the BAUHAUS Junioren Gala in Mannheim earlier this month. He also claimed the German U20 title and threw 78.05m in Halle in May.

Also looking to make an impact will be Dehning’s teammate Simon Schmitt, the German U20 Championships runner-up, as well as Hungary’s Gyorgy Herczeg and Cypriot champion Eleftherios Kontonikolas. 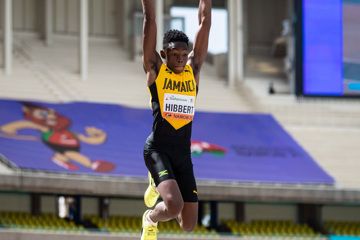 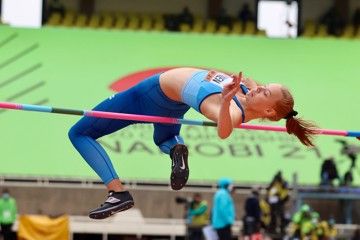