A throwing event in which athletes throw a metal-tipped javelin as far as possible. It requires a combination of strength, power, timing, co-ordination precision and timing.

The athlete must hold the javelin by its corded grip with his or her little finger closest to the tip of the implement. 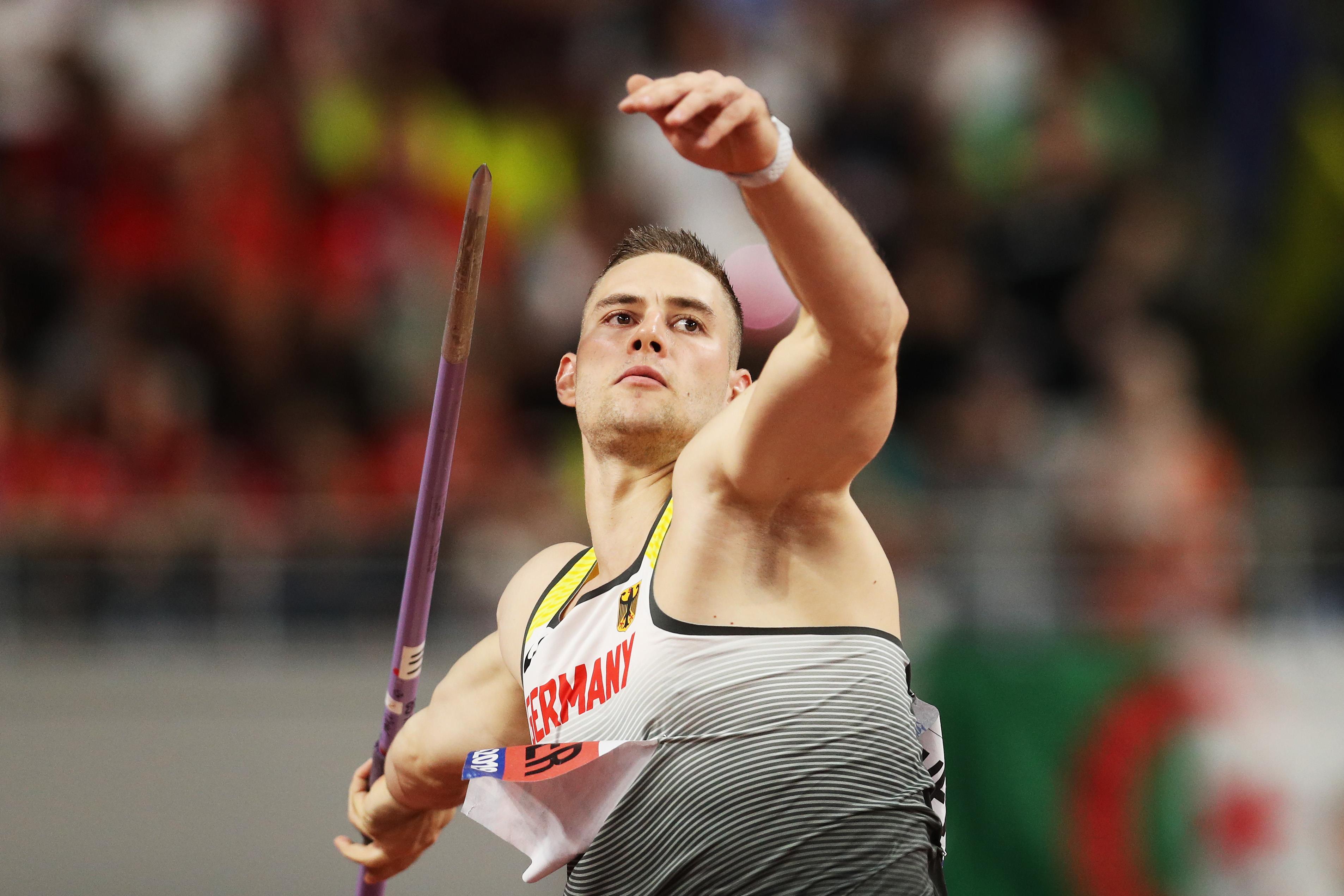 For the throw to be measured, the athlete must not turn his or her back to the landing area at any stage during their approach and throw; they must throw the javelin over the upper part of their throwing arm, and they must not cross the foul line, aka scratch line, at any time. The javelin must also land tip first and within the marked 29-degree sector.

If the tip touches the ground first, the throw is measured from this point. Athletes will commonly throw three or six times per competition. In the event of a tie, the winner will be the athlete with the next-best effort. At major championships the format is typically a qualification session followed by a final.

Throwing the javelin as sport evolved from the everyday use of the spear in hunting and warfare. It was widely practised in Ancient Greece and incorporated into the Olympic Games in 708BC as part of the pentathlon. It has been part of the modern Olympic Games programme since 1908 for men and 1932 for women.

In 1986 the men's javelin was redesigned; its centre of gravity was moved forward by four centimetres. This shortened throwing distances by approximately 10 per cent by bringing its nose down earlier and more steeply. This move was made because the men, following a world record of 104.80m by East Germany's Uwe Hohn in 1984, were in danger of throwing the javelin beyond the space available in normal stadiums. In 1999, the women's javelin was similarly redesigned.

The Czech athlete Jan Zelezny is regarded as the finest make javelin thrower in history. He won a hat-trick of Olympic titles from 1992-2000 and set the world record of 98.48m in 1996. His compatriot Barbora Spotakova is among the leading female javelin throwers in history, she won successive Olympic titles in 2008 and 2012 and is the owner of the women’s world record with a best of 72.28m.