At the heart of the new Olympic Athletics Collection room which opened today in the virtual Museum of World Athletics (MOWA), the world’s first virtual sports museum, is a spectacular ASICS historic shoe display.

ASICS, formerly named Onitsuka Tiger and founded by Kihachiro Onitsuka in 1949, quickly became the bespoke shoe choice for a legion of Olympic champions.

The athletics shoes of 10 Olympic medallists have been kindly made available to MOWA by the ASICS Museum in Kobe, Japan. Photographed in-situ, by World Athletics Heritage, the shoes are now available virtually in MOWA in glorious 360˚ 3D.

The ASICS display, which is designed to resemble a discus, guides visitors on a chronological journey through the highlights of the company’s successful history.

Visitors can activate the spinnable 3D high definition image of each shoe, consult supporting text content in English, French, and Spanish languages, and view stunning photography of the athletes. 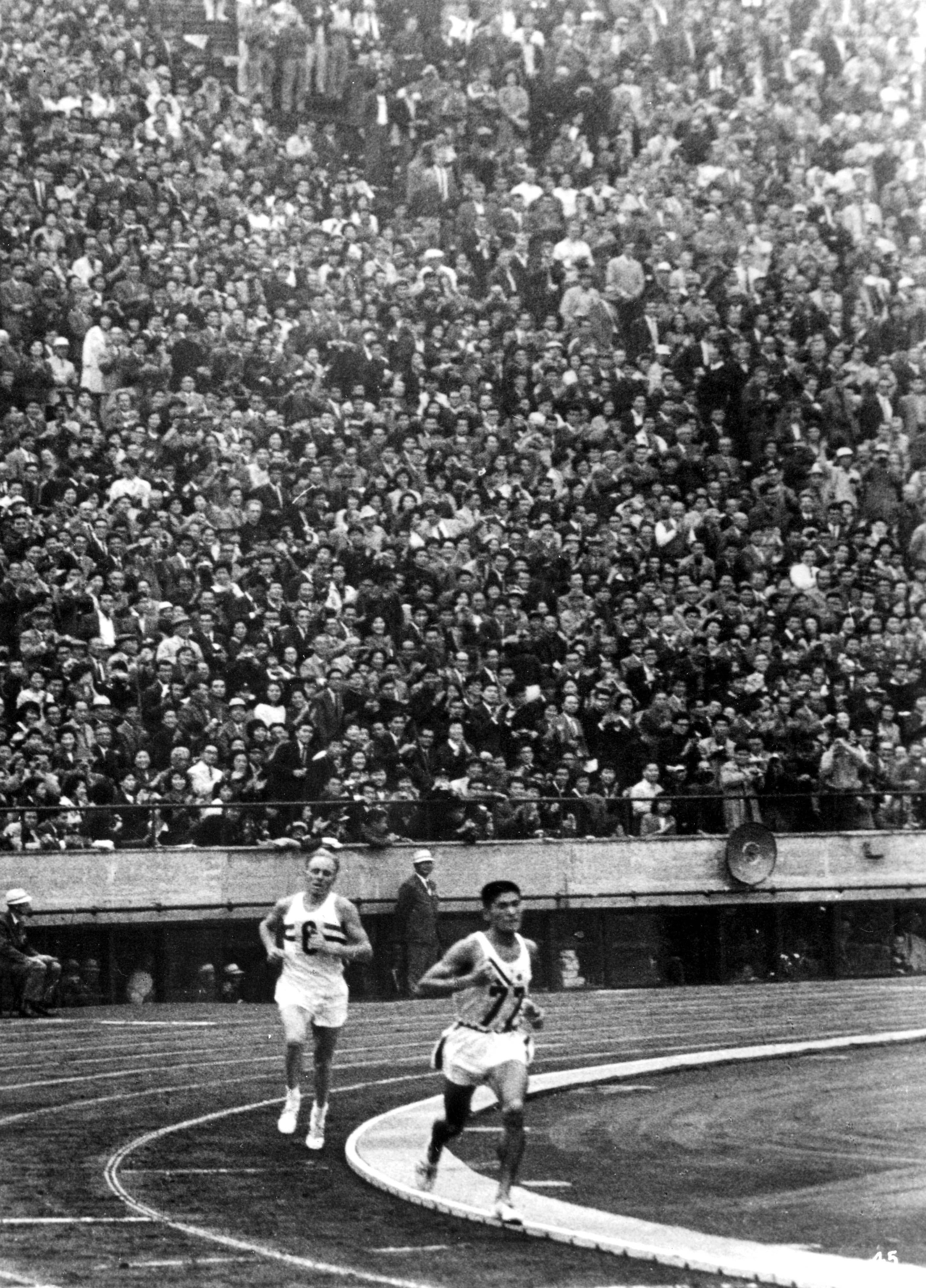 Appropriately, as the Tokyo 2020 Olympic Games is about to get under way, and the Japanese adore the marathon distance, this historic journey begins with the Tokyo 1964 Olympic marathon.

Finishing well behind Ethiopia’s Abebe Bikila, the 1960 gold medallist who won by four minutes in Tokyo, Britain’s Basil Heatley and Japan’s Kokichi Tsuburaya, both wearing Onitsuka footwear, played out a dramatic battle in the stadium. Heatley passed Tsuburaya in the home straight for silver. (Image © IMAGO)

Japan’s Kenji Kimihara, who had been more fancied to succeed than Tsuburaya, finished eighth in that Tokyo race.

However, Kimihara took the 1966 Boston Marathon title and two years later was a comfortable Olympic marathon silver medallist in Mexico 1968. He finished well adrift of another Ethiopian Mamo Wolde. It is one of Kimihara’s Mexico ’68 shoes which is on show.

The 1970s were a golden decade for ASICS. The 1976 Olympic footwear of gold medallists Irena Szewinska (400m world record) and Lasse Viren (marathon, fifth, a day after winning the 5000m), both owned by the World Athletics Heritage Collection, are on display in the Montreal 1976 section of the Olympic room.

Thanks to the assistance of the museum in Kobe, one of Viren’s spikes from his second 5000m and 10,000 track double in 1976 can also be viewed there. 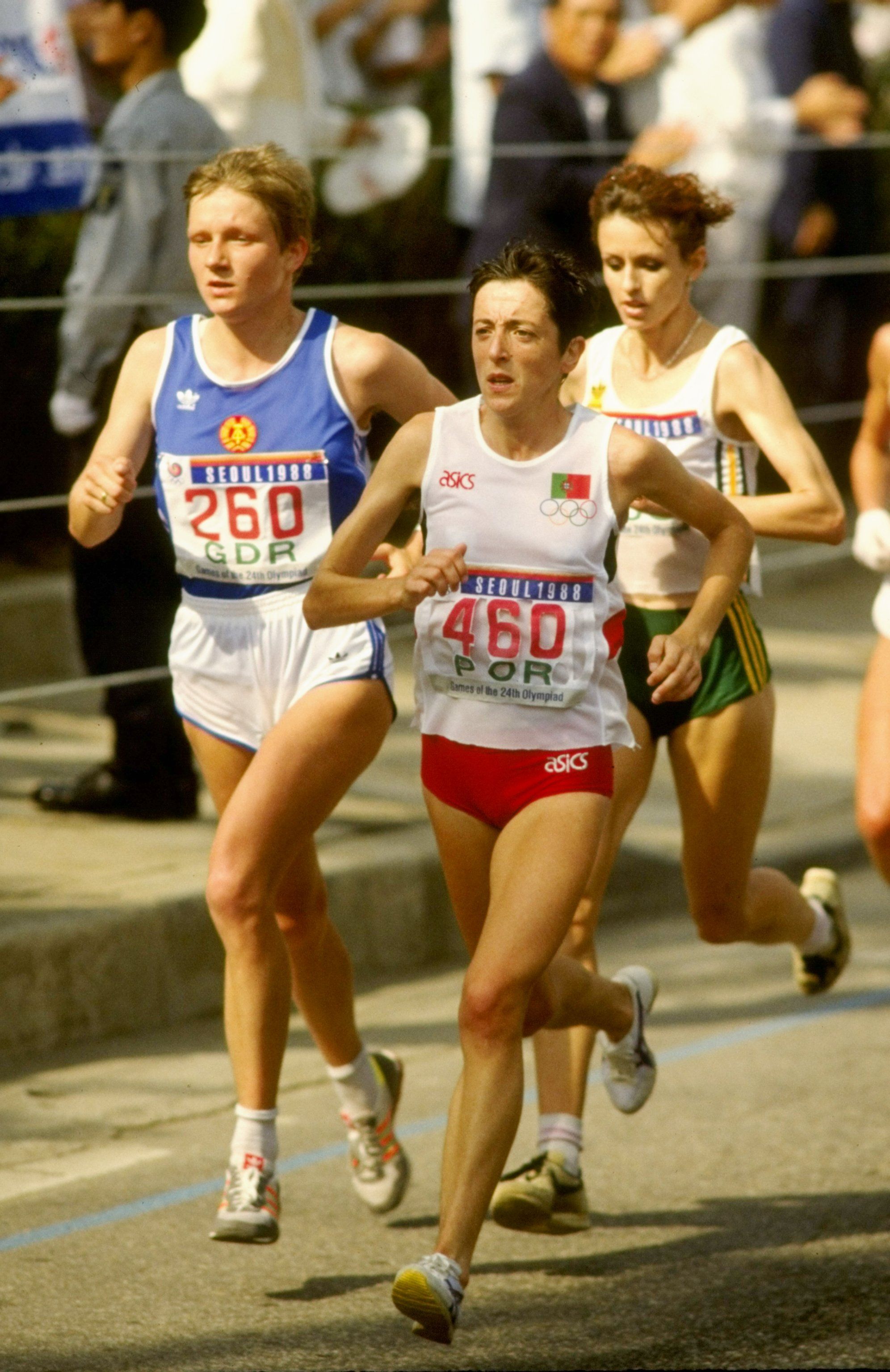 Back at the central ASICS display, we recommence our history lesson with the shoes of Seoul 1988 Olympic marathon champion Rosa Mota.

The Portuguese, who took a narrow 13-second victory in Korea, had been the bronze medallist four years before in the inaugural women’s Olympic marathon in Los Angeles.

The winner of three Boston and three European marathon titles, Mota ranks as one of the greatest female marathon runners of all-time.

The Daughter of the Wind

Like the footwear of Szewinska and Viren, the shoes of Japan’s Sydney 2000 Olympic marathon champion Naoko Takahashi are featured elsewhere in the room.

Takahashi, who in the year following her Olympic gold became the first woman to run sub-2:20, generously donated one of her Sydney 2000 competition bib numbers to World Athletics Heritage last year. The shoes and bib are both featured in the Sydney 2000 Olympic display.

There was no underestimating Takahashi’s national popularity and fame after her Olympic triumph. She was the subject of a comic strip entitled "Kazekko," or "Daughter of the Wind". Launched in May 2001, the strip told Takahashi’s life story and at its height attracted 700,000 readers weekly. 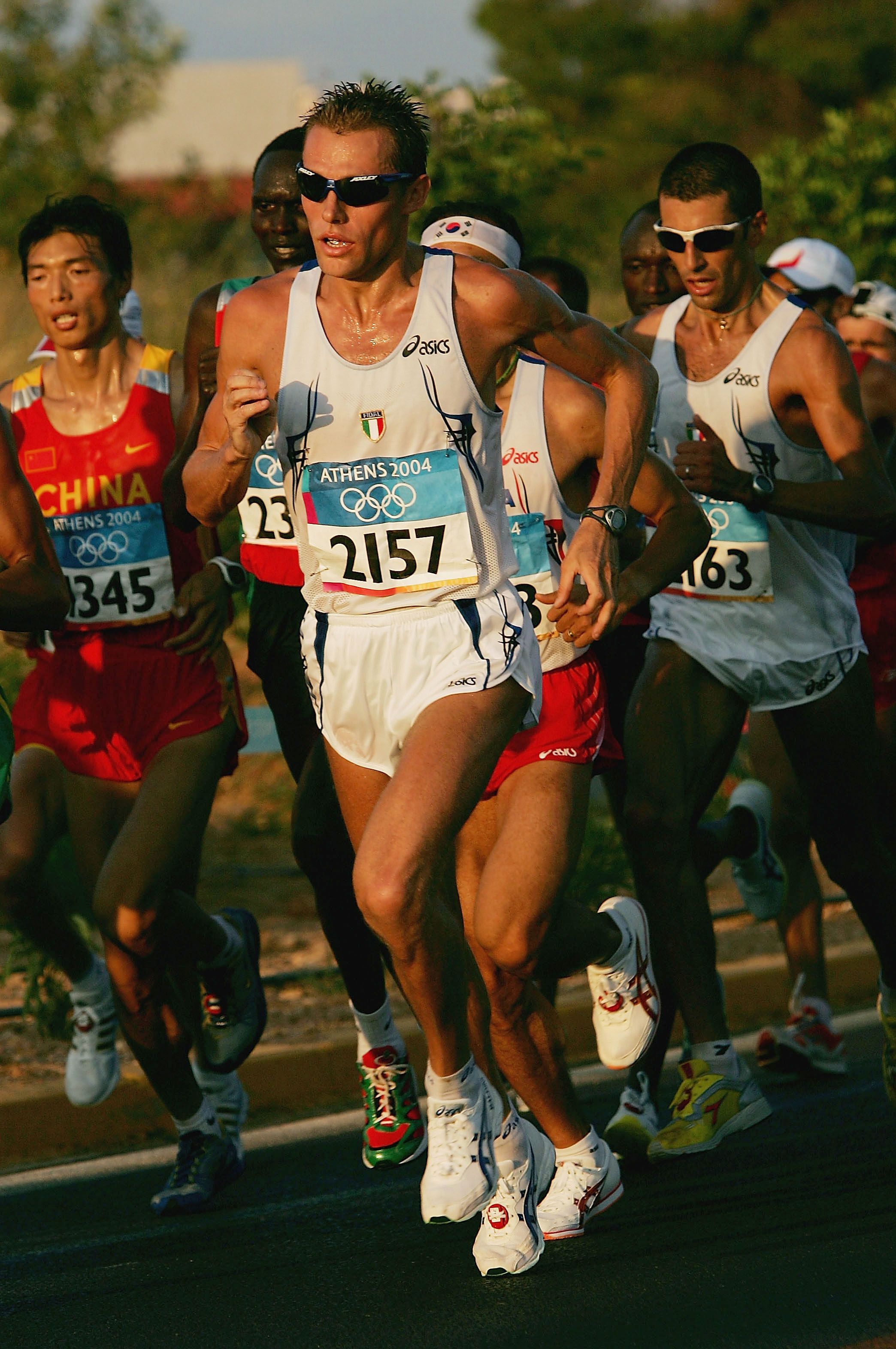 The visitor now arrives at Mizuki Noguchi, Japan’s second Olympic Games women’s marathon winner. On display is one of the shoes she wore when winning that title in the Athens 2004 Games. The following year Noguchi set a 2:19:12 Asian record in Berlin.

The shoes of the men’s 2004 Olympic marathon champion, Stefano Baldini of Italy, are also on show. In Athens, Baldini became only the second Italian to win the Olympic marathon following on from Gelindo Bordin in 1988.

Now we jump into the Athens infield. The visitor can view the pair of spikes which helped elevate Sweden’s Stefan Holm, the four-time world indoor champion, to his 2.36m Olympic victory in the men’s high jump.

A winner of the 2004 Chicago Marathon, 2005 World Half Marathon Championships and a World Championships bronze at the marathon in the same year, by the time the Beijing Olympics came along the Romanian was not considered a medal contender.

At 38 years of age, Dita surprised the world. Running 2:26:44 she took a comfortable victory in the Chinese capital, becoming the oldest Olympic marathon champion in history!