In partnership with Google Arts and Culture, Kenya’s Ministry of Sport will next year launch a digital museum to archive the country’s rich collection of stories and memorabilia that have made the African nation an athletics powerhouse.

Ranked 34th on the all-time Olympic medals table, and only second behind USA in track and field, of Kenya’s 103 Olympic medals, 96 are from athletics.

Some of Kenya’s nostalgic Olympic moments were relived on Tuesday (15) when Athletics Kenya celebrated its 70th anniversary at a ceremony in Nairobi where 70 of the country’s all-time champions were celebrity guests.

And they brought with them memorabilia that triggered nostalgic tears of joy to guests present, some who vividly recollected Kenya’s journey to greatness since 1950 when retired British soldier Archie Evans founded the Kenya Amateur Athletics Association (now Athletics Kenya) and led the nation to its first major global competition – the 1954 British Empire and Commonwealth Games in Vancouver.

And it was not until 14 years later in 1964 that Kenya won its first Olympic medal, a bronze in the 800m, through Kenya Army man Wilson Kiprugut Chumo.

Kiprugut was at Tuesday’s party - hosted by the Athletics Kenya executive led by the federation’s President Lt. Gen. (Rtd) Jackson Tuwei - proudly displaying his bronze medal that any museum of repute would die to house.

There was a near stampede as track and field enthusiasts milled around a temporary display of Kenya’s medals over the years, with the gold medals from the 1968 Games in Mexico City and from Munich in 1972 most sought after. 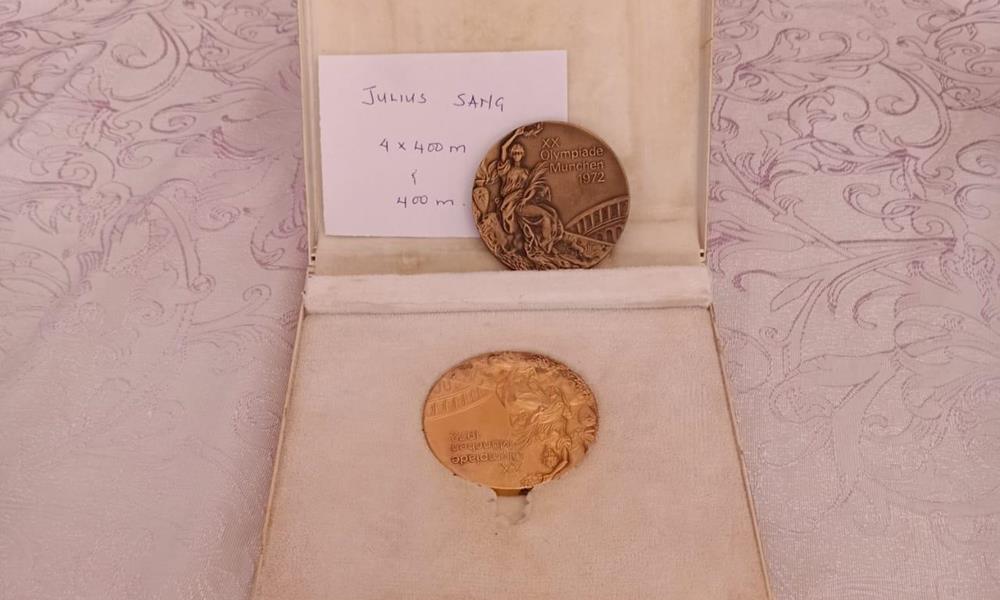 Besides the medals, wooden boards used as the track starter’s “gun” in the 1950s to 1970s were also on display alongside sawdust used for the jump pits and bamboo sticks that would be used for the pole vault.

So rich is Kenya’s athletics history and so huge is the collection of memorabilia that the Kenyan government has elected to launch a virtual museum next year.

“The Ministry in conjunction with Google Arts and Culture, Google Kenya, Athletics Kenya, the National Olympic and Paralympic Committees and other partners will launch the first and largest digital content feature on Kenyan sports, ever,” Sports Cabinet Minister Amina Mohamed told guests.

“It will celebrate the country’s history, heritage and excellence across disciplines, geography and communities. This project will also give us a platform to store all the turning sporting moments in history.”

“As a federation, Athletics Kenya has made an indelible mark on the history of our sport and a huge contribution to the development of our sport,” Coe said.

“Kenya is not just a prominent country in the world of athletics, it is a powerhouse. It is the number two ranked nation in the world behind USA with 151 medals in the 37 years’ history of the World Championships.

“Plus another 96 Olympic medals out of the 103 that Kenya has won in total in all Olympic sports have been won in Athletics.

“It has produced some of the greatest athletes in the history of athletics, starting from the first ever Olympic medallist for Kenya, back in Tokyo 1964, the 800m runner Wilson Kiprugut (bronze medallist) and continuing with legends of our sport, Rudisha, Kipchoge, Vivian Cheruiyot, Paul Tergat, Tegla Loroupe and a dozen other athletes who became role models for the generations that followed in their footsteps.”

Kiprugut and Tergat, the five-times world cross country champion and currently President of the National Olympic Committee of Kenya, were present at Tuesday’s celebrations along with Rudisha, the world 800m record holder whose father, Daniel, was part of the silver medal winning 4x400m relay team at the 1968 Mexico Olympics.

And what a glorious moment it was to see Lydia Stephens, Tecla Chemabwai and Elizabeth Chesire – Kenya’s first three female Olympians who made the breakthrough at the 1968 Mexico Games – reunite to relive their groundbreaking outing 52 years ago. 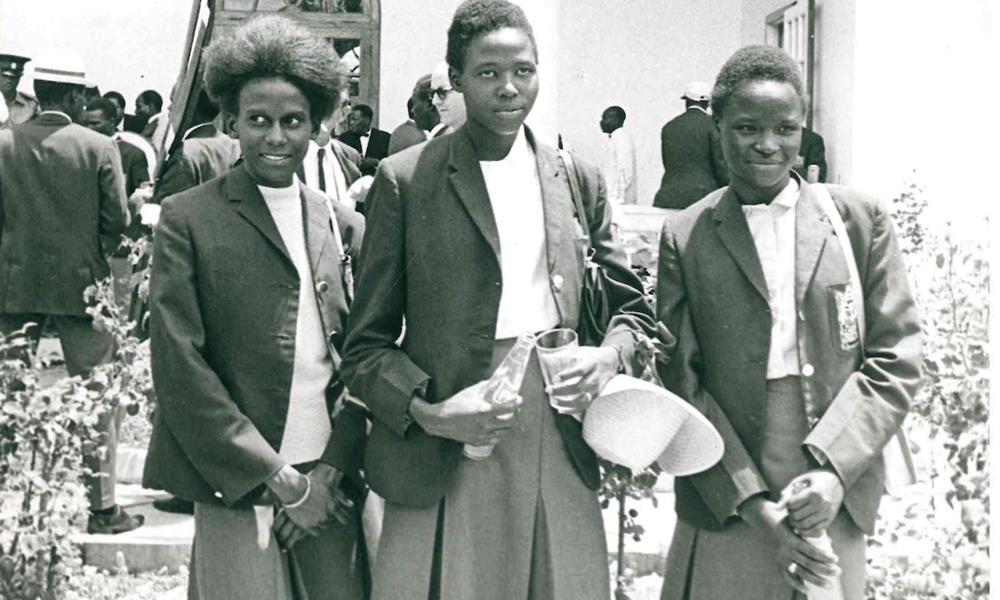 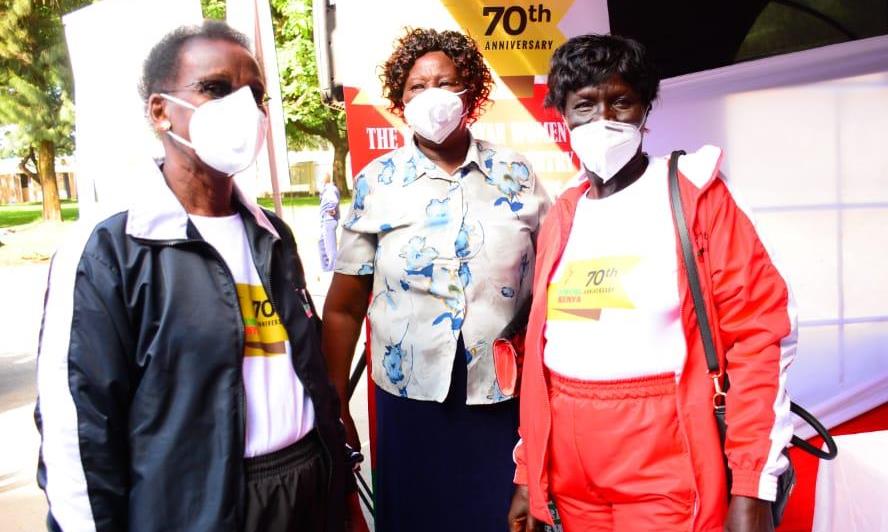 And they all carried some rich artefacts, including Stephens’ spikes used at the 1968 Games.

Stephens, 75, spoke passionately about Kenya’s unexploited potential in the sprints. She was back-to-back national 100m and 200m champion from 1966 to 1969.

“We need to start the children off at an early age. I started athletics at the age of five when I was at kindergarten in Mombasa. That is why I want to urge Athletics Kenya and coaches to cast their nets wider. We can produce great sprinters if we are to develop the talent that is rich across the country,” said Stephens.