Brendan Foster on a training run around Gateshead (© Getty Images)

The Wanda Diamond League will be reopening a treasure trove of world class athletics heritage when the 2021 season gets underway with Mondo Duplantis, Dina Asher-Smith and co in action at the Muller Grand Prix Gateshead in two weeks today, Sunday 23 May.

Rabat’s misfortune in being unable to host the opening event, due to ongoing coronavirus restrictions, has afforded one of track and field’s traditional hotbeds the opportunity to get back on the international map.

The International Stadium in Gateshead, directly across the River Tyne from Newcastle in the north-east of England, last staged a one-day showpiece event in 2010. The Aviva British Grand Prix, one of the inaugural season Diamond League meetings, featured a UK debut by one of the all-time greats from halfway round the planet. New Zealand’s big shot Valerie Adams won the shot put with a heave of 20.06m. 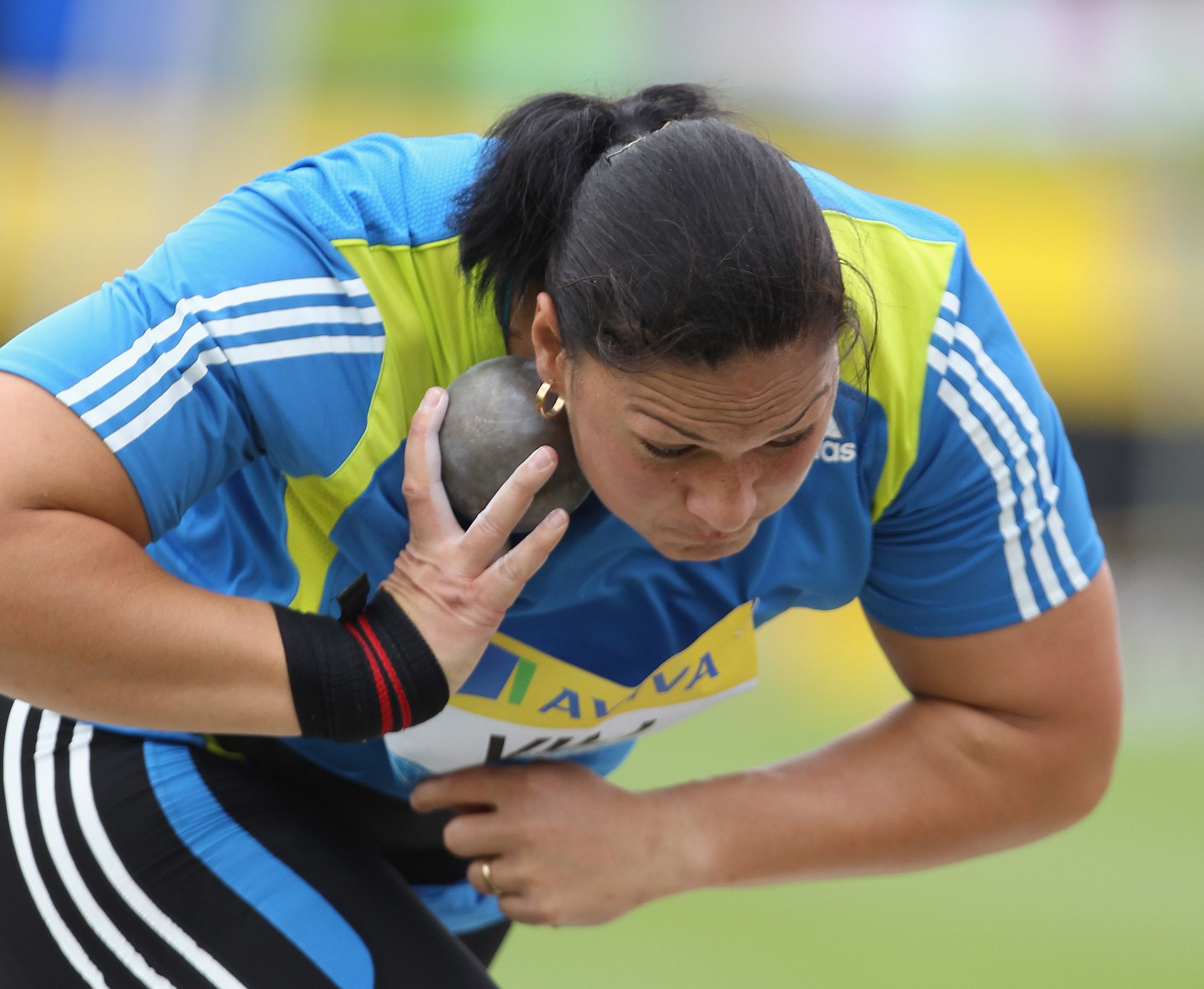 The Gateshead arena is famed above all else for its first world record. That came in August 1974 when Brendan Foster – pride of the Gateshead Harriers club and sports and recreation manager of the local council – christened the unveiling of the stadium’s new synthetic track with a 3000m time of 7:35.2, slicing a 2.4-second chunk off his Belgian rival Emiel Puttemans’ old global mark. In doing so, in front of a wildly celebrating 10,000 capacity crowd, the soon-to-be-crowned European 5000m champion laid down a marker that led to Newcastle’s long-overshadowed neighbour becoming an established international sporting stronghold.

The town’s reputation as a cradle of distance running stretches back to the era of professional ‘pedestrian’ runners of the mid-19th Century. Jack White, who raced as ‘the Gateshead Clipper’, clocked 29:50.0 for six miles at Hackney Wick in London in 1863 (in a 10 Mile Champion’s Belt race that also featured the great Native American ‘Deerfoot’, Louis Bennett). Not until the Flying Finn Paavo Nurmi flew past the six mile mark in 29:41.2 en route to his first 10,000m world record in Stockholm in 1921 did any man run quicker for the distance. 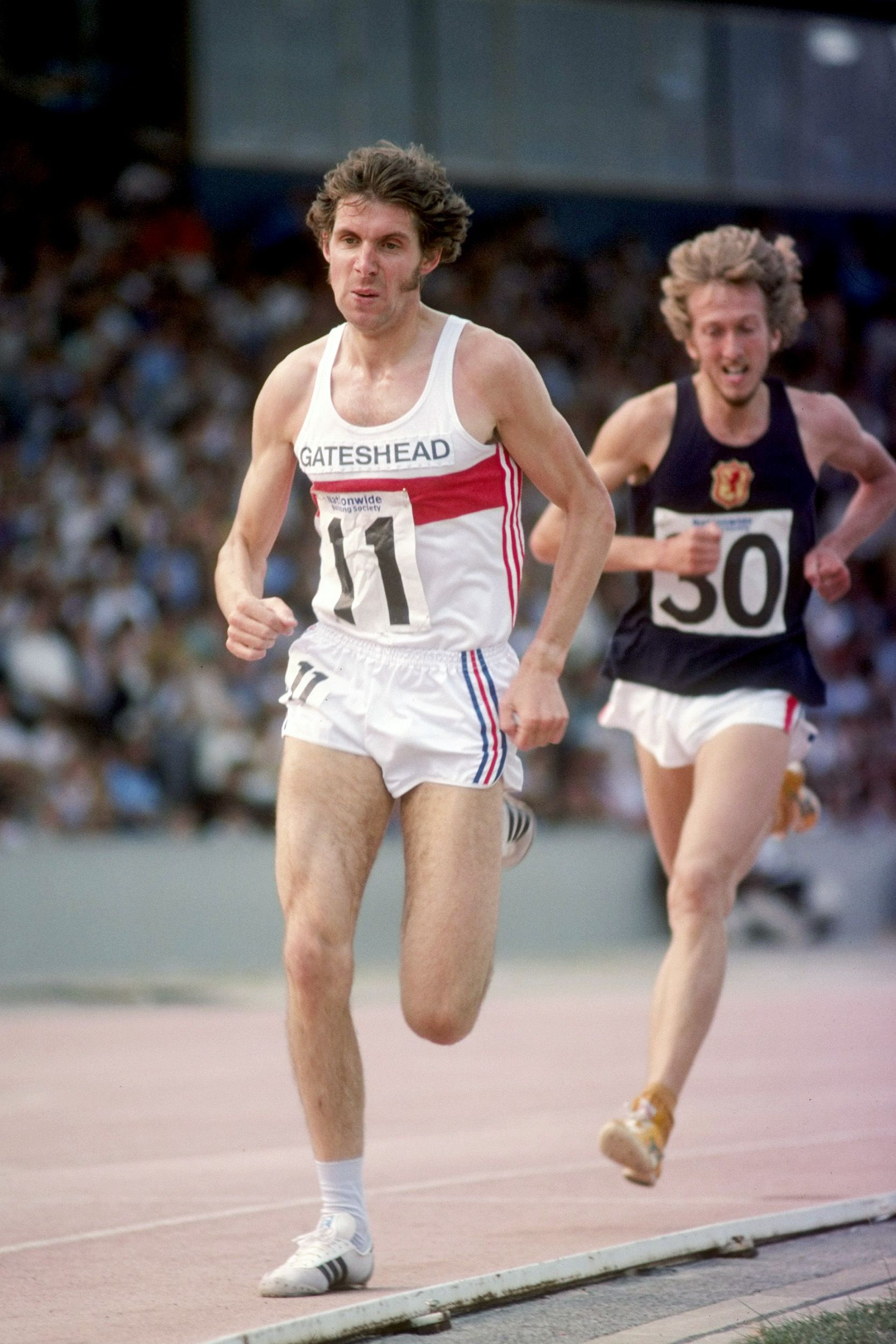 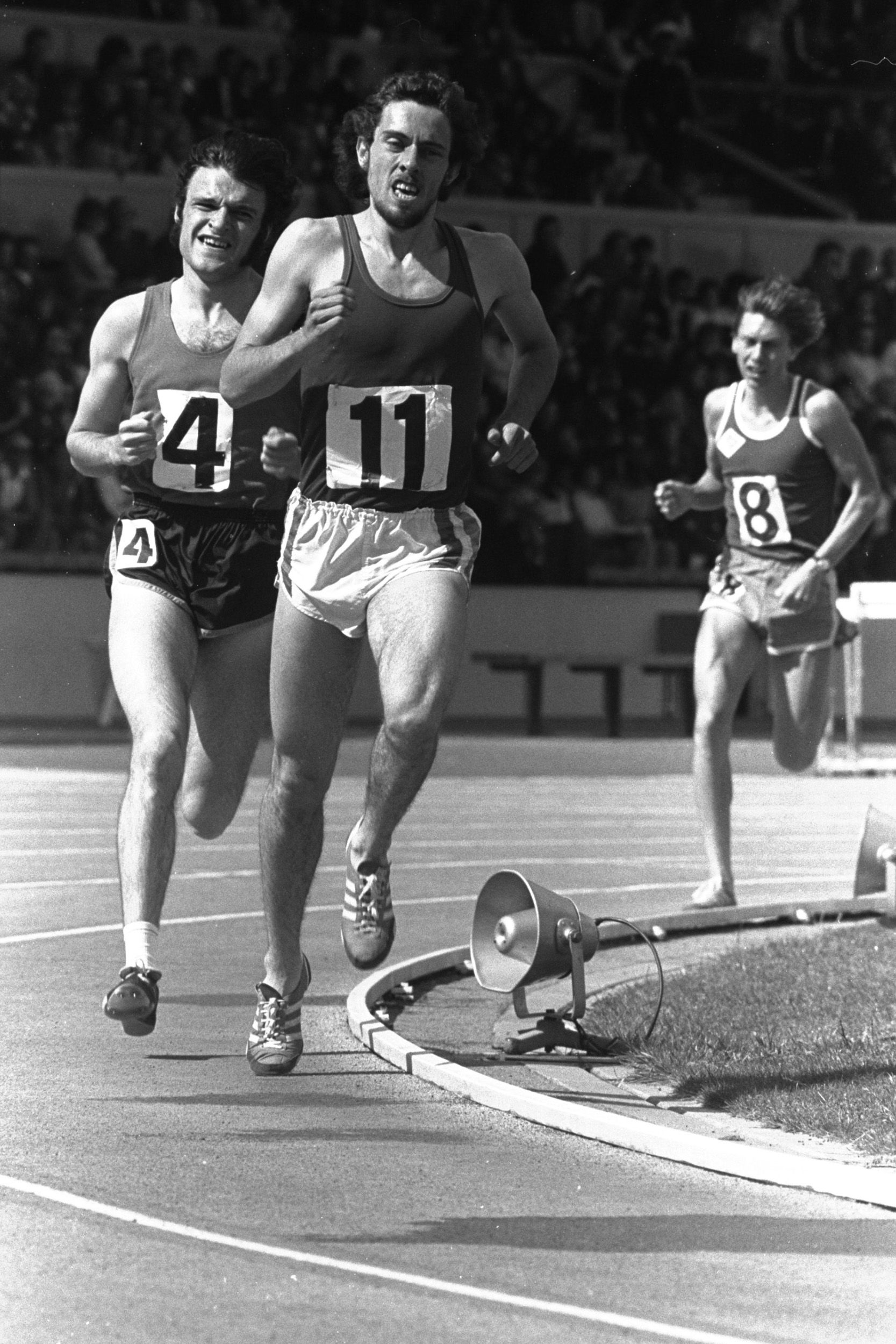 Still, it was Kiwi compatriots of Adams who first broadened Gateshead’s athletics horizons. Gateshead Youth Stadium, as it was originally known, was opened as an ash running track and banked velodrome in 1955 by Britain’s four-time world marathon breaker Jim Peters. It first saw international action in 1961 when a sprinkling of New Zealand athletes used the Vaux International Sports meeting as preparation for that year’s AAA Championships in London. 1960 Olympic 800m champion Peter Snell took the 880 yards in 1:50.4, while Olympic 5000m champion Murray Halberg won the mile in 4:04.3.

Fourteen years later, in the second of the hugely popular Gateshead Games that Foster organised, a pair of Kiwis clad in national kit loomed as invincible as the All Blacks, the formidable New Zealand rugby union team.

Unfortunately for Foster, when the imposing Rod Dixon took 40 metres out of him in the final 500 metres of the 5000m, it was not just the capacity 13,000 crowd that was left stunned; the psychological blow struck the local hero heavily a year out from the Montreal Olympics, where he proceeded to finish fifth in the 5000m (one place behind Dixon) and third in the 10,000m. Foster’s plan to inject a mid-race stinger of a lap, the calling card that won him the 1974 European 5000m crown, was thwarted by the wind that can blow wickedly strong off the Tyne.

The winner of the mile at Gateshead in 1975 was Dixon’s New Zealand teammate John Walker, who beat Kenya’s 1972 Olympic 800m bronze medallist Mike Boit in 3:57.6. The majestic Walker was to become a popular fixture on the Tyneside track. It was there that he claimed his one and only victory in the classic Emsley Carr Mile, at the age of 35 in 1987.

Walker maintains that his most memorable mile race in Britain was one in which he came close to suffering a shock defeat, at Gateshead, three weeks after his Olympic 1500m triumph in Montreal in 1976.

“It was a windy, horrible day and this 19-year-old kid had a 40-metre lead on me with a lap to go,” he recalled. “I was thinking, ‘Gosh, is this guy going to come back?’ I remember writing a letter back home to my coach, saying ‘I nearly got beaten tonight by a young guy and I didn’t even know: somebody by the name of Sebastian Coe. Thank goodness the wind blew him backwards or he would have beaten me’.”

One absentee from those Moscow Games was the elfin Norwegian who blazed a pioneering trail for women’s distance running, and who made her mark at Gateshead on the track, the country and the road.

Even if her country had not boycotted the 1980 Olympics, the greatest distance Grete Waitz could have contested in the Russian capital was 1500m, and by that stage of her career she was already pushing back boundaries at more than 26 times that length. 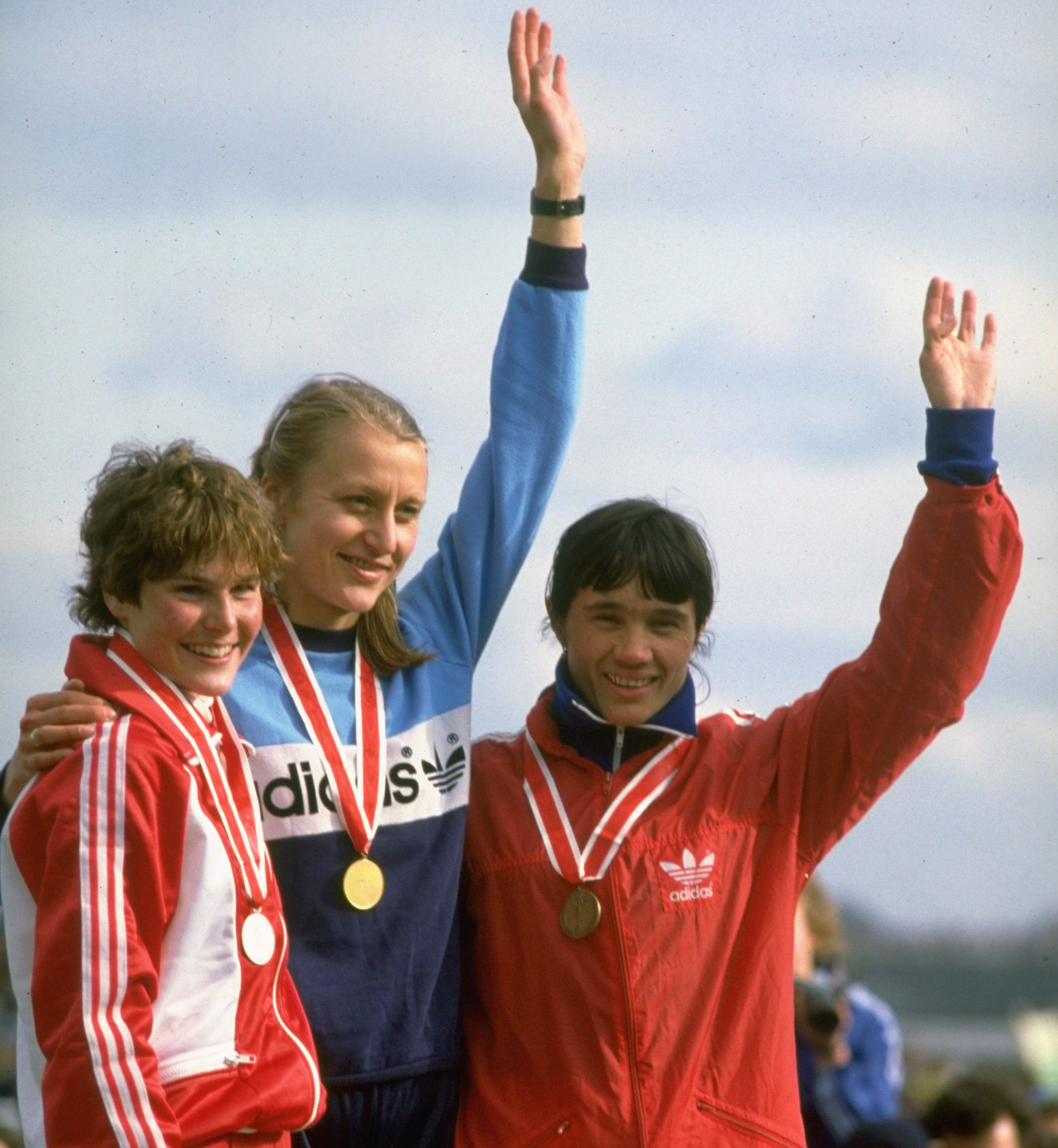 The four-time world marathon record breaker, the first woman to crack the 2:30 barrier, Waitz was still constrained to the middling distances when she raced in the 1975 Rediffusion Gateshead Games. A month after setting the first of her two world 3000m records on home ground in Oslo, the ponytailed Grete Andersen won the 1500m by 0.2 from Francie Larrieu of the US in 4:10.1.

It was at Gateshead in 1978 that she ran her fastest ever mile, 4:26.9. That had been planned as a farewell season before concentrating on her career as a geography teacher. But then came the diversion of the roads, a world record 2:32:29.8 marathon debut in New York and the opening of a whole new horizon.

When Gateshead was chosen as the venue for the World Cross Country Championships in 1983, Waitz emerged from a spell of injury and lost form with a fifth triumph in the women’s race. It proved to be a springboard to her momentous winning run in the marathon at the inaugural World Championships in Helsinki later that year.

On the undulating Riverside Bowl course behind the International Stadium, Waitz finished eight seconds clear of Allison Wiley of the US. The unheralded Ethiopian Bekele Debele edged out Portugal’s future Olympic marathon champion Carlos Lopes in an epic mass sprint in the men’s race. 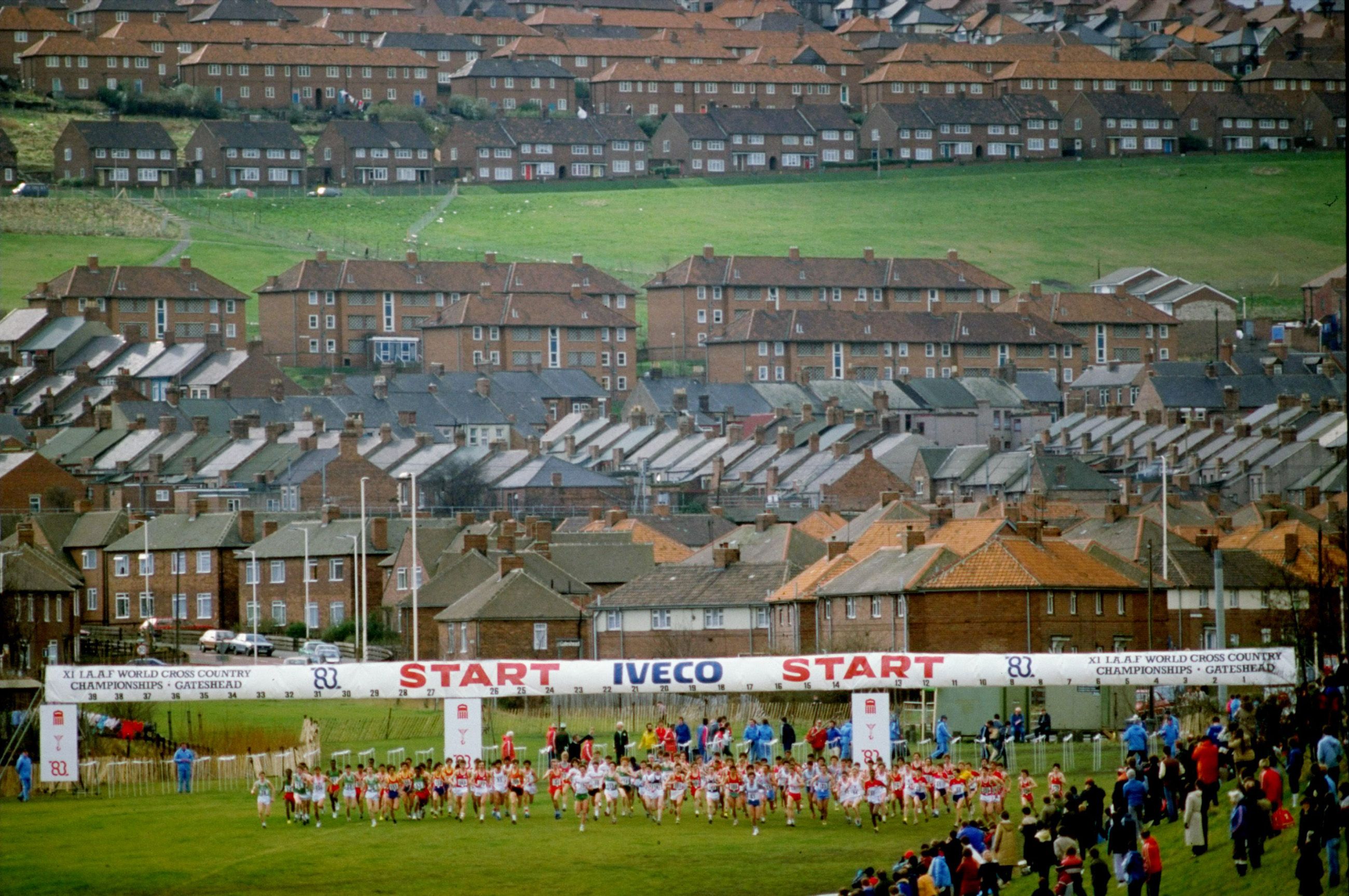 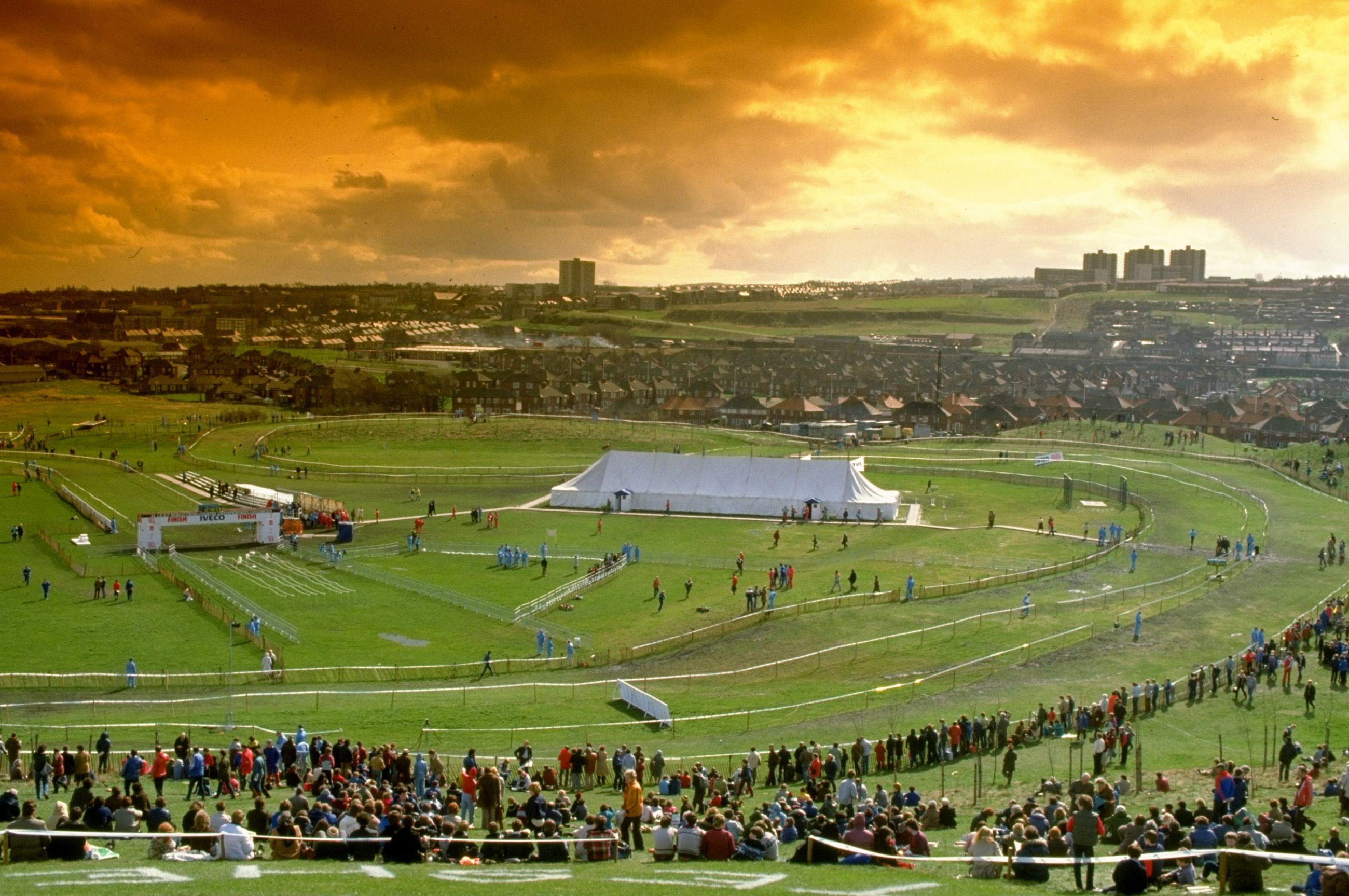 Waitz was not finished with Gateshead. In 1984 and 1988, she returned to Tyneside to win the Great North Run, passing the International Stadium at the three mile point of Foster’s famed half-marathon.

‘The Grete North Run!’ screamed the headline in the Newcastle Journal the morning after the first of those course record triumphs. Ten years after her sad passing, it is fitting that one of the sport’s all-time greats has been honoured with a World Athletics Heritage Plaque.

It is fitting, too, that Gateshead is getting ready to honour its own great athletics heritage.