Iten and Fukuoka, recipients of a Heritage plaque

The Kenyan town of Iten and the Fukuoka International Open Marathon Championship have been awarded a World Athletics Heritage Plaque.

Unveiling ceremonies were held in Iten on Wednesday (3) and in Fukuoka on Sunday (6) as both plaques were presented to local dignitaries. These ceremonies follow on from the original international announcements of the awards made by World Athletics on 10 May 2019 and 3 October 2020, respectively.

Since the plaque programme was launched in December 2018 by World Athletics President Sebastian Coe, 60 plaques have so far been announced across the world.

The World Athletics Heritage Plaque is awarded for “an outstanding contribution to the worldwide history and development of the sport of track and field athletics and of out-of-stadia athletics disciplines such as cross country, mountain, road, trail and ultra-running, and race walking.”

The plaque is awarded across five broad overlapping categories, offering the possibility to honour locations across our multi-layered global sport.

Athletes turn out in Iten

Iten, the Home of Champions, was awarded the plaque in the category of ‘Landmark’.

Ezekiel Kemboi, Moses Kiptanui, Mary Keitany, Irene Cheptai, just some of the distance running legends who hail from the town of Iten, which is also the headquarters of Elgeyo Marakwet County, were among the VIP guests in attendance at the ceremony. Dignitaries included host Governor Alex Tolgos, Kenya’s Cabinet Secretary for Sport, Amina Mohamed, and Athletics Kenya’s leadership, led by President Jackson Tuwei. The British High Commissioner to Kenya, Jane Marriott, and Brother Colm O’Connell, winner of the 2019 World Athletics Coaching Achievement Award, were also present. 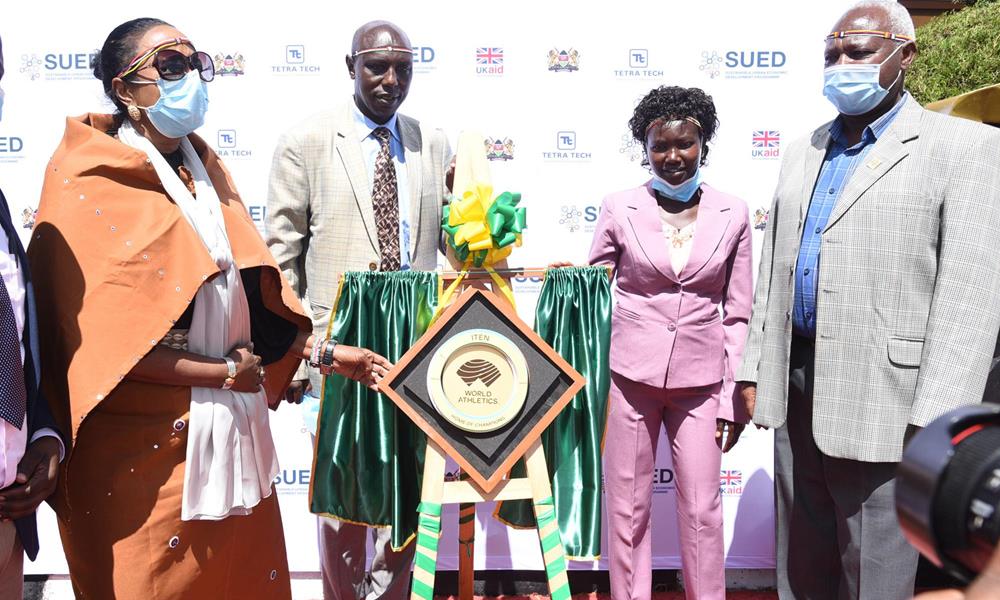 “We have unveiled this plaque today because it’s an honour to the whole country and subsequently the entire continent,” said Cabinet Secretary Mohamed.

“Iten has more champions than any place on the earth and this is beyond any reasonable doubt,” said British High Commissioner Marriott. “That it has been recognised is a great pleasure to all of us who want to be associated to it.”

O'Connell added: “As someone whose hands have moulded a good number of these successful athletes, this is the proudest moment in my coaching career here in Iten. I will live to remember this day.”

The plaque will be permanently displayed in the Governor’s office in the heart of Iten town.

The Fukuoka International Open Marathon Championship was awarded the plaque in the category of ‘Competition’.

The marathon, which was founded in 1947, was one of the six historic races recently honoured with the World Athletics Heritage Plaque. 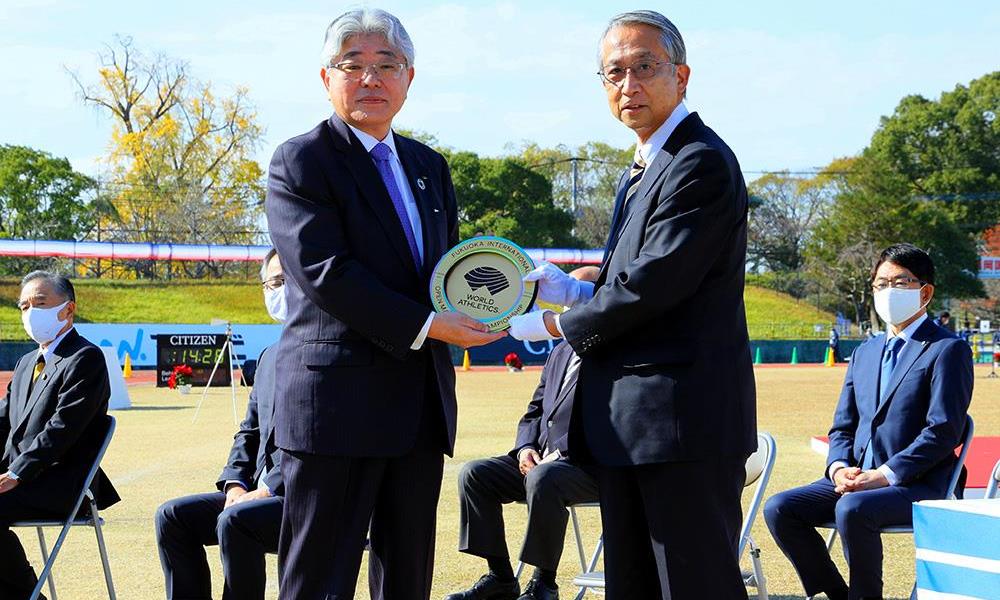 Appropriately, on Sunday (6), the race organisers took the opportunity of the staging of the 74th edition of the Fukuoka Marathon to hold their ceremony at which their plaque was unveiled.

The ceremony was led by Hiroshi Yokokawa, World Athletics Council member, who is the President of Japan Association of Athletics Federations. He was joined by Masataka Watanabe, President and CEO of The Asahi Shimbun, an official partner of the Fukuoka International Open Marathon Championship.

The marathon organisers are working with the city to find a permanently public site for the plaque which currently is on display at the offices of the race organisers in Hakata-ku, Fukuoka.

Chris Turner for World Athletics Heritage
with thanks to Elias Makori

BACK
Pages related to this articleCompetitions
Heritage Plaques