As I walked around the corner and saw the Eiffel Tower sparkling, I stopped and asked myself, not for the first time: how on earth did I manage to get here?

How could a wee 23-year-old Scottish heptathlete find herself in one of the most famous cities in the world, training at the prestigious INSEP — the Institut National du Sport, de l'Expertise et de la Performance?

It all started with one conversation.

I had just finished university in Glasgow in 2018, and I was struggling to find my rhythm as an athlete. I was still suffering from a stress fracture in my left tibia, following operations in 2017 and 2018. I wasn’t enjoying my athletics, and I was even considering giving up heptathlon.

I knew I needed a change and had been considering options in the UK. But I hadn’t yet found the right one.

In the meantime, my boyfriend’s job had taken him to Paris, and I was travelling back and forth between Scotland and France to see him. I knew a few French athletes from my time competing as a GB junior, and I had also met a French coach, Sébastien Levicq, in Arona earlier that season. So, I thought it would do no harm to check out some international options.

I sent a few messages and then continued travelling, weighing up my options and generally feeling a little unhappy.

Then in November, out of the blue, I got a message from Sébastien. He was keen to have a chat, and so we arranged to meet up the next time I was in Paris. A few days later, we discussed what I was looking for from athletics, and what I thought I could bring to a training group. And then that same evening, I got the message that changed my life. Seb wanted me to join his training group at INSEP.

From that point, everything happened really, really fast. We had a few things to line up between the Scottish and French Federations, but once that was sorted Seb posed the big question: could I move to France the next week, ready to start a new training block with his group?

People often ask me whether I was nervous to make such a big move. I tell them that it all happened so quickly, I didn’t even have time to think about it. Looking back, that was probably a good thing. Since I was regularly visiting my boyfriend, I already had a base in Paris. But as I went into INSEP on my first day to train – not with just any training group, but with a highly regarded one – I suddenly realised how daunting it all felt.

I’m the kind of person who can walk into a room and start chatting to anyone. That’s how I cope with new situations, by talking and making people laugh. In Paris I couldn’t do that, since I only spoke a little French and others only spoke a little English. But I was there to do a job, and since Seb and I could communicate well enough to get by in training, that would have to do for now.

I noticed the difference in my training immediately, particularly on the technical side. My throws are my weakest events and Seb (an 8500-point decathlete) and the athletes in my new training group are very good throwers. In my first few days, my coach examined all my events and established what he wanted to change. It took me a while to build myself up to train at the level of the others, but we started making some technical changes straight away. That included my long jump, one of my strong events, and it was scary to change that and put my trust in the unknown. But that was why I was here – to learn, and to improve.

Four months after I arrived in Paris, I was finally starting to settle in. And then my world turned upside down again. My boyfriend and I separated. Suddenly I was on my own, in a strange city, far from home.

That experience, painful though it was, would prove to be the best thing that could have happened to me. There was a time I might have asked myself: should I stay in Paris, or should I go home to Scotland? But I hadn’t moved to France for my partner. I had moved for myself.

I talked to people around me. My coach wanted me to stay and went out of his way to help me navigate the French bureaucracy required to get my own apartment. My training group wanted me to stay. And most importantly, I wanted to stay. I had come to Paris to achieve my goals, and I was surrounded by people who believed in me and wanted me to succeed.

And so with support from my new friends, and of course my Mum and Dad, I got a set of keys to my very own Parisian apartment, just five minutes from INSEP. But I’d found something else too. I was starting the next phase of my life with a new-found sense of confidence; independent and equipped with the tools to tackle whatever might come my way.

I came to France with not much confidence as a heptathlete, after years of injuries and, in my opinion, not much of a pedigree. But that doesn’t matter when there are people around you who believe you can do really good things, including inspirational athletes such as Nana Djimou, whom I really look up to. In the past, I might have hesitated to say I wanted to get the Commonwealth Games standard this year rather than next year. But my group is more likely to say, “that’s too low, aim higher!” I’m learning that I do have the right to be ambitious. I put in the work and I show up to training every day. I’m not just here for the sun – I’m here to graft. When I describe those goals, no one is laughing at me. They believe I can do it. That’s helping to grow my confidence.

And it goes both ways. While the group has a strong focus on technique, my strength is in running, something for which I credit my dad. He always taught me that running is 90% in the mind. When our coach tells us to take out the pace in the 800m, I have the mental strength to do that and I help the others along.

I’m also a positive person, and no matter what’s going on in my personal life, the track is where I’m happiest. I hope that shines through and helps lift others when they need it. And now we’ve finally got over the language barrier, I can give the group the benefit of my full chat!

I’ve got the confidence to know I can handle whatever life throws at me, and I can do it on my own. When my coach decided to move to Montpellier in 2020 it was such an easy decision to follow him and my squad south. I now have the opportunity to train at the same facilities as world-class athletes such as Katarina Johnson-Thompson, and there’s so much I’m learning from watching the world champion.

Scotland is my home, but France is where my passion is, so that’s where I need to be. No matter what I achieve on the track, I can look back on my athletics career and know I had the chance to train with the best in the world. Everything has fallen into place, and I really can’t be more grateful for where I am now. My boyfriend and I actually got back together so that had a happy ending. I’ve learned so much, not only in my athletics, but in life too and I couldn't be happier.

Just one conversation can change your life. That’s what happened to me. Grasping that opportunity with both hands led me to Paris and beyond. And if that can happen for wee Emma from Glasgow, it can happen for you too. 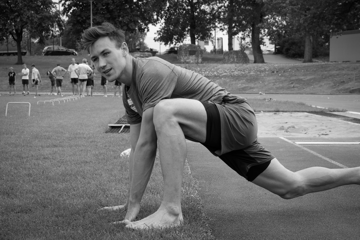 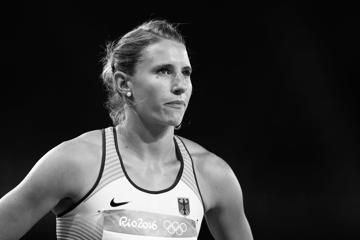 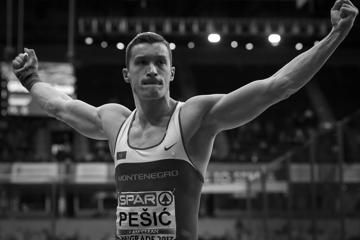